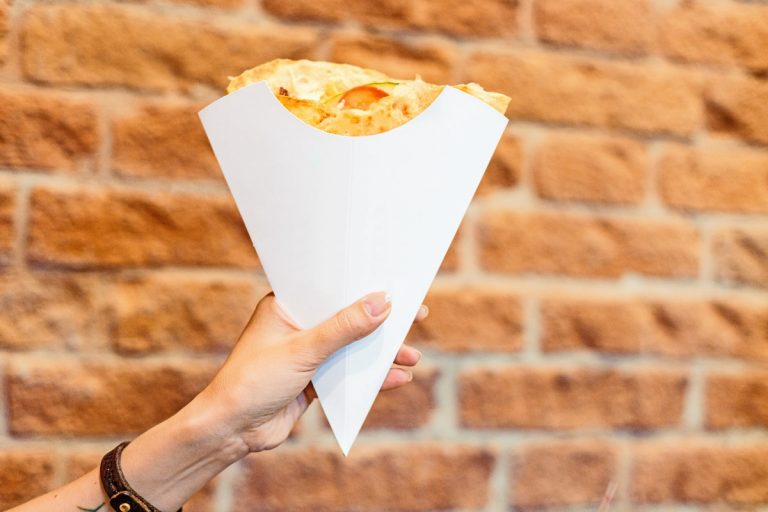 Vive la France, but above all its food! The flavours of French cuisine snacks are simple, classic and irresistible: here are its street foods not to be missed (some of which can also be made at home).

When you are in France it's impossible to resist the scent wafting from boulangeries, traditional bakeries where you can buy products for breakfast, desserts and high-quality artisan bread, starting with the famous baguette. But for a quick bite there are also the many kiosks making and selling crêpes, among the most traditional, cheap and delicious street foods around. Here are three of the most popular French street foods that are easy to make at home. 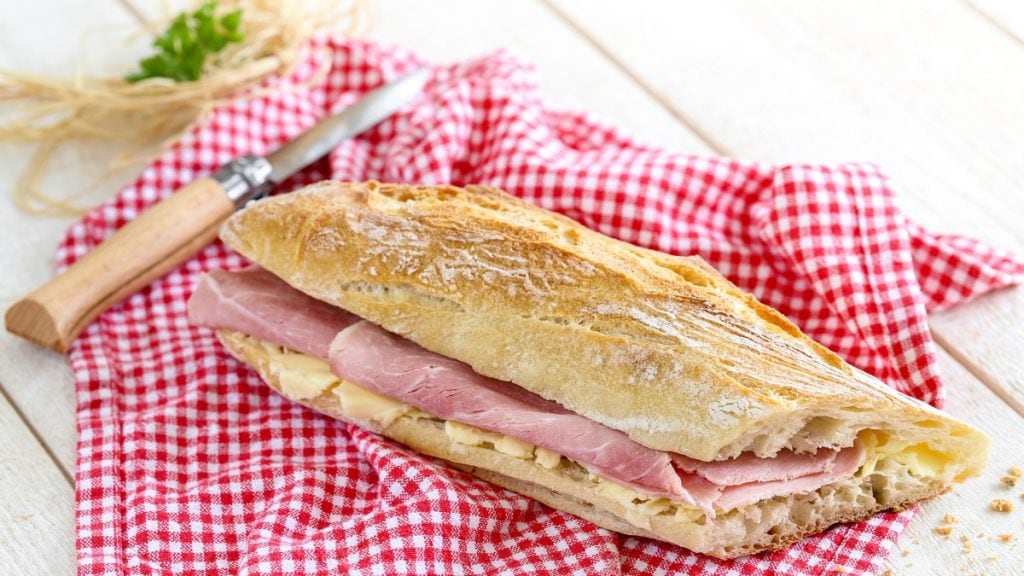 A classic pairing that never goes out of style: in Paris sandwiches are made with butter and ham, and are very tasty in their simplicity. Also called the Parisien for its association with the French capital, the sandwich became famous in the late 19th century thanks to the workers of the Les Halles market in Paris, and then reached its peak in the 1920s, a moment of splendour for the baguette. A practical and perfect modern bread to slice open and stuff. Crunchy on the outside and feather light crumb on the inside, France's most famous loaf was actually born, albeit in a different shape, in 19th-century Vienna, where the first steam ovens were being used, which favoured the formation of the golden and fragrant outer crust. Originally, the viennois was mostly consumed by the upper noble classes, but it soon became the bread of workers and the common people. The current shape arrived in the 1920s, thanks to the law that forbids bakers to work before four am: not being able to prepare the classic round loaves, the artisans opted for these elongated loaves, increasingly lengthening their shape so as to reduce baking times. 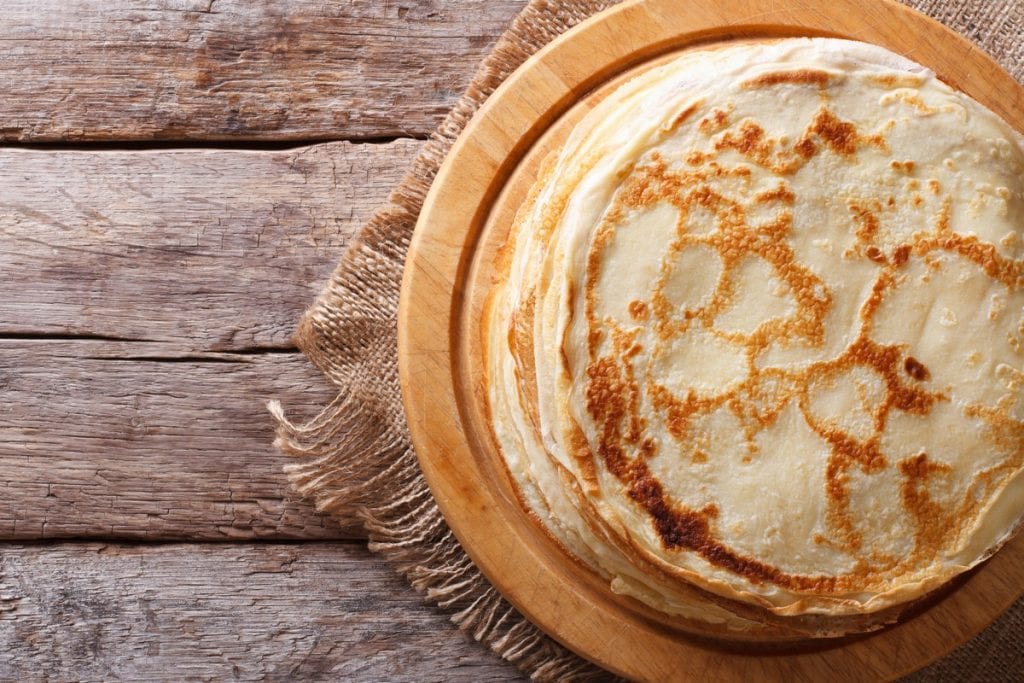 The many forms of crêpes

One of the most popular desserts of French cuisine is the crêpe suzette, a crepe with a sauce of sugar and caramelised butter, citrus juice and Grand Marnier, all served flambéed. But those found on the street, sold at kiosks and markets, in most bistros and snack bars, are less elaborate crêpes, filled with ham and cheese, mushrooms, vegetables or simply au sucre, with a sprinkling of sugar and lemon juice, an essential recipe that nevertheless knows how to conquer the palate of every gourmet. Soft and thin, filled and rolled or fan-folded, crêpes are a passepartout in the kitchen, a versatile product of unknown origin. They would have appeared for the first time in the Fifth century AD, when they were prepared to feed the French pilgrims who arrived in Rome to participate in the Candlemas festival: thanks to the ease of preparation, crêpes represented the ideal solution to refresh the most tired faithful, who then brought the recipe back to France. In any case, over time they have become one of the symbols of French gastronomy, and even today a taste of crêpes is a must during a journey to discover the Nation's traditional cuisine. 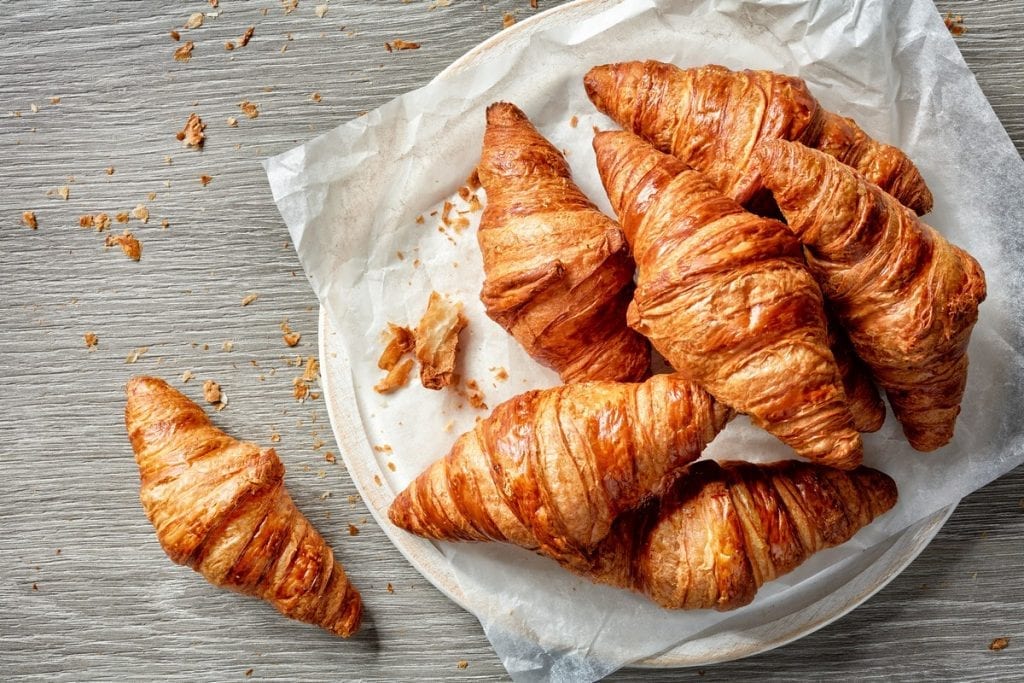 It is normally associated with breakfast time, but the truth is a taste of croissant is good at any time: especially for tourists,  flaky butter pastry has now become the quintessential dessert of French cuisine, which can also be enjoyed as a snack. Regardless of the time of day, the croissant has always been a true street food, bought at the bakery and then eaten while walking through the streets of the city. Popular stories maintain it was created to celebrate the heroic feat of the Viennese bakers, who in 1683 gave the alarm of the siege of the city by the Ottoman troops. Once the invaders were defeated, the Viennese wanted to celebrate with a dessert that had the shape of the symbol of the Turkish empire, the crescent (the name croissant actually means that). As in the best gastronomic traditions, however, facts and legends have overlapped over the centuries, creating a true myth around this buttery specialty. Other stories trace the birth of the croissant back to 1839, the year in which the Austrian artillery officer August Zang founded the Boulangerie Viennoise at number 92 Rue de Richelieu, in Paris. Here, among the many delicacies, the scene was dominated by the kipferl, a pastry filled with nuts considered by many to be the true ancestor of the croissant. The first written testimony of the specialty, however, dates back to the mid-Nineteenth century, in the volume "Des substances alimentaires", while the first written recipe arrived in 1906, contained in the "Nouvelle Encyclopédie culinaire."