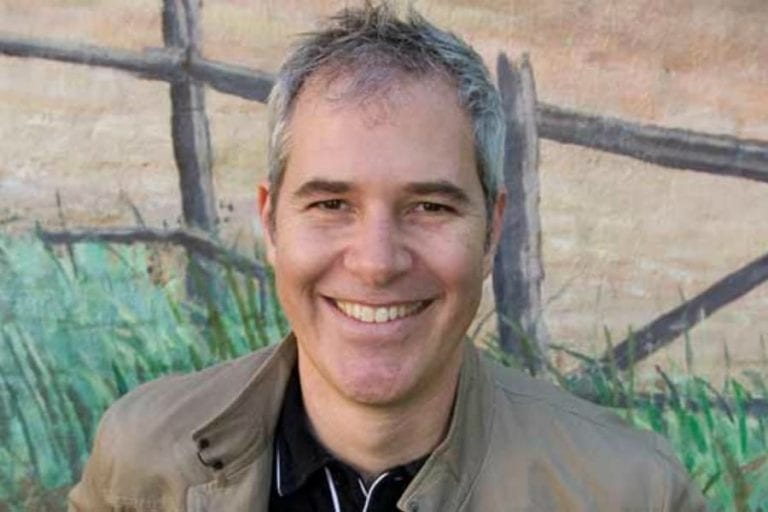 Slow Food USA is a branch of Slow Food International whose appointed executive director is Richard McCarthy, member since 2001. At the time he was working as an attorney for the farmers and workers of New Orleans, LA. His association born in '95 was called New Orleans' Crescent City Farmers Market. Many things have changed since. During Terra Madre Salone del Gusto we asked him a few questions to better understand how things are changing overseas.

What is Slow Food in America?

It’s the unity of coast to coast individuals, families, communities who are rediscovering their individuality and their identity through food.

Tangibly, what is it?

An organization that salvages communities, commercial businesses and the food itself thanks to edible schoolyards, farmers markets, food trucks, school programs aimed at teaching about agriculture, gardening and pastry workshops. None of this was happening 20 years ago.

Why the need to join all in a single movement?

This answers the question the majority of people pose themselves in the U.S.: why am I so alone? Why am I hungry for different things? Why are all the things that belong to us and that are given to us are so boring?

How is Slow Food perceived by the US Presidia?

The Presidia in the US need a larger public and bigger help in order to develop and grow their food, their community, their story and their narrative. The public needs to know and understand why we raise and safeguard these Presidia.

What to the Presidia in the US represent?

They are mostly focusing on Native American culture. The history of the Native Americans is for the most part still unknown. We don’t know what they ate and what their eating habits were. Presidia represent the possibility of telling that story.

In the '90s there were folks like me who worked with food. Except we didnìt know about Slow Food. When at the time I was reinventing farmers markets I kept asking myself so many questions, for example: what is the political project behind this? And how about the economic one?

Who answered these questions?!

In 1998 I found Slow Food. Actually, Slow Food found me: I received an informational packet in my mailbox. When we examined the project we smiled. We thought, “We’re not alone. There’s a community in Italy that’s trying to do the same thing we’re doing”. For many of us back then this project seemed like madness; farmers markets were few and small at the time.

How did things change?

Since then, and since 2001 when Slow Food established it national association, we noticed an enormous growth, reaching 150 local chapters located in various areas, and which organize events, tastings, meets, Slow Food member gatherings in the area, and ultimately supporting farmers markets... Our Twitter followers are increasing, and farmers markets have grown by 40%.

What are consumers saying?

Today they’re hungry for more. They want to connect with others through food. People have understood that food is a way to create social cohesion, since is gathers different people around the same table.

How did you manage such success in the land of McDonald's?

It’s ironic to think Slow Food exists in the homeland of McDonald's fast food, I know. But an increasing number of Americans are understanding there’s more out there. This does not mean they’re ready to fight fast food, rather more and more people are looking elsewhere. And the fast food offer is no longer that appealing.

Has there been a response by the fast food world?

They’re trying to offer salads and such.

No. People want something else. Perhaps not local, not clean, not healthy… non necessarily good, clean and proper, but different, something capable of breaking the fast food tyranny.

Is Slow Food perceived as democratic or elitist?

Difficult question. How can we think to live in the US and live happily, enjoying life? Remember, America is Protestant. Here only the successful are allowed to be content. Many think all we of Slow Food can do is sit and talk about beer, cocktails, wine.

Since it’s not all talk, what are your practical objectives?

We want to transmit to others the joy of enjoying food and the pleasure of talking about food. Plus we want what is also just and democratic, It’s all in the balance. You can’t have all pleasure and all justice. In the US we’re learning slowly to balance both sides.

What are you hoping to accomplish during your mandate?

I hope Slow Food USA can truly help build a food system that is accessible to all, connecting people and supporting leaders of the country in finding creative and effective solutions for eating issues like access and justice.

What are the main differences with Slow Food Italia?

The main difference is that our Country does not have as many native food traditions because populations indigenous peoples in America have been exterminated. We have destroyed their roots and their customs. The majority of our culinary customs today derive from immigration. We represent the mix that spans various cultures. This is a different dynamic that in Italy. We are the New World and everything is more complex for that reason.

by Michela Becchi and Annalisa Zordan
translated by Eleonora Baldwin