San Remo. Where to eat in the city of flowers Surrounded by hills of olives and cedars, interwoven with large cultivated fields and brilliantly-hued flowers, San Remo is set into the beautiful Riviera di Ponente. A town of 57,000 inhabitants in the province of Imperia, it is one of Italy's favorite tourist spots.

The Riviera di Ponente and the city of flowers

For many decades it was the vacation destination for northern Italy and France's most important families. Since 1951 San Remo has hosted the Festival della Canzone Italiana, a renowned televised song competition, but thanks to its mild climate, it is also famous for the flowers that grow here. They are raised in greenhouses and the open air in the first stretch of inland farms, close to the city. They are the entire zone's major asset, and in March, the festival of Sanremo in Fiore is held in their honor. A series of the Imperia province's municipalities share in the event, from Cervo to Ventimiglia, including Taggia, Dolceacqua and Pigna. With good reason, the area is also called Riviera dei fiori. What to see in Sanremo

Start from La Pigna, the historic center of Sanremo, to have an immediate grasp of the picturesque Ligurian town. A tumble of houses stand one next to the other. The streets are cobblestoned-paved and dark, the buildings tiny, the staircases steep. The Sanctuary of the Madonna of the Coast, dating to the 17th century, dominates the town. Climb to the top of the terraces for a breathtaking view of the city and the gulf. Leaving the historic center we come to the Torre della Ciapela, a protective wall erected by the Genovese around 1550 to protect against invaders. Nearby is the Cathedral of San Siro, built in the 12th century, then restored in the 17th century in Romanesque-Gothic style. But one of the most striking religious buildings, a few meters from the casino, is the Church of Cristo Salvatore. It was built at the end of the 19th century by Russian aristocrats on a design by architect Aleksej Scusev, then completed by Pietro Agosti. It is a surprising corner of Russian art in Liguria, and still overlooked and under-valued by the local inhabitants. 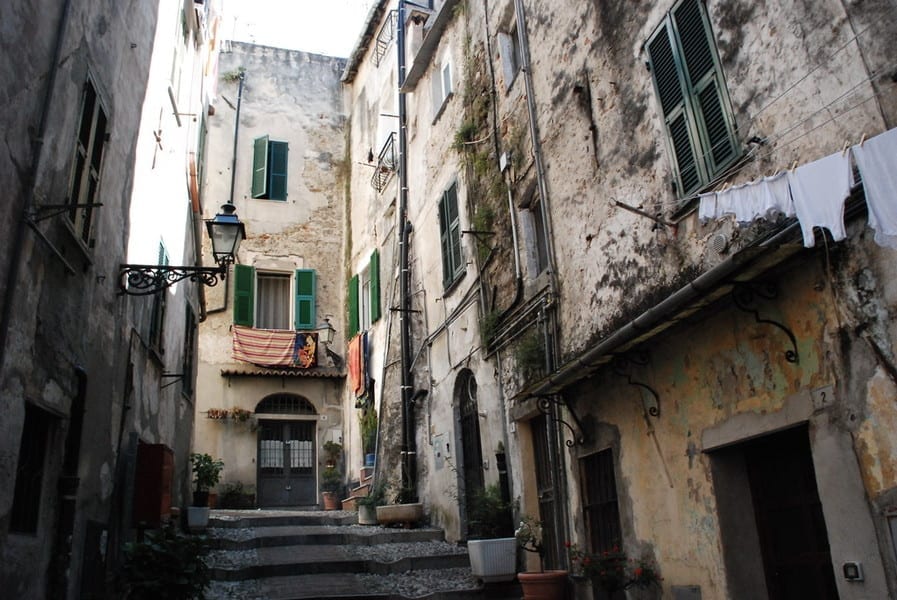 The cucina of Sanremo

Among the city's most typical snacks is sardenaria, pizza stuffed with a sauce of tomatoes, chopped onions, anchovies, oregano, taggiasca olives, capers and garlic. It is often served as an antipasto, too. Another favorite antipasto is brandacujun, based on baccala', potatoes and olives. It is also called baccala' mantecato alla ligure.Its dialect name comes from the verb brandare, which in ancient Provencal meant 'to shake'. 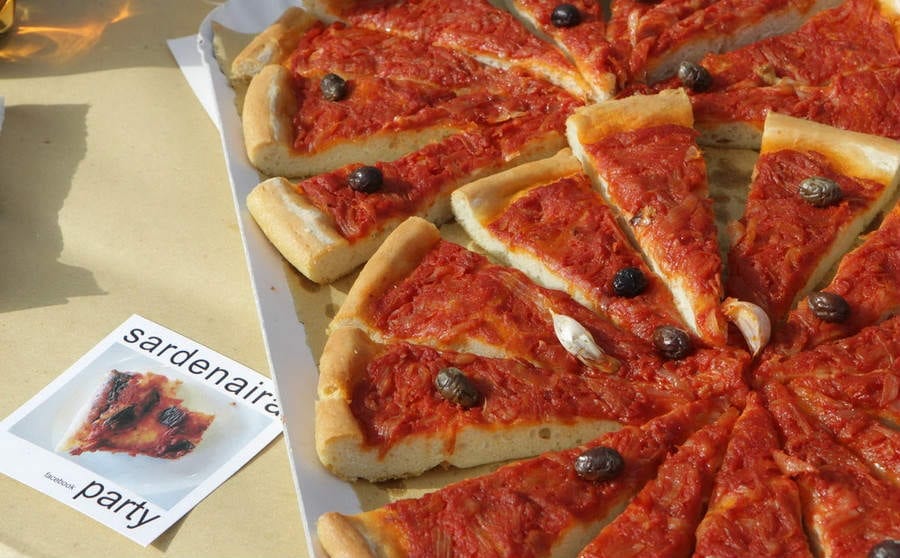 Among the first courses in the zone we find a variety of ravioli filled with ricotta and greens such as borage or chard. Another inland tradition is barbagiuai, fried ravioli stuffed with pumpkin and cheese. Rabbit alla sanremese is a local favorite, sauteed with onion, thyme, rosemary, celery, taggiasca olives and a few walnuts, then braised in red wine. The liver and head of the animal are cooked separately, then served as a pasta sauce Stroscia di Pietrabruna is a typical dessert everywhere in the province. Its flavor is dominated by taggiasca olive oil, the scent and flavor of lemons and herbs. As with another well-known Italian sweet, sbrisolona mantovana, the strosciais never sliced, but just broken up with the hands. The name of the cake comes from the Ligurian verb to break - strosciare. It's a great snack but also a convenient companion of picnics and day trips.