Rum: which one to choose and how to drink it? The experts have all the answers 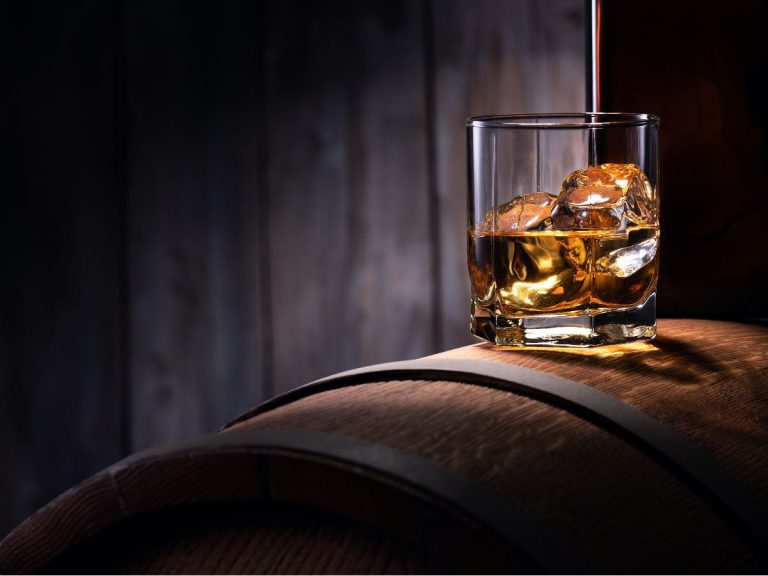 How is rum produced? What are the most suitable areas for rum? And which rums are best suited for mixology? What is Angels' share? And what is dosage? We asked two experts all this (and much more).

We asked Emma De Danieli and Francesco Pirineo of Compagnia dei Caraibi (a Piemonte company that deals with the selection, import and distribution of spirits) a few things about rum to find our bearings among the shelves of a wine shop or, why not, even at the supermarket.

How rum is made

Sugar cane is chopped and fermented with strains of yeast selected by the distillery, after which the resulting liquid is filtered and cleaned of waste (both solid and liquid, which some reuse as fertilizers for sugar cane fields). Then distillation begins.

The different types of rum

Rum can be made from the juice, honey or molasses of the sugar cane. The former is obtained from squeezing the sugar cane, the second from the reduction of the juice through high temperatures and molasses is instead the result of the reduction and subsequent centrifugation of the juice, but with the addition of preservatives (sulphites). Is one better than the other? No, or rather: it depends on the consumer’s taste.

A rum with herbaceous hints is obtained from sugar cane juice, here we are talking about agricultural rums with a French orientation (we will talk more about orientations or styles below). Sweeter rums with hints of caramel are obtained from molasses and honey. Usually the latter are Spanish or English in style. Therefore, in addition to the organoleptic differences there are cultural differences (for example in Barbados molasses has always been used and juice is more widely used in Martinique). How to approach a first purchase

Also in this case it depends on personal tastes, but for a first purchase perhaps it’s better to choose an English or Spanish style rum, such as a Barbados or Trinidad rum, because they are easier to approach as they are more traditional.

All spirits on the market reach their alcoholic strength of sale thanks to the addition of water. There are distilleries that use rainwater, others that are built right next to water sources, such as Diplomático which was built in the foothills of the Andes. The purer the water, the higher the distillate. On the final product, however, no organoleptic difference is perceived.

The macro subdivision of rums is given by white rums and dark rums. The former can be made with different types of raw materials – therefore both with honey, molasses and juice – and do not undergo long aging, with some exceptions such as Diplomático Planas rum which is white despite aging six years. The result is obtained thanks to filtering with charcoal which eliminates the typical colour of aging in oak, so as to make it perfect for blending. Normally classic white rums are fresher, more fruity, more “green.” tasting. And they are suitable for cocktails like Daiquiris or Mojitos.

Dark rums, on the other hand, are the most aged and mainly inherit the characteristics of the barrel in which they are aged. 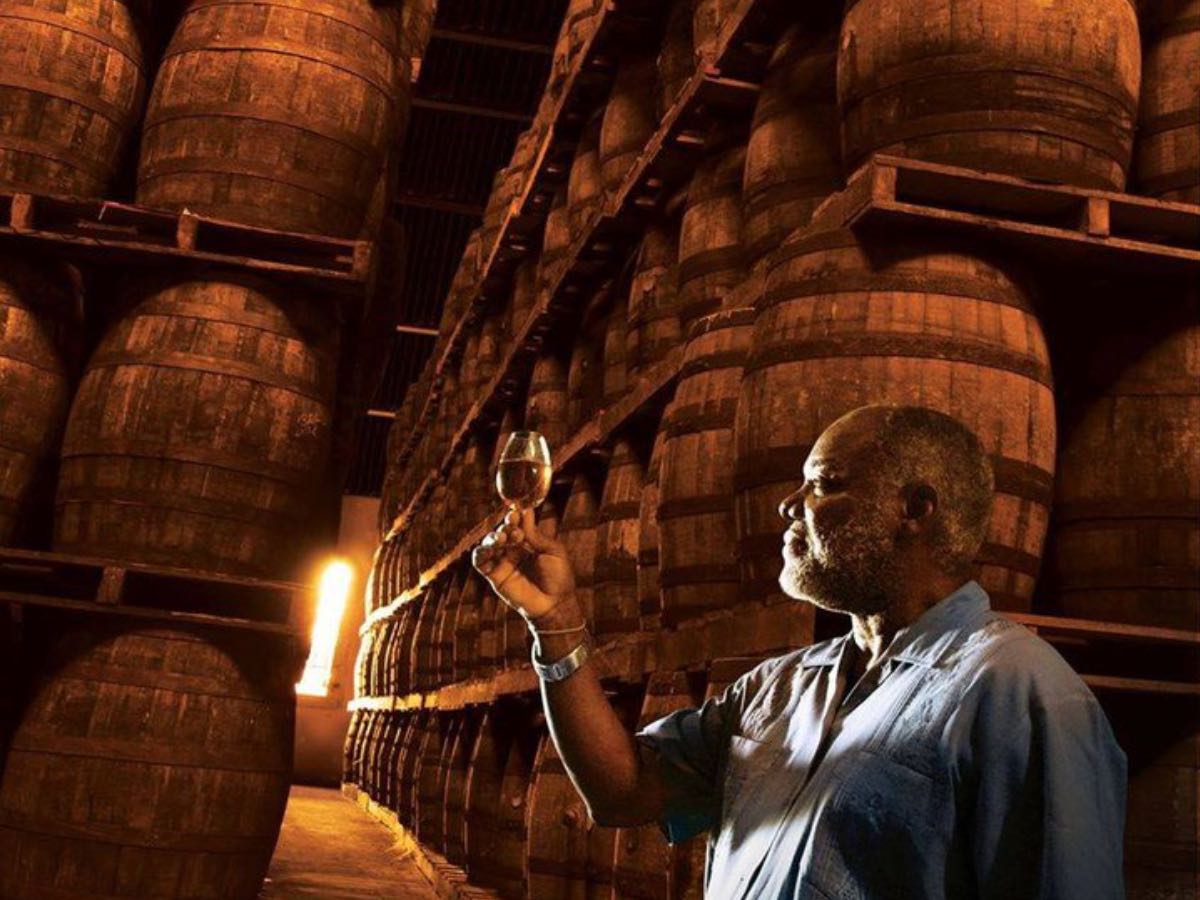 The type of barrel used

Traditionally, ex bourbon barrels are used because there are so many of them and because they are close to South America. Then, depending on the producer, rums can have a second aging in another type of cask (for example, Plantation rums age first in ex-bourbon barrels and then in ex-cognac barrels).

The type of still used

Another distinction lies in the distillation process and therefore given by the type of still that is employed. The types of stills are broadly 2: column (continuous) and pot still (discontinuous). The first produces lighter rums (technical term: light rum) and less complex, while more important rums come from the discontinuous still, both from a gustatory point of view and for alcoholic content. The latter are called heavy rums.

At this point rum is bottled by the single still or the liquids that come out of different stills are blended. What does this entail? It’s a bit like wine blends, so it doesn’t mean that rum made from a single still is preferable to a rum made from several stills. And vice versa.

A minimum of three years.

Origin and alcohol content, then in 80% of the rums also the type of still used, the dosage (addition of sugar) and the type of barrel used are indicated on the label.

The provenance already gives us an important indication of the type of rum we are going to taste. For example, a rum that comes from Martinique will most likely be an agricultural rum (from sugar cane) and French-style, therefore very fragrant. For example, if rum comes from Jamaica, it will be English-style molasses rum, the result of a long fermentation. Normally, rums made from molasses and honey ferment longer than rums made from sugar cane.

There are three types of orientation: French, English and Spanish, depending on the European colonization of the Americas that took place. The French style is the only one to have the AOC designation with a consequent specification that only admits rums from sugar cane juice (agricultural) and from Martinique and Guadeloupe. Clearly, outside of these islands rums can be made from sugar cane juice but they cannot be called agricultural or French rums.

What is the difference between the three orientations?

Generally speaking, the differences lie in the customs of each colonizer. The French, for example, have always been producers of cognac and therefore make rum with the equipment they use for making cognac, hence a French still. The same goes for the British and the Spanish, who, however, cannot count on an ad hoc specification. However, there is a generic specification for rum which since last year establishes a maximum limit for the addition of sugar (technical term: dosage) of 20 grams per liter.

The most suitable areas

Barbados – first evidence of molasses fermentation has been found here and it is also here that the first distillery was born in 1703 – and Jamaica. In general, however, the whole Caribbean area is suitable, as it is equally suited to the cultivation of sugarcane.

There are rums from Australia, Asia, Europe… What’s the difference? In addition to the raw material, another difference is given by the type of aging.

Broadly speaking, we talk about tropical aging and continental aging. The big difference between the two is given by the phenomenon called Angels’ share – in the Caribbean it’s also called Demon’s share (there is also a rum from Panama that goes by that very name) – or that part of alcohol that during aging evaporates: if a 100-liter barrel is aged in tropical territory approximately 8% of the product is lost, on the continental territory approximately 2-4%. This is why in Europe rum can age even for decades, while in the tropics they age much less. 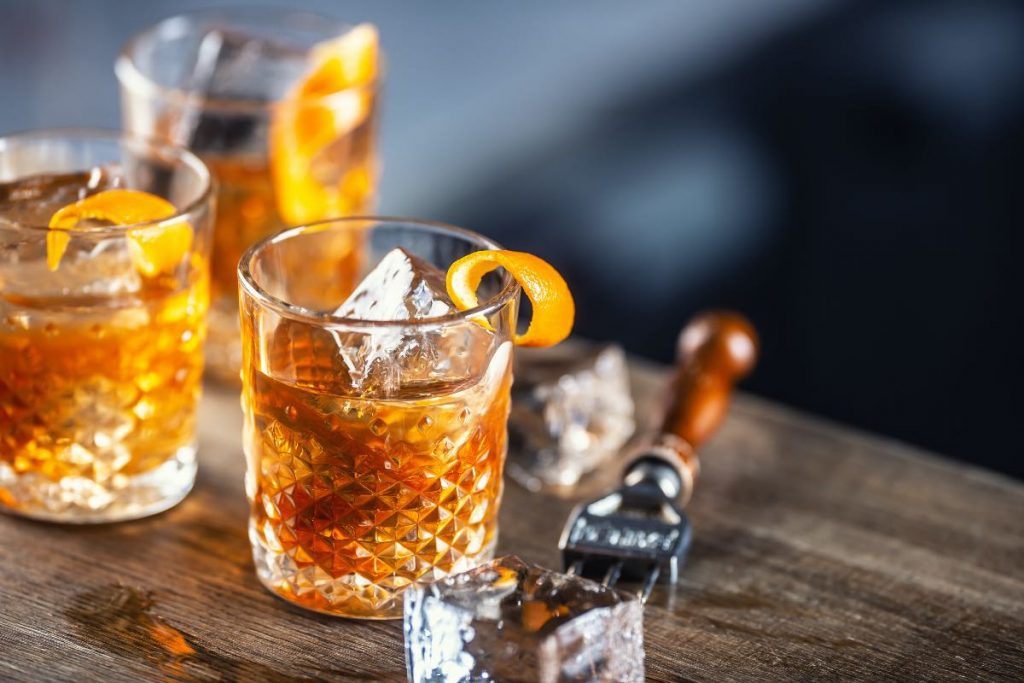 Which rums to prefer

It depends on personal taste. White rum has versatility: if I’m someone who delights in cocktails, then I’m on the safe side with white. Dark rum is instead a more complex product, preferably enjoyed neat (with or without an ice cube). Of course, dark rum can also be used in cocktails, but perhaps it is more suited to great classics like an Old Fashioned, for example.

How not to drink rum

As shots and not responsibly! It takes understanding… Then going into the details, the ideal serving temperature is room temperature, therefore not too cold (hard to appreciate the aromas) nor too hot (the alcoholic part evaporates). In a tasting, drink a glass of cold water between one rum and the other. And if it’s too hot, add an ice cube.

With classic dark chocolate, with dried fruits and surprisingly amazing with cheese.

How to store it

Not in the fridge and not even exposed to high temperatures. Better to keep it inside a dry, dark place. 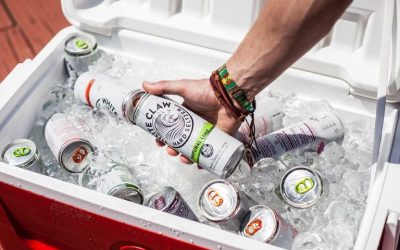 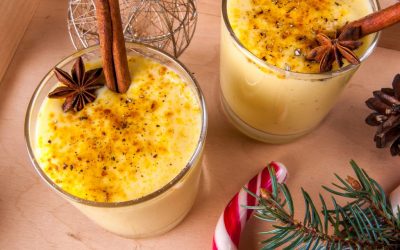