Roscioli opens in New York: it’s their first branch outside of Italy 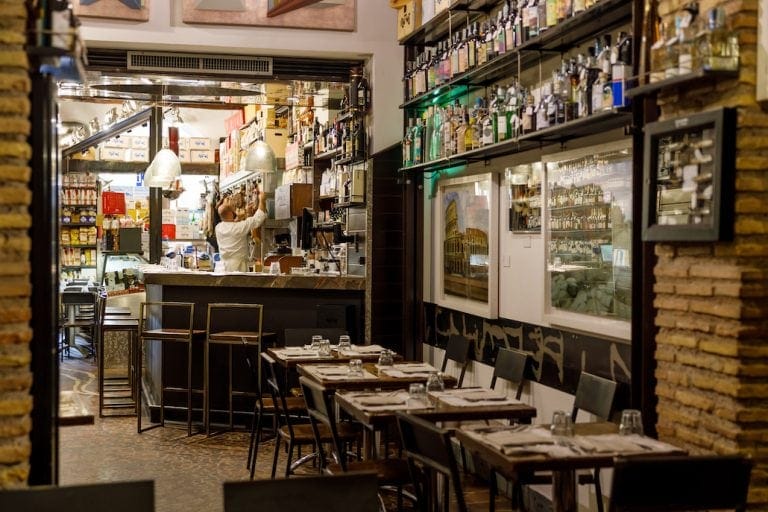 Shop, wine bar, restaurant: Roscioli brings the salumeria format to New York; it is the first restaurant of the Roscioli brothers outside of Italy.

Antico Forno is the origin of everything: from here Marco Roscioli, father of Alessandro, Pierluigi and Maria Elena, in 1972 gave birth to a family business which over time expanded to include different locations and offers. After the bakery, which had a makeover last year, and which has always been the destination of many gourmands at any time of the day, there was the Salumeria, taken over in 1991 and opened in the early 2000s, a place of good food and of fine wine: deli, wine bar, restaurant (which recently changed chefs with the arrival of Fabrizio Di Stefano), and then the café with its legendary club sandwiches, among the best in town, and finally Rimessa: traditional and delicious cuisine and a wonderful choice of wine, also offered in the Wine club formula, by Alessandro Pepe and Gaetano Saccoccio. A citadel of taste that has expanded from the epicentre of Via dei Chiavari covering the neighbourhood with successful establishments. An epic tale narrated in the beautiful book by Elisia Menduni, which retraces the stages of a business born within the Roscioli family, whose success has crossed national borders. To better understand it, just listen to the voices of the many waiting for their table, above all the most coveted, next to the shelves or the deli counter of the Salumeria, which seduces with the great products on display, a place of worship for those who appreciate the luxury of a signature cheese or a niche cured meat, the dishes that come out of a minuscule kitchen that offers great satisfaction, the important labels proposed with the competence of an expert like Maurizio Paparello, but in the informality of a delicatessen, albeit high level.

Today, however, a new chapter opens, because the new year marks Roscioli's landing abroad. The first branch outside Italian borders is expected by mid-2023, in Manhattan, where there are already headquarters of a number of Rome restaurants, such as Antica Pesa and Trapizzino, as described in the Top Italian Restaurant guide. The format is the same as the Salumeria, albeit adapted to the Big Apple: a mix of great local specialties, simple and delicious Italian cuisine, prime level wine cellar. With gastronomy as the driving force spilling from the windows overlooking MacDougal Street, in the SoHo area, a lively neighbourhood in Lower Manhattan, full of fashionable boutiques and trendy clubs. And the Rome brand fits into this atmosphere, which will bring half a century of experience overseas: "the competence in regards to ingredients, the relationship with suppliers, product management for us is our way of working consolidated by years of experience and of practice" says Alessandro Roscioli. The new place renovates the spaces that used to belong to Niche Niche restaurant, the same that hosted some events of Rimessa Roscioli that sanctioned the meeting and collaboration with Ariel Arce, owner of Niche Niche and Roscioli's American partner, an animated relationship and fun, not without stimuli and insights, explains Alessandro Pepe. An important step for the Roscioli brothers, who focus on their strengths: the plain white pizza stuffed with mortadella, for example, together with their most typical dishes, shelves full of specialties made at Roscioli and niche products, the wine cellar for tastings and meetings. We'll talk about it in a few months, but in the meantime the die is cast.