Rigatoni made with cricket flour by Riccardo Felicetti and Luciano Monosilio 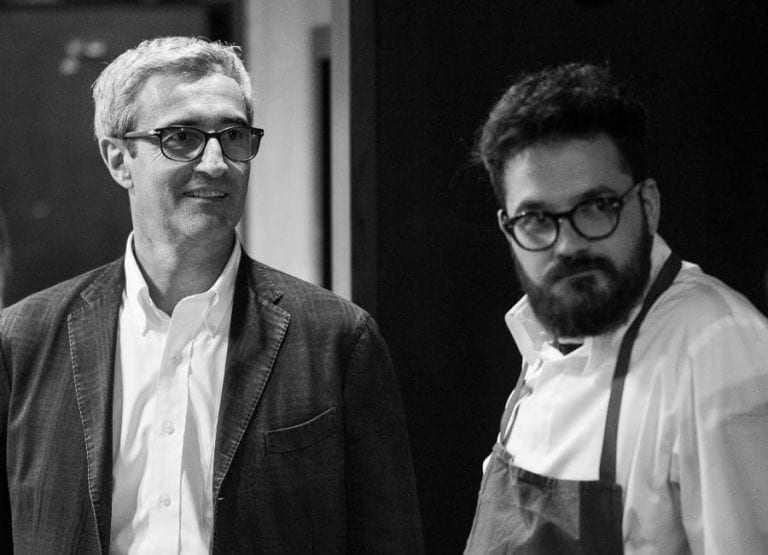 Riccardo Felicetti of Pasticificio Felicetti and chef Luciano Monosilio of Pipero have made pasta obtained with flour made with crickets. Let’s hear what they have to say about it.

Making pasta with cricket flour is not completely new, but it’s the first time a chef and a pasta maker offer this futuristic ensemble in Italy. “It’s an idea”, says Luciano Monosilio, “that I developed after travelling extensively to China, Vietnam and Thailand, and which I have designed thanks to the help of my friend Riccardo Felicetti. It’s an audacious endeavour, one because entomophagy in Italy is still considered taboo, and two, because we are violating a symbol of Italian cuisine: pasta”.

The role of entomophagy

Let’s take a step back first: what is entomophagy exactly? We asked Enzo Moretto, director of Butterfly Arc in Montegrotto, and of Esapolis, the Museum of insects in Padua, a collaborator on the project. “The consumption of insects as food by humansis nothing new: approximately two billion people feed on them, think the rural communities of South America, populations of Indonesia and China, Angola or New Guinea, for example. These don’t consume insects as a consequence of poverty, rather because it has been part of their culture for centuries, as well as being considered a delicacy”.Modern entomophagy however does not wish to enter a cultural question, it rather moves along the lines of ecology and sustainability, posing the goal of using a resource that’s hardly used, to feed the planet. “We are close to 9 billion. We have to start finding alternatives”.

Europe (and Italy) are the slowest in this race: “When defining novel foods, insects weren’t even considered, so for the time being there is a legislative vacuum that’s waiting to be filled”. In reference to Regulatory CE 258/1997, addressing novel food and alimentary security, non-conventional animal foods like frogs, snails, yet no word about insects. After this, the regulation was repealed by the UE 2015/2283 regulation, which opens the list to include insects. Practically, the issue has changed very little, since before being included and registered in a single European list, insects must be vetted by European Food Security Authority.“With the topic of modern entomophagy we are trying to stimulate EFSA in attempting to recuperate lost time, without ever imposing the consumption of eating grasshoppers. I’ll use a simile: if today an entrepreneur starts producing wine it will surely not be like it used to be made in the past. The winemaker will base production using modern technology. This is what we are talking about for our project.” In short, nobody is forcing us to ingurgitate larvae or whole crickets on the plate, but rather there are food projects involving culturally accepted insects, like flours that can be accepted as traditional.

This is the starting point adopted by Monosilio and Felicetti when they devised dried pasta made with cricket flour, obtained thanks to a precious collaboration with engineers and lab technicians of Gruppo Pavan (leading entity in the construction of pasta making machinery). The chef at Pipero underlines this:“Pasta made with cricket flour is a concept distant from eating a plate of whole fried crickets. We’d like to make the fine dining sector aware – many colleagues are already jumping on the bandwagon – demonstrating how taking on this path is doable: insects will not be the foodstuffs of the future, but can represent a healthy and sustainable alternative”. According to a study conducted by the Esapolis museum, in collaboration with University of Padua, it has become clear that Acheta domesticus (the name for domestic crickets) are very rich in protein; possess a low glycaemic index number and a double calcium supply. The data changes according to the insects diet, as explained by Enzo Moretto:“The only issue with cricket flour is that it contains many fats, which implies a shorter shelf life. Yeti f we modify the insect’s diet we can surely control this aspect. Alternatively, we will change species. Don’t forget this is merely the tip of the iceberg of an ever evolving process”. 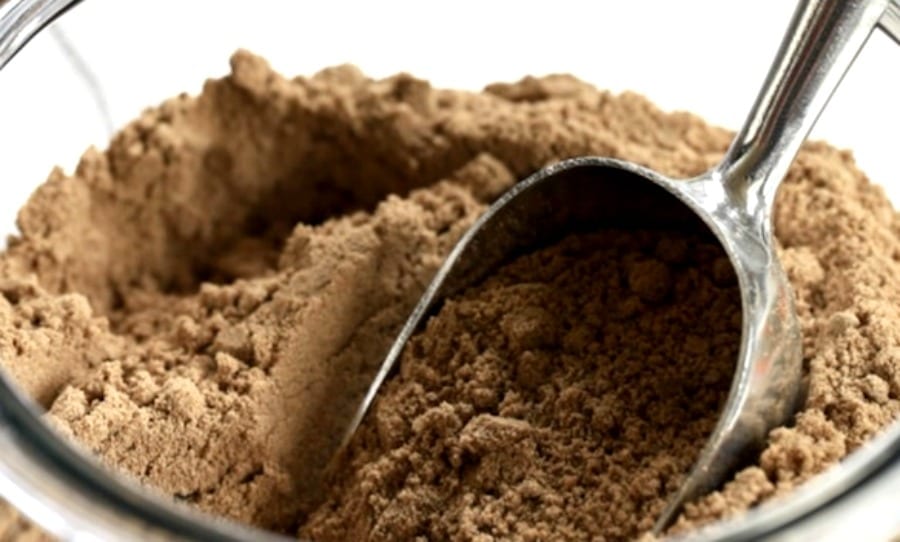 Flour made with crickets

Rigatoni made with cricket flour

The higher fat content compared to a wheat-based pasta does not only reflect on different nutritional values, it also poses a challenge for Riccardo Felicetti. Before nailing the final blend (made up with 80% durum wheat semolina and 20% domestic cricket flour, bred in Monselice by twin brothers Antonio and Giuseppe Bozzaotra) lots of testing had to be conducted. “At the beginning I didn’t know how much water the flour could absorb”, says Felicetti,“then, considering how the cricket flour contains more water-repellent fats, we added more water to the dough. At the end we solved some elasticity issues by changing the filters during the grinding process”. Once the desired extrusion thickness and degree of dryness were achieved, cooking time is only slightly less than regular semolina rigatoni.

The product is a light amber colour (reminiscent of buckwheat pasta), rough texture and slightly mottled. The flavour is intense and a lightly toasted finish. This is the pilot project waiting for Italian law to formally accept the production and sale of this novel food. The producers wish to be ready ahead of time. “I believe a pasta maker should enter the realm of research to be ready for future scenarios. The experience matured with Luciano and Pavan will be very useful for a future production, if it will ever see the light. In the meantime, we will continue to collect all the necessary elements to further develop the product, in view of a process standardization”.