Week of Italian cuisine in the world. Rare as gold in Germany: Mario Gamba 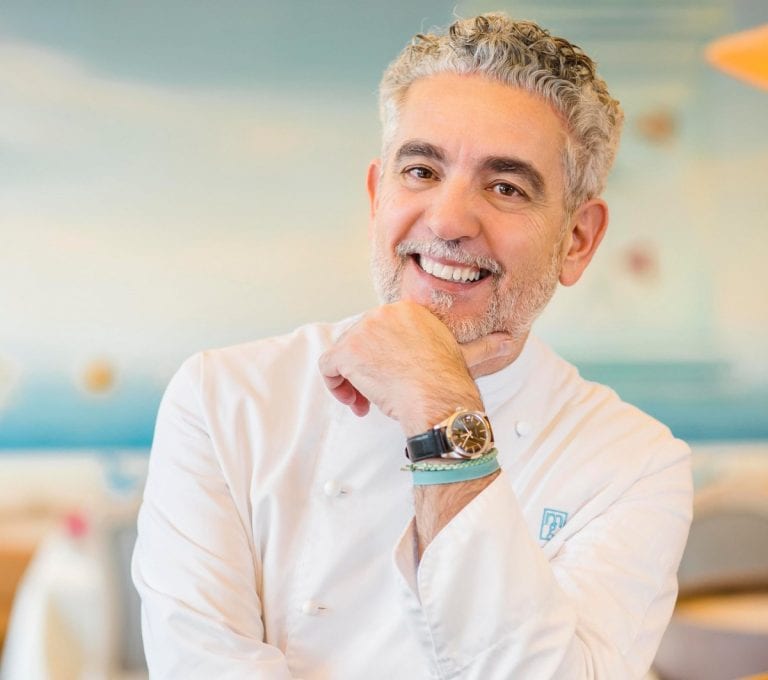 Mario Gamba's Italian restaurant in Munich is a real gem of Italian cuisine in Germany. Here's the interview with the chef.

Everything is ready for the inauguration of Mario Gamba's Italian restaurant in Santa Monica. It is 1994. On January 17, a few days after the opening, a strong earthquake damaged the structure, the restaurant is no longer accessible. "So I decided to return to Munich. In a short time I found the location and with a partner, in June I opened my Acquarello, I had carte blanche. It was my destiny." The restaurant at 36 Mühlbaurstraße represents the essence of Italian cuisine in Germany. At the end of December Mario Gamba was awarded the title of Chef of the Year by the Top Italian Restaurants guide, "For having reacted promptly and bravely to the difficulties of 2020, also proposing––through delivery service––a menu that is valuable for its technique and complexity, drawing on an inexhaustible wealth of regional recipes revisited with grace and skill." Mario Gamba is the master of Italian cuisine in Germany, the only chef with Tre Forchette recognition in a nation that's still behind in terms of Italian dining. It is technique and ingredient-driven. It is the variety of the product, which has no equal, but above all the flavour of the product. We are the land of the sun, with nature blessed a thousand times, from the Brenner to the islands facing Tunisia we have a wealth of wonderful flavours, rich in history and culture. Here Italian cuisine is still thought of as merely pasta and spaghetti, this is how they characterise it. But an increasing number of people know our regional delights that change every 30 kilometers, just like ravioli changes every 5 meters. And people are beginning to know that we have 600 different types of pasta! Certainly if Italian cuisine has become famous abroad it is for chef Gualtiero Marchesi, with the transition from informal dining to haute cuisine in the mid-Eighties.

What do you carry with you from your past experience with Marchesi?

Focus. Marchesi's message was based on culture and gratitude towards the value of the territory and of man. I met Marchesi and saw that he placed ethics at the centre of everything. He looked like a star, but he wasn't. He liked to provoke because he wanted to make people think, like when he wrote 'today's menu' and beneath it only a blank sheet. He put at the centre the vocation of the territory, of place, of the farmer who interacts with his environment. His regional interpretation was invaluable: he was the first to create a book on Italian regional cuisines represented with novel plating and photochromic style. I worked two and a half years in his dining room, I learned to give importance to simple things. And he had a special sense of humanity, I never heard him raise his voice. When he'd get angry he would go to the cheese fridge and eat a whole goat cheese log in two seconds. And he paid so much, so much importance to service.

What was your reaction to the Covid crisis? Did you dust off old menu classics?

We were the first Michelin star restaurant in Germany to offer take-out, we pivoted with delivery sold at 50% of our usual prices. The real satisfaction was receiving so many letters of support and congratulations from our customers. I felt the responsibility in regards to my staff some of whom have worked for me for many years. I thought about my son Massimiliano (sommelier and maître), Florian, Henry, my talented Japanese sous chef Shin Ichikondo, who has been with us for 8 years. We did not lose heart, we changed up the offer, significantly increasing our younger audience. The best-selling dishes? Classics such as veal in tuna sauce, cream of potatoes, braised beef in Barolo wine, or chocolate ravioli with orange sauce.

We will probably be closed until the end of February, up until Easter the situation will be very difficult. I'm nervous but optimistic, I had a whole new project, it's simply just postponed. I want to open a series of Pasta-manufaktur, homemade pasta workshops, focusing strongly on stuffed pasta, with small work spaces in plain view. I was ready to open in London, Vienna, Zurich, Paris and Munich. Now I'm reviewing everything and we will hit the ground running, once restrictions loosen. We will offer a few good elements, like coffee and desserts, all made in-house. I want to involve retired people, employ local young people who can only work a few hours a week; the social aspect will be at the forefront. For me it will be returning to the essence of cooking, putting products at the centre. Minimalism will be the basis of the Renaissance. Again: ethics before aesthetics.

In conclusion, introduce us to your gourmet Munich. Where would you take a foodie around town?

Welcome to the northernmost Italian city (he chuckles, Ed). Firstly, early in the morning we go for a German breakfast with a white sausage called weißwurst, which is mandatorily eaten before noon at the Zum Franziskaner in front of the Opera house. Then, at Dallmayr, a delicatessen shop, we tune in to German gastronomy, tasting sausages, filtered coffee, pastries and many other treats. Then we take a tour of the rooftops of Munich for a small aperitif at the Hotel Bayerischer Hof, with a beautiful roof garden. Visiting Tantris is a must: a two-Michelin star restaurant: the university of German cuisine for Northern Europe. It was also where I trained, all the best German chefs came out from there, from Witzigmann to Winkler. Haas has been there for over 20 years. And then, of course, the Schumann's Bar for an excellent cocktail. In the mood for a Japanese meal? At Nobu to the Mandarin Oriental, from whose roof garden you can see a brand new and beautiful Munich. For tea, served with excellent torte, the right place is Hotel Vier Jahreszeiten (on Maximilian street), which also offers excellent Bavarian cuisine. Among the beer gardens with jazz music, come summer, I recommend Waldwirtschfat on the outskirts of Munich. A democratic place, you can also bring food from home and just order a drink, it's a smaller place than the huge beer gardens typical of the city, and the intimate and convivial atmosphere is a gem.