Radio Alice in London is the new face of Berberé pizza 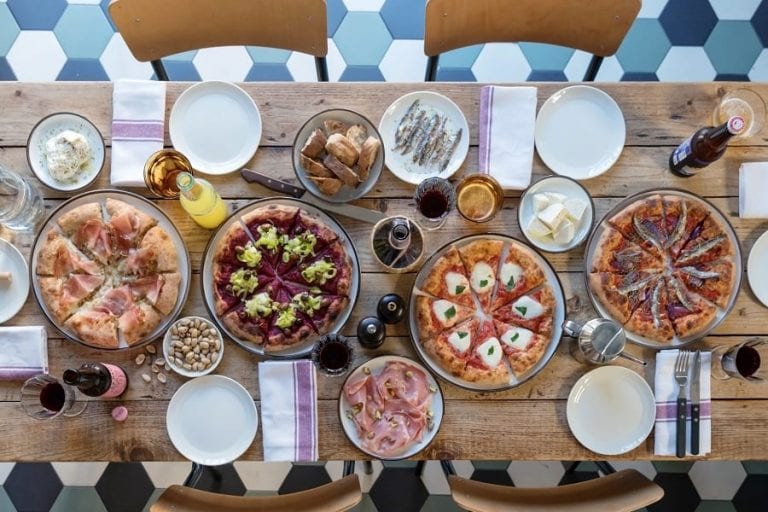 Having conquered northern Italy, the Aloe brothers behind the popular pizza franchise fly to London for the December grand opening of Radio Alice. New name, same attitude for one of Italy’s best pizza, now straight to the UK

London becomes pizza capital of the world, with Da Michele and Berberé

London is seeing two huge Italian food culture trends at the moment: fresh pasta kitchens and pizza. Everyone in the city is waiting for the grand opening of Neapolitan pizza shrine Da Michelein Stoke Newington from mid November, serving exclusively Margherita and Marinara pies, just like in the Forcella flagship pizzeria. Pizza news also hail from Bologna, with the equally top notch gourmet pies by Berberé. Brothers Salvatore and Matteo Aloehave crafted a brand new pizza concept, shaping a unique identity for Berberé that has found great acclaim in the entire Emilia-Romagna region, followed by applause in Florence, Turin and then Milan. Connoisseurs all over Italy are also lending the Bologna pies the attention they deserve, so why not open a branch on the other side of the English Channel?

The debut of Radio Alice

The London team led by the Aloe brothers will open Radio Alice, a new brand and homage to the city of Bologna by way of a hallmark city radio station symbolic of the early Seventies. This was one of Italy’s first independent radio broadcasts. To clarify their intentions behind the choice, Berberé: “Given the stereotypes on Italy are many and widespread, we wanted a name that called to mind the lesser known face of Bologna’s history and culture”. The grand opening of the pizzeria is due for this coming December, when the pizza joint will open its doors at 16 di Hoxton Square. In this case, the challenge is the result of a partnership with Emma King, the London co-founder of Gail’s bakery. She will supervise operations in order for the well-oiled Berberé model to settle comfortably into the new surroundings. Londoners will have therefore the opportunity of enjoying Salvatore and Matteo’s gourmet pies that are so successful on the home turf, with the same characteristics: extensive rising time, seasonal ingredients, (like ‘nduja from Spilingo and Caciocavallo, to gorgonzola and speck, by way of all-italian tomatoes), live natural starters and whole grain flours. The menu will feature the pies we love, paired to natural wines (like Libera Terra table wine) and a selection of regional and local ales and beers (La Bassa is brewed in partnership with Brew Fist and the Aloes), as well as local Kernel Brewery beers. Sweet endings stray from classic tiramisu in order to update the image of pizzeria desserts. The venue is an old, high ceiling school building in the heart of Shoreditch, nowadays a creative city district.