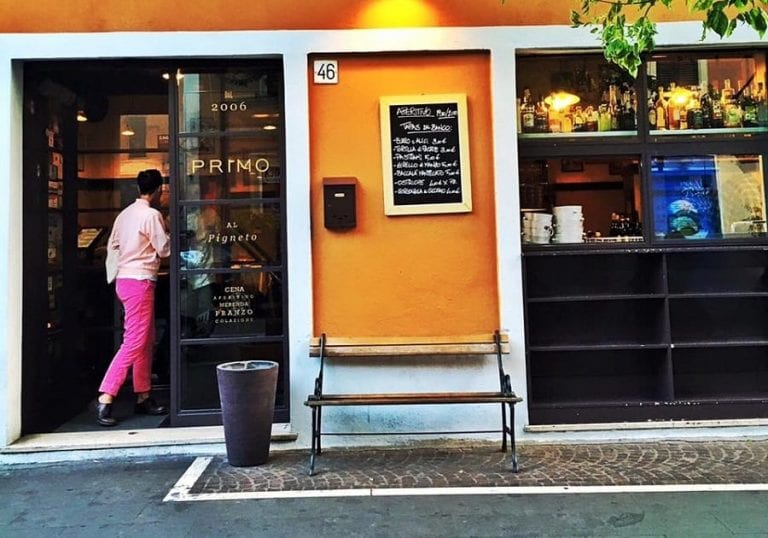 In 2016 it celebrated its tenth anniversary, but now Marco Gallotta’s kitchen on via del Pigneto as we know it and have come to love is about to put out its burners. The sad news arrives via a curt Facebook update: on July 1 the page turns. And now what?

2006-2016, ten years of increasingly fine dining in the heart of Pigneto, the vivacious Rome suburb elected as the city’s symbol of nightlife. Responsible in part for this moniker is the restaurant whose name, Prima, stood as the first of a series of quality openings due in the area.  And that’s particularly what happened, in good and bad in the area of Rome comparable to the Bronx and that in just a few years transformed in the city’s most unruly entertainment area. Often to an excess, and sometimes in contrast with those wishing to better serve their clientele. Hats off to those who “first” landed in this area and having to share space with neglect, decay, brawls, trash, street-side drug trade. Granted, this happens all over Rome, but in Pigneto there’s more of it.

The loss of an extraordinary identity

Only a few months ago the solid project celebrates a decade of hard work, surviving the local schizophrenic dining scene. Primo al Pigneto glides through trends, always serving a clear legible offer, keeping market and locality first, offering prime quality ingredients that are gracefully transformed in the kitchen by Marco Gallotta. His kitchen overlooking via del Pigneto reaches maturity over the years and wins hearts all around. The balance is kept in the dining room with an equally balanced and skilfully assembled wine list. A classic Rome dining destination, unfailing in its constant service, a place for a fun and informative meal, with an extraordinary identity. And with loyal customers in the tens of thousands.

And let's not forget the Rosti projetc: a kind of food festival shaped into a restaurant, with hanging lights, open-air seating, lawns, vegetable patches, trees, social tables and bocce ball courts. All in the heart of Pigneto. Rosti opened as Primo's smaller cousin, six years later, in 2012. A simplified kitchen, bigger numbers, no tablecloths and crystal stem glasses, no champagne and oysters, but lots of fun, quality and rhythm. We don't know what future holds for Rosti, but we have a feeling things will change there too.

Probable sale to another group

In 2017 the page turns, however. The desire to change, evolve and giving its most elsewhere are the probable causes for the closure. Another reason may be the offer of other large Rome restaurant groups, whose intent may be to enter the Pigneto niche. But whose dining philosophy will never equal the uniqueness of Primo. And so the project of Massimo Terzulli and Marco Gallotta comes to an end. The newsflash stunned many: “From July 1 Primo bids farewell to its friends and to all those who loved it and all of you who, in these 11 years, have licked their fingers. We will see you again in another form, in a new space, tasting new flavours. On our part, a huge thanks to all of you for participating with appetite and passion to this incredible adventure”. This message posted on the restaurant’s Facebook page leaves no doubt. Primo will be in service for the next few days until the end of June.

Come July 1st, the doors of Primo will close. Reading in between the lines a glimmer of hope “in a new space, tasting new flavours”.

Let’s wait to see where ambition and will to change will bring Marco Gallotta, in the hopes of finding once again that same energy and brilliant ideas (in this case emerged from the happy encounter between Marco Gallotta and Massimo Terzulli) of Primo in the last 11 years. The spark is there. Whether in Rome or in a different city, or abroad – we’ll see. 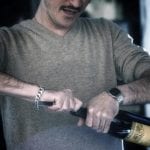 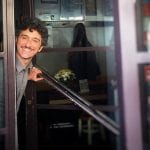 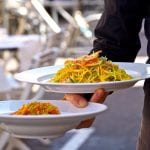 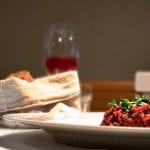