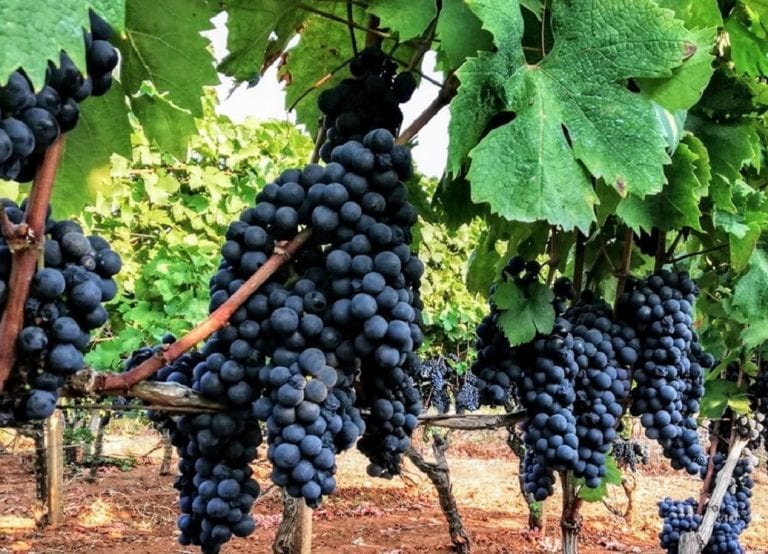 Discovering the Produttori di Manduria cooperative. For us, worthy of the Sustainable Viticulture Award.

The first group of producers met 90 years ago, and after a few years the winery was born: it was 1932 when the Produttori di Manduria cooperative saw the light. For years the production was relegated to bulk and cutting wines, then in the mid-90s, things changed.

Today it is the most important wine reality of Manduria, with 400 members who give grapes from a total of 1000 hectares of vineyards. And a constant commitment to the environment, to natural approach and to the social element. Sustainability is in fact seen as a whole, and leads to ethical, social and economic choices, as well as in the field of protecting nature and limiting environmental impact. Hence the adoption of virtuous behaviour, the reduction of energy consumption and waste, the use of energy from renewable sources are one with the choice of agricultural practices in harmony with nature. Reasons for which this year the Sustainable Viticulture Award was assigned to the Produttori di Manduria cellar. We talked about it with General Manager Vittorio Moscogiuri.

When was the Produttori di Manduria cooperative born, and how did it develop over time?

This is the oldest cooperative in Puglia, and one of the first in Italy. We were born in 1932 on the foundations of a group of producers who had joined in 1929, initially combining only retail, and then founding a common cellar.

The choice was almost obvious: the town was at the centre of the Salento production regions and above all it was connected with the railway network, something that was necessary up until the 1960s to optimise retail distribution, so much so that all the companies were located along the railway line. Our cellar was even connected to the railway with a tunnel that passed under the Taranto - Lecce ring road.

In the early years, was the work different from what it is today?

For many years production was centered on bulk and cutting wine. Primitivo was, more or less until the 1990s, mainly a cutting wine, that is used in part to improve the wines of the central-northern part of Italy. It was an ideal product for this purpose, of superior quality in colour, alcohol content and structure, but with little identity, because traditional processing involved a very fast fermentation and with temperatures above 40 degrees, thus burning the typical aromas and flavours of the grape and of the territory.

When did the change of pace and objective take place?

Our current president Fulvio Filo Schiavoni was elected in 1995, and in the mid-1990s we decided to invest in equipment to improve the winery's product, in particular to control temperatures. At the same time we worked to establish the consortium for the protection of Primitivo di Manduria. Our first high quality wines date back to 1996, and I still remember with pride and a little bit of tenderness that we were immediately rewarded in Torgiano in 1997. It may seem like a small thing, but it was the confirmation that we were on the right path.

What is the current reality of the Produttori di Manduria and its role in the territory?

We can surely define it as a reference point, and for various reasons. We moved from a company with 4 employees, 50 invoices per year and a sale mainly related to the bulk product to a current 50 employees and 400 members who contribute grapes from approximately 1,000 hectares. We are the most important wine reality of Manduria. Consider that Manduria has 30,000 inhabitants and that 450 families work directly with us. It can be said that around 25% of the economy of Manduria is linked to our activity. An example of the attention paid to the territory was the creation, housed in a 19th century building on the site, of the Museo Civiltà del Vino, which counts on an upper floor of 1,000 square metres, containing the great equipment used in the last century for agriculture; on the lower level of the museum we transformed 32 old wine tanks into as many exhibition spaces.

Organic and sustainable: when did you decide to move in this direction?

We are a company that has always tried to anticipate the times. Since 1999 we have been ISO 14001 certified and since 2001 ISO 9001. Of course, working organically in a cooperative winery of around 1,000 hectares for 400 members is almost impossible. We have members who cultivate 2 or 3 hectares, and practically none exceeds 10-15 hectares. A vineyard can be certified organic, but if it does not have a high surface area with bearings that act as a filter with respect to its neighbours, it's a bit moot. We could make organic certified wines, since some members work organically, but we do not claim them.

What does sustainability mean to you and how does it manifest itself in the company?

For us, sustainability is a very broad concept, which affects not only the relationship with the environment but also the ethical, social and economic dimension. A fundamental first step is showing respect for employees and members, the first all with regular employment contracts, the latter paid the right to allow the development of their business.

Then there’s the environmental aspect...

We are developing a new vineyard plan, we have brought the production of clean energy from our photovoltaic panel systems to 130 Kw and made a power supply contract coming 100% from renewable energy sources. But this is not enough if there are no virtuous behaviours. Hence the spasmodic control over consumption and the impact on the environment, therefore lower use of electricity, through the progressive change of all the lighting in the winery, and maintenance aimed at avoiding unjustified energy waste, such as the change of a transformer that did not work well or more attention to water use during our work, a factor that greatly affects the environment.

The most significant example is perhaps what we did for the disposal of stalks: the unloading of the stalks was very noisy and annoyed the neighbourhood community, plus pesky dust formed and we were forced to use many trucks to dispose of them. We purchased an underground shredder that reduces noise, eliminates dust in the air and also reduces our carbon footprint, because the volume has been reduced by six times compared to before, and so we use 1/6 of the trucks to transport compared to before. An important expense and certainly not immediate depreciation, but decisive for reducing environmental pollution.

By now it has become almost a craze: in June we installed an electric car supplier to recharge our customers' cars for free––although in this case there is also an immediate advantage: charging the car lasts between 40 and 60 minutes and therefore often those who stop to charge up end up visiting the museum, taste the wines and buy bottles!

What are the plans for the future?

Starting in May, we began the certification process for two Primitivo di Manduria Riserva, the Sonetto and the Elegia, as sustainable products that will hit the market in a couple of years. A Fiano will also be coming next year.

We have chosen to produce these wines from vineyards in the dry-culture regime, to minimise use of water. That the path chosen is the right one is confirmed by the partners who supply grapes for these labels, who were enthusiastic about adhering to the sustainability standards set by the winery.