Obesity Day, 1 out of 10 Italians is obese. Children run the biggest risks 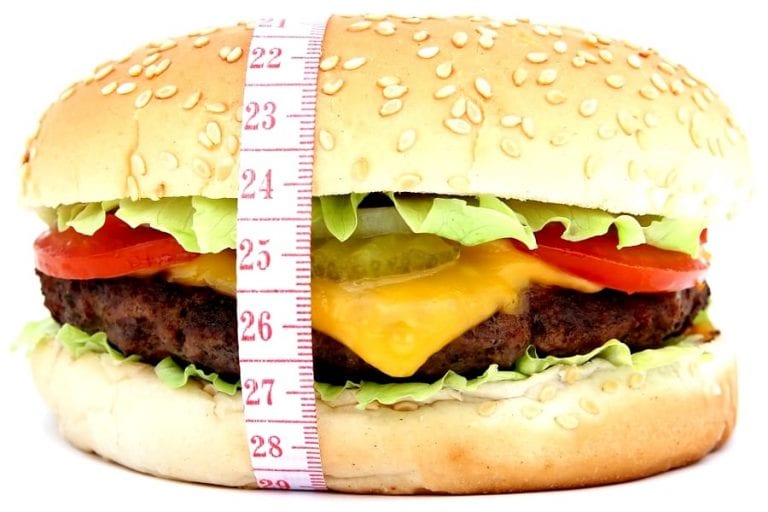 Hamburger[/caption]
Overweight – a condition that should not be underestimated – affecting almost half of the Italian population. On Obesity Day (October 10), world day to shed light on the issue of obesity, worldwide talks were all on health and nutrition, including the country that has made food part of its lifestyle.
Obesity: the figures
One out of ten Italians is obese, 46,4% of persons over 18 exceeds target weight, while 36,2% is overweight. These figures are in constant growth, with serious threats to health. Excess weight gain is not merely an aesthetic issue, can cause in the majority of cases diseases like hypertension, diabetes, celiac disease, allergies and intolerances of various kinds. According to the studies conducted by Coldiretti/Ixe' for Obesity Day 2016, 25% of Italians in the last year has been on some sort of slimming regime, 14%has changed eating habits because of an illness like diabetes, hypertension, cholesterol or celiac disease. The issue is not individual, rather weighs on the entire national healthcare system. The total of Italy’s obese people is nearly 6 million and 21 million are overweight, a little under 60% of the entire population. The weight issue is more widespread in the southern regions, especially the regions with a longer coastline: in Campania overweight targets 61,6% of the population, in Sicily 60,6%, in Puglia 59,1%. Molise hits the record: 64,8% of adult males are obese. To the contrary, northern Italian citizens are more in shape, with Trentino-Alto Adige taking the lead, followed by Valle d'Aosta, Piemonte and Lombardia.
The Mediterranean Diet: a weapon against obesity
In order to contrast excess weight and stay in shape, the advice is commonplace yet very important, starting with proper nutrition as well as a regular workout. The Mediterranean Diet, in particular, is a true weapon against eating imbalance. Research reveals how people who regularly eat bread, pasta, fruit, vegetables, extra virgin olive oil – and one glass of wine – earns in longevity and well-being. It is thanks to the Mediterranean Diet that Italy takes the lead in Europe in male longevity, with an 80,3year average, and third place for women, 85,2 year average.

If the problem until very recently was restricted to adults, in recent years there has been a significant increase as far as children obesity. In Italy in 2014 2 out of 10 children aged 8 - 9 was overweight (20,9%), and 1 out of 10 was obese (9,8%). For this reason the Italian Ministry of Health has launched the “Okkio alla salute” monitoring office. The authority monitors children and pre-adolescent nutrition, as well as their lifestyle and physical activity attitude. This year’s Obesity Day was focused on children in order to shed light and attempt to solve an issue that is growing in Europe. The action plan for 2014-2020 with member nations is a common base springboard to implement national policies to contrast obesity.