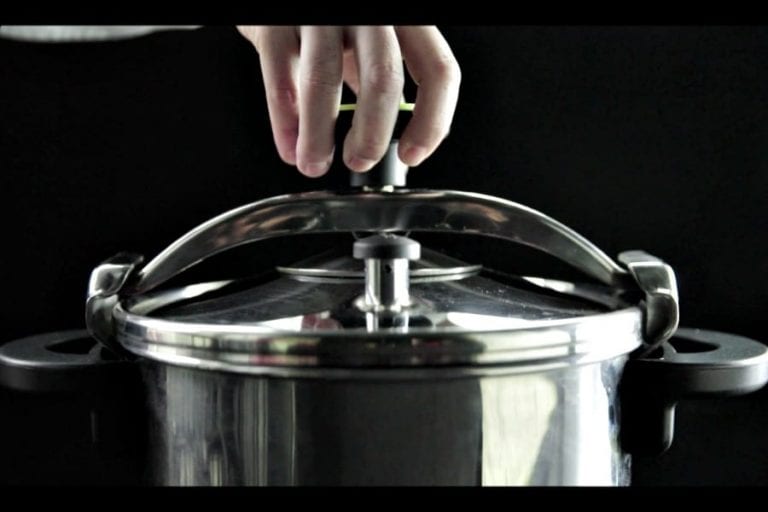 In the '60s and '70s the golden era of the pressure cooker, no cup of broth was cooked without it. Recently it is living a second renaissance in titled kitchens. Niko Romito, Massimiliano Alajmo and Spanish Ricard Camarena tell us all about it.

The idea was first created in 1600 by French physicist Denis Papin (he also invented the steam engine) to resolve the eating emergency caused by a famine – he was looking for a way to make pork bones edible. Only in 1900 was Papin's blueprint approached again by a French company, patenting the idea and putting the pressure cooker on the market. How does it work, exactly? It all focuses on the boiling point of water which varies according to how much pressure is exerted. At high altitude, in fact, where atmospheric pressure is less than at sea level, water boils under 100°C temperature, while if pressure is above average, higher temperatures are needed to reach boiling point. Following this principle, the biggest advantage of using the pressure cooker is cooking foods in a shorter time, while still maintaining nutritional values and flavor intact, because of the high temperatures that can be generated within its interior. 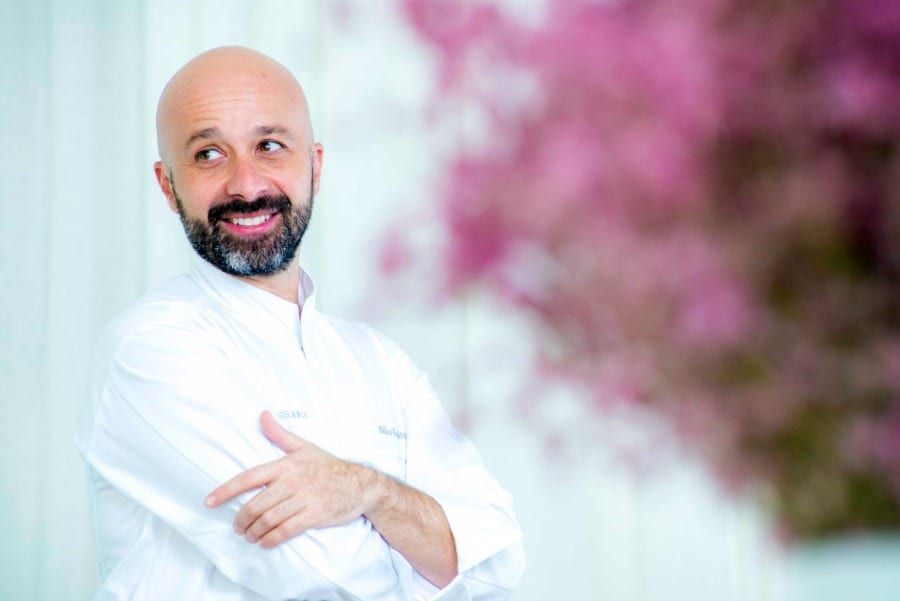 Niko Romito and pressure, both high and low

The Abruzzo native chef is working with pressure at 360 degrees (no pun intended). On the one hand with low pressures, on the other using the pressure cooker for high pressure cooking. "In order to cook with low pressure it's necessary to adapt the atmosphere and work in a depressurized environment". Obvious then that the cookers used by Romito are custom-designed especially for him. "I work with modified pots, in which air-extracting pumps have been added as well as manometers that tell me how much pressure is generated inside. These pots allow me to lower the pressure, and therefore reach boiling point temperatures according to my needs". The concept is applied mostly to cooking meats. An example? "If I insert squab in a liquid that has reached boiling point at a controlled temperature, around 57/58° C, I manage to maintain the meat's proteins intact, while respecting the texture of the tissues, which will result in a more compact feel". 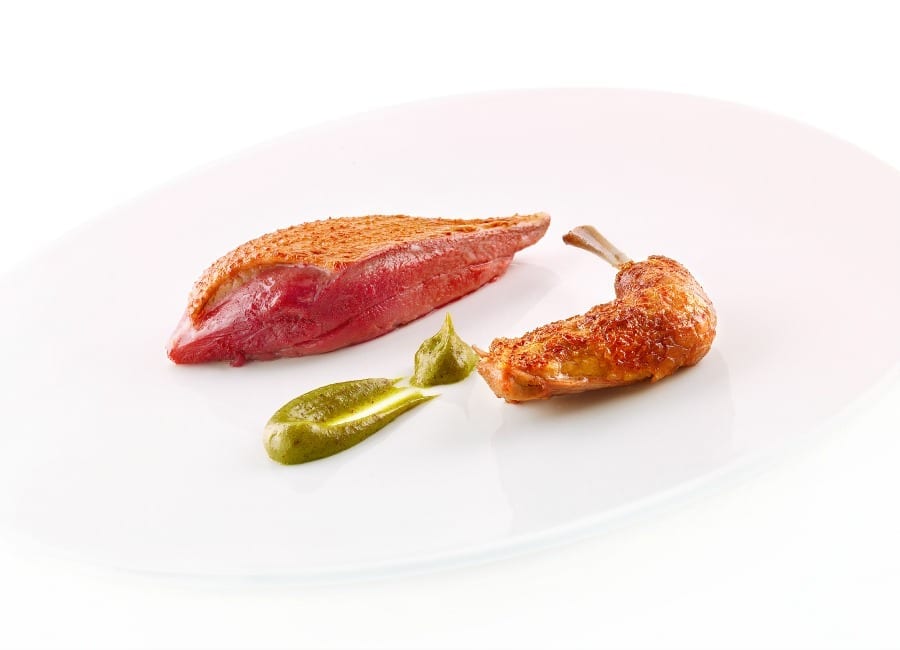 And what about the pressure cooker that uses high pressure and temperatures? "I use that one to extract juices and liquids of the cooked ingredient. With meat for example, I use it to reach the protein collapse point (at around 70° C), that is the point in which meat tissues lose the ability to retain juices and expel them". Risotto cooking is a whole different chapter. This is the result of a precise technique that opens to unexpected use as long as this is clearly coded and simplified. This is a protocol that can be replicated both at Spazio, the lab-restaurant where his students learn, and in the work he is doing at the Rome University La Sapienza to design a healthy and tasty gastronomic offer for the Roman hospital patient meals. This would mean standardizing in order to spread quality abroad too. "Playing on a fundamental variable – the type of cooking liquid used – I managed to reduce noticeably the cooking time and eliminate the human error variable. After thousands of tests I realized that, despite stable temperature and heat power (I cook with induction stoves) the cooking time changed. This happens because the more the cooking juices are acidic, hence with low pH, the more time was needed to reach optimal cooking level. Acidity slows down the congealing of the starch". Obviously to arrive at these best results the creaminess was lost. In risotto creaminess is provided by the fatty mass. "Instead of butter and parmigiano I use starch, which does not influence the flavor of the principal ingredients, rice first of all". In summary: in the pressure cooker it’s necessary to add rice, liquid and starch (all cold) and in a few minutes the risotto is ready. Massimiliano Alajmo and the pressure oven

In the Le Calandre world, it’s all about experiments with pressure cooking. The latest research conducted in the kitchen by Massimiliano Alajmo have determined a technique that serves flavor and health, rehabilitating the role of a cookery method until now reserved for homestyle cuisine, using precision instruments that are way more reliable than a common pressure cooker.

During the last Identità Golose convention, Alajmo was on stage with endocrinologist and nutritionist Mauro Defendente Febbrari, speaking about optimization of flavor and nutritional principles that each ingredient can bring to our organism. In this way the intestine can become a second brain and in that way we can enjoy multisensorial experiences constructed at the table. "For some time now we have been working with pressure cookers observing the excellent results especially in the extraction of broths, soups and jus. Soups in particular could be whipped together without the need to add any other ingredients and thus keeping faith to our goal: all natural and respectful of the ingredient".

In this aim to reach perfect ingredient extraction, the pressure cooker risks not being constantly up to standard: "We initially wanted to build a pressure cooker that allowed more control over pressure and temperature, then after testing a pressure oven we understood that it was what we needed". What are the most evident results? "The fundamental principle is that in a pressure oven temperatures over 100 degrees centigrade can be reached without water evaporation. Increasing the pressure in the cooking environment, the boiling point rises and the water boils at temperatures higher than 100 degrees (since the higher the pressure exerted on water, the higher the boiling point will be)". 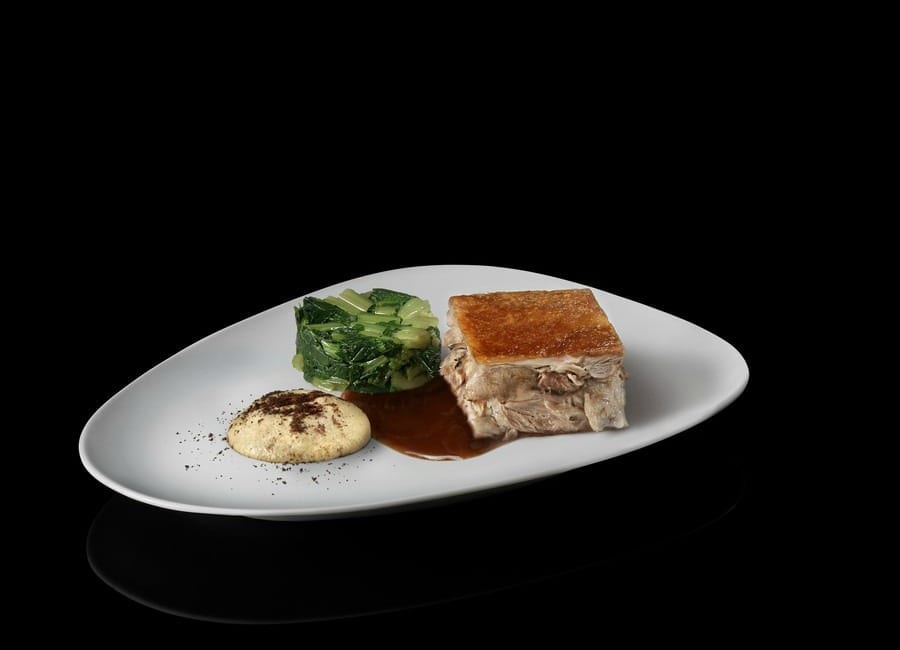 The list of advantages is therefore long, yet we need to remind ourselves, as the chef of Le Calandre notes, that "in our case, using a precise thermally controlled oven, the homestyle element gets totally lost". First of all, soluble nutrients are conserved, many cereals and legumes become better assimilated by the body (because "many fibers congeal above 100 degrees and even the most coriaceous legumes become tender"), it’s furthermore possible to reduce the microbiologic charge with cooking temperatures above 121 degrees centigrade. In addition to this, connective tissue congeals only above 100 degrees. Furthermore, "proteins hydrolyze, or to use a more familiar term ‘break apart’, thus becoming more digestible and simultaneously releasing more amino acids that develop new flavors". More simply "being pressure cooking more rapid, it tends to conserve both color and aromas of the cooked ingredients".

This obviously means working with high quality ingredients to begin with, the best results are therefore cooking meats, fish, eggs, vegetables, spices and fruit. This cooking technique, then, is innovative under many aspects – something which is present on the Le Calandre menu and all through the meal. At the moment, the dishes on the menu that take advantage of pressure cookery are many, "we obtain liquid extractions, cooked meats and vegetables, we even prepare a turbot butter using no dairy. We cook legumes to obtain meringues, jams, marmalades; we cook seeds and eggs, which summarizes the synthesis of our biggest interest". 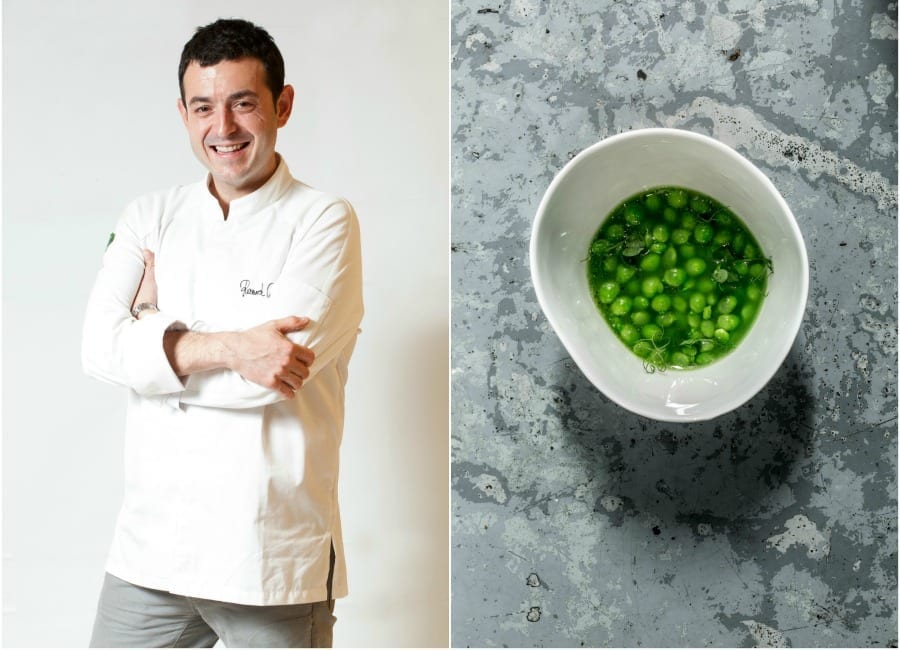 A couple hundred kilometers away, past the border and into Valencia, Ricard Camarena too, at the helm of the eponymous restaurant, riffs on the same theme. The Spanish chef has chosen to work with a pressure cooker three times more powerful than the one in common kitchens. The results – according to his last publication on broths – speak loudly. Without overthrowing classical preparations and with the strict use of prime quality ingredients, Camarena has perfected greatly aromatic and intense broths and consommès. The biggest surprise? There’s no added water. This too is an innovative interpretation of pressure cooking.

by Livia Montagnoli and Annalisa Zordan
translated by Eleonora Baldwin