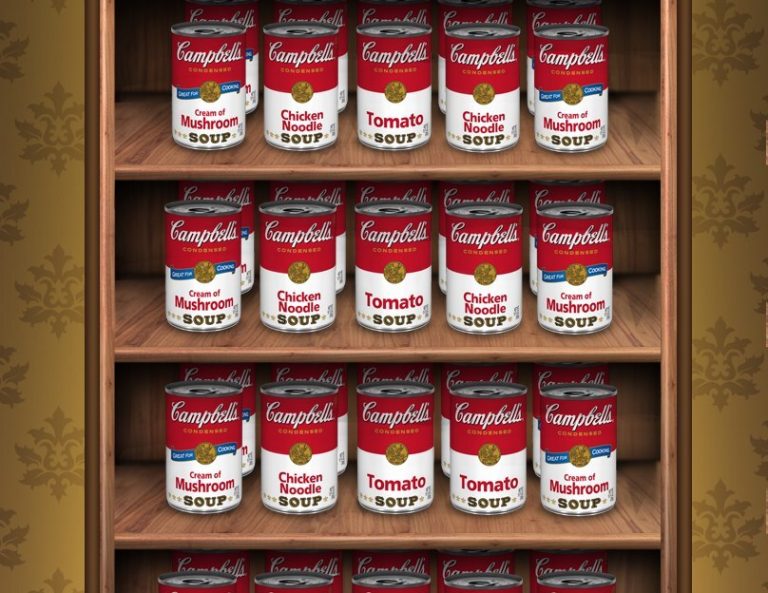 The C is more pronounced, the gold medal in the centre (won at the Universal Exposition in Paris) appears even brighter: the most famous can of tomato soup in the world gets a makeover.

Same contents, same style, new label. The famous can of Campbell's Soup, which became a pop icon thanks to artist Andy Warhol, has gotten a makeover for the first time. The red and white colours remain, but the shading has been eliminated. The font too changes, now more minimal and elegant, inspired by the original signature of the founder Joseph A. Campbell. Instead, that idea of ​​"all-American comfort and goodness" remains intact, as the company explained in a note.

How the Campbell's can has changed

The word soup is printed with a new gilded font, the C is more pronounced and the gold medal in the centre is brighter. Currently it's the classic tomato soup that's been presented, but the company is also working on redoing the rest of the line's packaging: cream of chicken, cream of mushrooms and chicken noodle. To celebrate the launch (on Tuesday, August 3rd), Campbell's asked artist and illustrator Sophia Chang to create a series of 100 pieces as special cryptographic tokens: the proceeds from the event will then be donated to Feeding America, association in favour of the redistribution of food surpluses, with which Campbell's has been working for several years.

The history of tomato soup

"We embarked on a journey to rethink this iconic brand and make it appealing to new generations of consumers," said Linda Lee, the company's chief marketing officer. And she added: "Our target is young people, who now cook more than ever, continuing to honour our history." A new can that pays tribute to "our place in art and pop culture." A path that began in 1869, with fruit trader Joseph Campbell he founded, together with ice maker Abraham Anderson, the Anderson & Campbell Preserve Company in New Jersey, a company specializing in tomato preserves, jellies, vegetables, minced meats, soups and toppings.

From comfort food to pop icon

A few years later, the two split up and Campbell bought the colleague's share, expanding production and developing the can of tomato soup, made famous later by Arthur Dorrance's nephew, who took over as President after Campbell's retirement in 1894. It was he who improved the ready-made soups, cheap to produce but expensive to ship. He therefore decreased the quantity of water that made them heavy, reducing the price and creating condensed soups which later became a staple in American pantries. The rest - the series of thirty-two '62 serigraphic prints created by Andy Warhol - is well known. But even before that, the red and white cans had been appreciated at the Universal Exposition in Paris of 1900, when they won first prize: the gold medal acquired then is still on the tin to this day.