Molto at the Galleria Borghese in Rome. Another museum restaurant Yet another museum restaurant in Rome: we are talking about Molto at the Galleria Borghese.

It took a while, but finally eating (well) in exhibition spaces – whether in public museums or private galleries – is possible in Italy too. It is no longer an exception to be observed with admiring curiosity, but the result of a strategy that looks at cultural entrepreneurship in the same light as any other type of business, where profit and quality are not enemies. On the contrary, they converge towards each other to balance accounts and ambitions. There is an increasingly pressing need not so much to differentiate business, but rather to supplement the usual exhibition activities with cultural initiatives, proposals and facilities that can broaden the access to the museum, as long as high-quality standards are maintained. Perhaps by putting together two cornerstones of the Italianness, powerful tourist attractions: art and cuisine, which has now acquired the status of cultural expression in its various realities. With all due respect for those who turn up their noses at the presence of chefs and sommeliers in museums.

Why dining in a museum

After the successful season of Combal. Zero at Castello di Rivoli, which hosted the best performances of Davide Scabin in the shadow of Mertz's Fibonacci numbers, other restaurants are chasing each other to weave the web of museum restaurants. The visitors can thus prolong their stay and move from the exhibition rooms to the dining rooms, becoming themselves destinations, as it already happened with some architectures. Just think Bilbao’s Guggenheim museum that, apart from the remarkable works exhibited inside and outside, is worth a visit for the dizzying curves designed by Frank Gehry, and for Josean Alija’s Nerua. And it is beneficial for everyone: the citizens are given spaces that do not fall into silence as soon as it gets dark, the visitors who have a range of highly attractive services, the managers of the refreshment points who benefit from prestigious venues, the same exhibition spaces to which a fee to use the space and a percentage on receipts is paid. In a nutshell, a win-win situation. 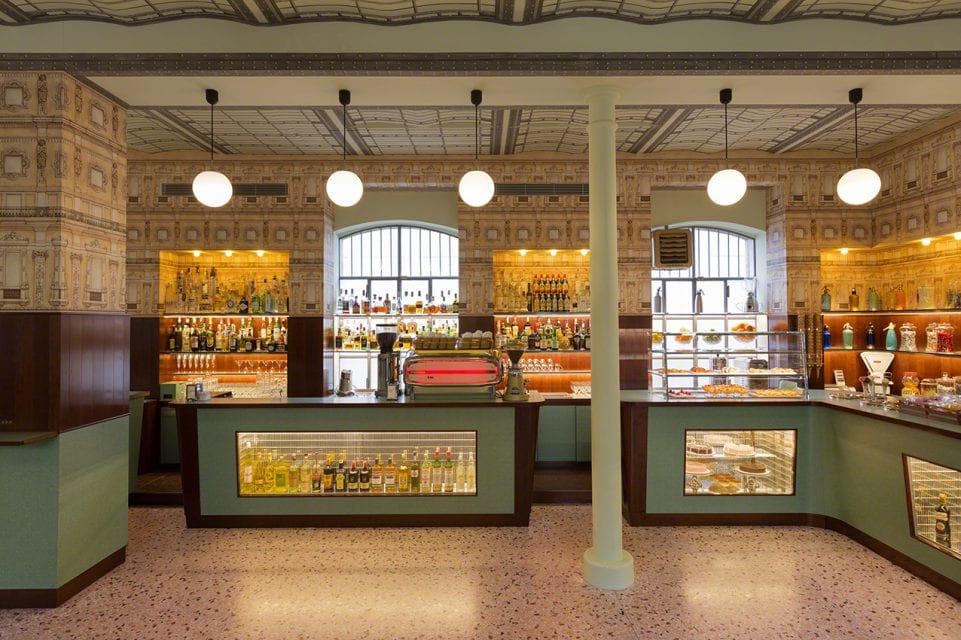 An overview of dining in museums

As we were saying, eating in museums is no longer a taboo topic in Italy either, as proven by the many new openings. While we are waiting for Andrea Aprea to open his new restaurant at the Etruscan Museum, there are Stefano Cerveni’s Osteria con vista at the Terrazza Triennale, and the Enrico Bartolini's winner-take-all, who is gaining acclaim and recognition in his many restaurants, including the one on the third floor of the Mudec museum in Milan (there is also a bistro on the ground floor). Without forgetting the Fondazione Prada’s Luce café, designed by director Wes Anderson, featuring its unmistakable imprint that mixes pop and retro charm, while Giacomo Arengario’s art deco restaurant represents the gastronomic soul of the Museo Del Novecento. Turin ranges from the contemporary art with the Fondazione Sandretto Re Rebaudengo – which has entrusted Alessandro Mecca with the restaurant Spazio7 – to historical spaces such as the Reggia di Venaria, where chef Alfredo Russo is firmly at the helm of Dolce Stil Novo.

Not to mention the synergies of Massimo Bottura & Co with Gucci, that led to the opening of Gucci Osteria at the Gucci Museum in Florence (the first of a series of similar premises), now also a cocktail bar, led by Karime Lopez. Florence hosts also the Cortese Cafè 900 at the Museo Novecento, the raw pastry shop by Vito Cortese, while at Pecci in Prato there is Angiolo Barni who manages the two souls of Myo, restaurant and bistro. And, always in Tuscany, after years at the Lucca Center of Contemporary Art, Cristiano Tomei moved in 2018 to Palazzo Pfanner, well known for being the set of the movie ‘Marchese del Grillo’. In Rome, the renewed Caffè Doria at Palazzo Doria Pamphilj, café and bistro flanked by special events and dinners. 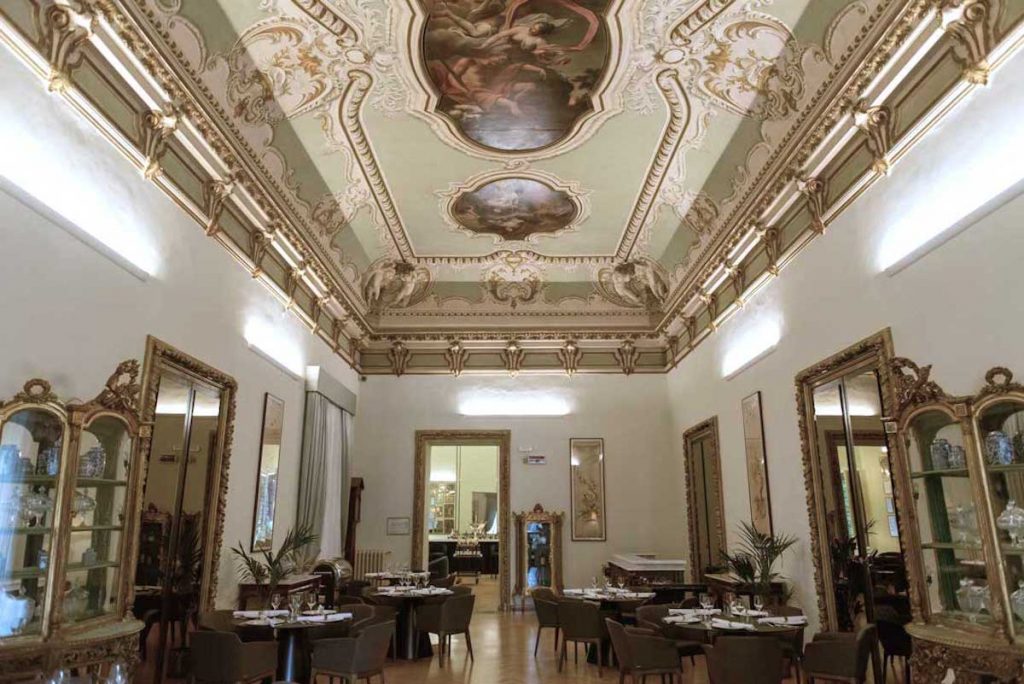 And so, from city to city, from museum to gallery, proposals and projects are on the rise. In the last month and a half alone, three restaurants have opened in art venues: different places, the Roland restaurant at Palazzo Brancaccio in Rome (and the adjoining cocktail bar) led by Carlo Alberto D'Audino, and the newly opened restaurants, Vite at the Treviso Arts District with the young and talented Simone Selva, and the Molto at Galleria Borghese by the Bassetti brothers. Seventeen years ago, they gave life to Molto in Viale Parioli, and they have recently won the invitation to tender for the provision of catering services at the museum's restaurant and café. "The invitation to tender was issued in August, and, on that basis, we conceived the project and presented our economic offer," says Lorenzo Bassetti. When it comes to cultural heritage, there are several restrictions, and not only logistical ones, "Coffee, for example, must not cost more than one euro, which is why, at least for now, we won't offer any specialty coffee". Today, after an extensive renovation of the areas destined for public services, we're ready to get started. 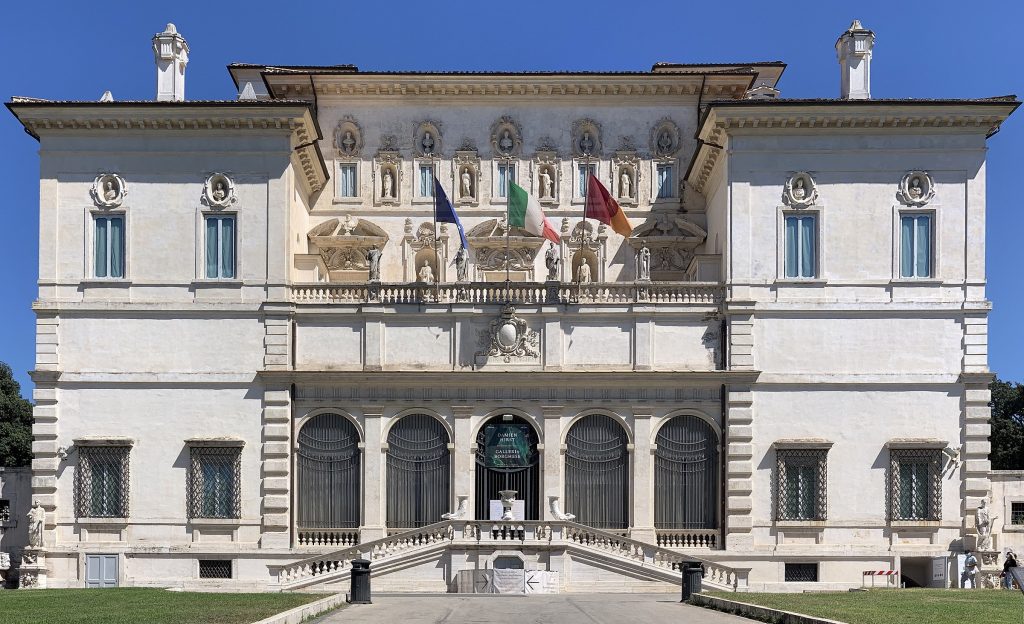 Molto at the Galleria Borghese

Molto features a double soul: bistro and café (with classics of the genre, including croissants, cakes and club sandwiches) open to the public and not only visitors. The offer is tasty and simple, yet straightforward, consistent with the style of Molto. In recent years its offer has been widened, encompassing other expressions such as catering, in-house delivery service for offices and individuals, as well as an area dedicated to design and lifestyle, and a website offering editorial content. Now, Molto is opening a second location "characterized by a style consistent with our approach and our values". Which ones? "Italianness and quality raw materials". The chicken caprese, "one of our pièce de résistance", will be on the menu: chicken is Molto's trademark, with that Molteni rotisserie dominating the scene in the first restaurant. As for the rest, the menu is made up of tried and tested dishes as well as new proposals for a tasty, fresh and modern menu. Italian raw materials take center stage here: Gerardo di Nola tomatoes, bottarga of the Spanu brothers, and most of the vegetables from the kitchen garden. They range from Sardinian fregola pasta, cacio e pepe ravioli with artichoke, saffron rice pancake, or even lasagna and veal in tuna sauce. The take-away box invites to picnics in the Villa Borghese garden, while in these first days of opening, close to Easter, the traditional colomba of the Giotto pastry shop within Padua prison and Gobino chocolate will be on sale, as well as other Molto brand products, available also in the first location: Geraci’s Nocellara del Belice extra virgin olive oil, Molto rosso (from Pinot Nero grapes) and Molto bianco (from Verdicchio dei Castelli di Jesi grapes) wines, and the pasta by Verrigni.