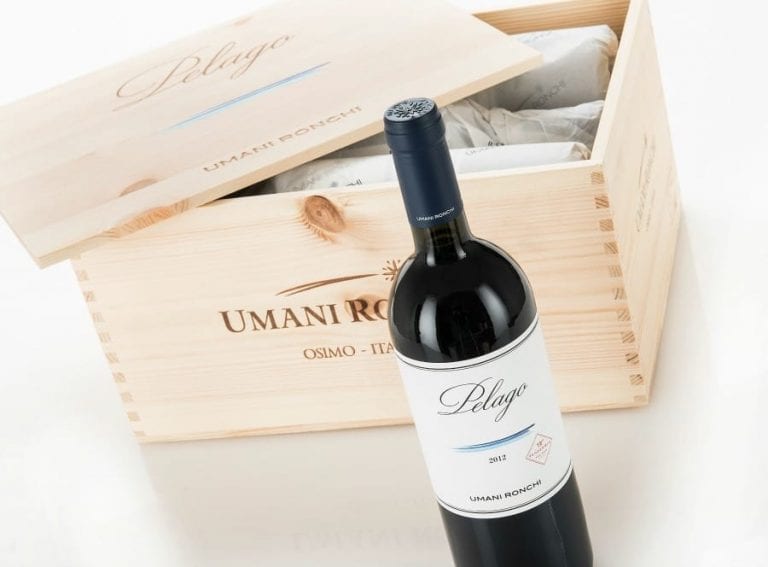 He's the owner and CEO of Umami Ronchi, a winery from Marche that has always been at Vinitaly since the first edition. Michele Bernetti has been present at the Verona event every year and he now explains how Italian wine has become more and more international year after year.

“I took part even before I worked full time at the winery, but Umani Ronchi has been at Vinitaly since the first edition”. Michele Bernetti is the owner and CEO of the Marche winery. He has been present at the Verona event every year. “The first evident difference between then and now is in the number of exhibitors. My father described a Vinitaly that fit into two or three pavilions. Today that number is not enough for a single region like Piedmont, Tuscany, or the Veneto. The other change is in the number of visitors. I don’t mean only Italians, but above all, foreigners. Vinitaly has truly become an international fair, with Americans, Germans, but also Japanese, Chinese, Australians – buyers from many different countries”. Vinitaly, as opposed to many similar fairs, has always had a kind of double soul – the professional one, in which operators meet producers to make deals and sign contracts, and an entertainment side, in which passionate wine lovers come to taste their favorite bottles and find new ones, exploring the stands. “Vinitaly’s appeal for wine lovers is enormous. Sometimes it makes things a little complicated,” Michele commented. “But in all honesty, I don’t see the participation of the private aficionado as a problem. Vinitaly’s role is also to sustain the consumer. At the end, they are the ones that buy and uncork our bottles”.

Changes in the wine sector

We ask what other changes he has noticed. “In the last two years, Vinitaly has taken giant steps to simplify life for us, the producers, above all introducing new electronic procedures that smooth a great deal of the work that precedes the fair. Certainly, some small issues remain, but year after year, every aspect is improving – for example, viability, services, food inside the fair”. Today the Veronese event is a top-ranking world wine event, along with the prestigious ProWein of Düsseldorf and VinExpo of Bordeaux.Fifty years ago, participating in the fair was not such an obvious choice for a winery. Umani Ronchi, though, was a believer from the start. “We participated in occasional fairs in those years. My family has described events in Milano and Rimini. The Verona event was something new. We were taking our first steps into the world of commerce and we needed a credible showcase. It was an opportunity to have a moment of comparison, another way of meeting others. And that’s how it has been for five decades. Even today, Vinitaly is the time we meet our collaborators from over 60 countries. In Verona, we have built up important work relationships, contacts, friendships. We have also seen breakups and arguments. It is one of the most important dates on our calendar, and has been for fifty years”.

2017 news: Pecorino in large barrels and a new look for Pelago

“Again this year we will participate with a large stand and various new products. One of these launches a new label from our Abruzzese vineyards, the Montipagano property in Roseto degli Abruzzi. A pecorino from the 2015 harvest, it is aged partly in steel tanks and partly in large oak barrels. An ambitious project, but it completes our range, joining our other pecorino, Vellodoro. We will also present a new label for Pelago. It is one of the historic wines of our firm, now in its eighteenth vintage year, 2o12. Since it has reached adulthood, we designed a more classic, thoughtful label”.