Massimo Bottura and the Refettorio in London. The chef’s tale: how it began and where it’s going 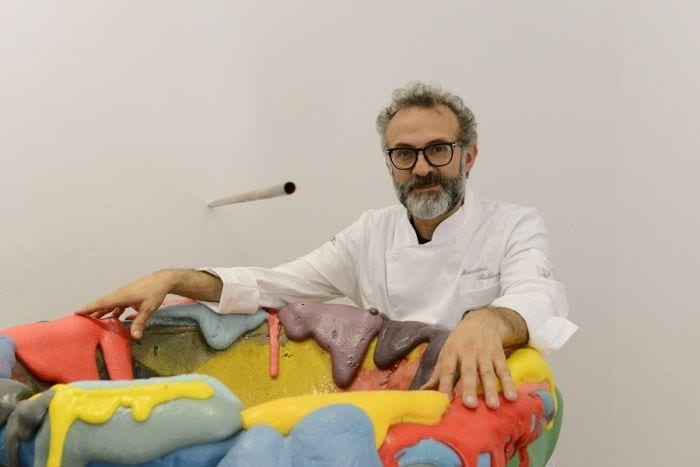 The ethical project of the Refettorio created by Massimo Bottura is about to debute in London. Here's the whole story told by the chef himself.

For the last two years, everybody has been talking about Massimo Bottura’s Refettorio, a community kitchen for homeless shelters, cooking with a daily supply of supermarket waste. The impressive power of a project designed to conquer the world has pushed aside empty rhetoric and replaced it with action. The chef of the Francescana has invited everybody to answer his call. After opening in Milano on the occasion of Expo, the project (immortalized in a documentary, Theater of Life) continues to stimulate conversation and fascinate international groups. It is mentioned in conferences and meetings, interviews, marches and demonstrations and has become a splendid example of social sharing and cultural showcasing inspired by cooking. Massimo Bottura has met the challenge, becoming the ambassador and the spark, even though his commitments have multiplied and his telephone never stops ringing. For example, at six in the morning a year and a half ago, the mayor of Rio de Janiero called to explain that the Brazilian Olympics and the favelas of Rio needed the revolutionary impact of Bottura’s project, and needed it urgently. In the meantime, the foundation Food for Soul collected funds and joined a solidarity-inspired community with the dream of opening five, ten, fifty Refettori around the world. The objective: “not a charity, but a cultural operation”. The goal: to rebuild the dignity of the human being, to transmit the values of Bottura’s own way of thinking.

No one better than the chef himself can tell the story of what’s been accomplished so far. Massimo Bottura recently appeared on the stage of the Identità Golose conference with a lesson about cucina italiana becoming a Renaissance workshop, while only a few hours earlier, he had been the guest of the town of Courmayeur in Valle d’Aosta where a cycle of dinners was in progress under the supervision of David Jesus, a talented Portuguese chef. David served guests a menu inspired by the Refettorio experience, that is, one based on the cucina of discards, or leftovers, the most powerful weapons in a battle against waste. Bottura and his entourage were inspired by the event and the chef honored one of the dinners in the program, enchanting the guests with a lucid account, much more intimate than the lessons we’re used to, of the experiences he’s had with the Refettorio since it began. A London version will debut soon: a dish will cost 50 cents. The location will open in June in Chelsea. “Everyone wants to be there, from Ducasse to Redzepi, from Uliassi to Cuttaia, from Atala to Mario Batali. They responded within half an hour”. Like the one in Milano, which was practically a museum of contemporary art, the Refettorio in London will also offer an artistic as well as a culinary context. Apparently Jay Jopling’s Whitecube Gallery will join the effort. It’s early to say what painters will be on show, but big names like Damien Hirst and Tracey Emin have been mentioned. Following Bottura’s example, WastEd is open on the top floor of Selfridges, closing on April 2. The pop-up idea of American Dan Barber brings together colleagues from all over the world to cook with discards and waken public opinion on the subject of waste. 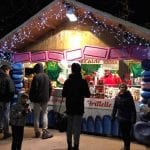 Christmas in Milan: 6 markets for eating well in Milan during the holidays