Marzipan: history, recipes and variations of the typical sweet pastry of Sicily 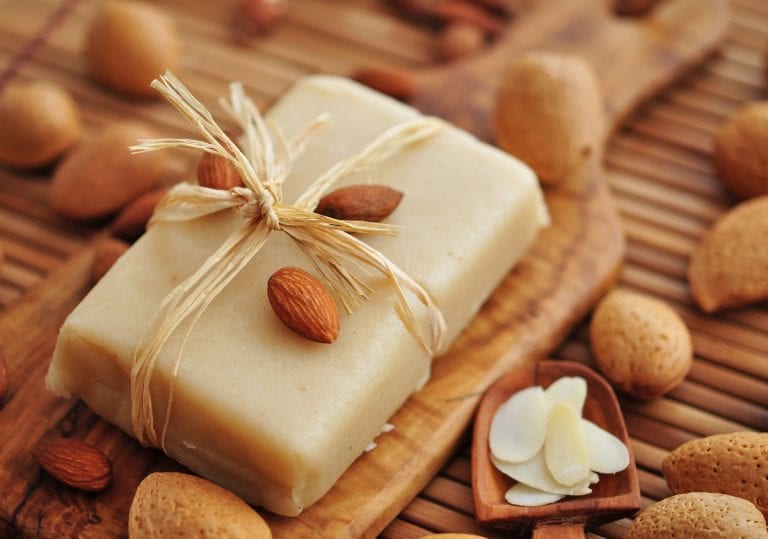 Colourful and tasty fruit-shapes in Sicily, lucky pigs in Germany, cakes for tea in Great Britain: here are the many variations of famous marzipan.

Origins and history of marzipan, from the Arabs to Sicily

Marci panis, or “bread of Mark”: this would seem to be the etymology of the word, although many believe that it derives from the Arabic maw-thabán, a term used to indicate the Middle Eastern silver coin which corresponded to a precise quantity of a sweet dough made with sugar, almonds and rose water. Marzipan is a preparation inextricably linked to Sicily – where it reaches its maximum expression with frutta martorana – but widespread in many other countries. Although it is complex to trace its precise origins, it’s clear that its roots lie in the Arab culture, which then introduced it to Europe around the year 1000, during the Islamic domination of Sicily. Even earlier, similar sweets were produced by the ancient Etruscans for funeral rituals, but the first codified recipe comes from Venice (which claims paternity also because of the name, “Mark’s bread” the lagoon city’s patron saint) and dates back to 1300: in that period in fact, the maritime republic was among the few to find the rarest and most valuable ingredients such as sugar and almonds, at the base of the preparation. 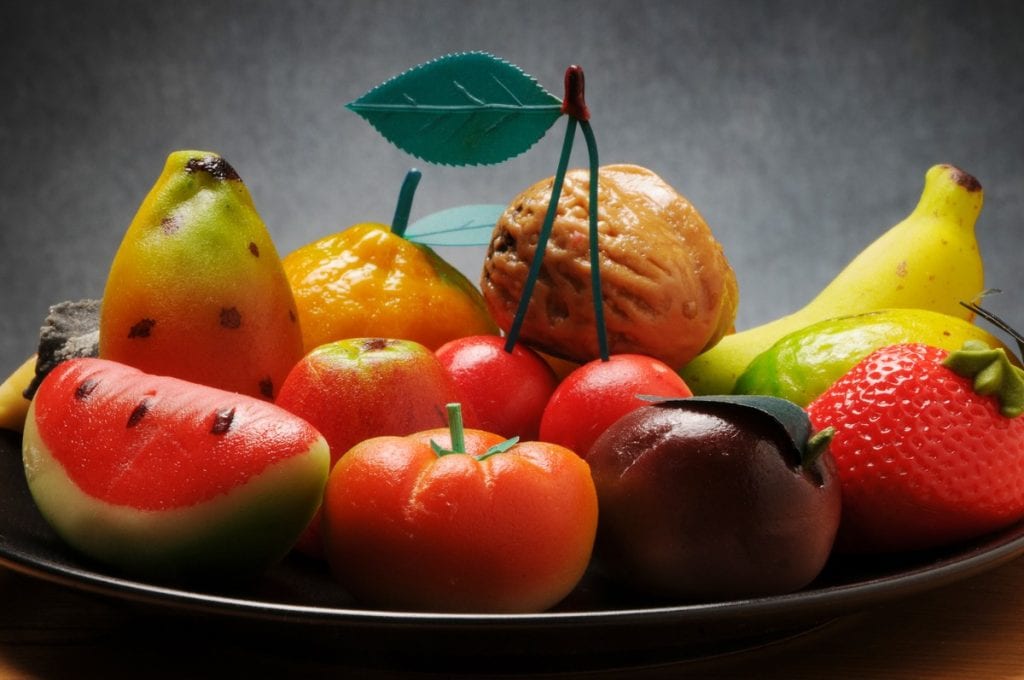 Between myth and legend, one thing is for sure: on the island Palermo is the home of this specialty, which in the martorana version is transformed into small creations in the shape of coloured fruits with an inviting appearance. They were invented in 1143 by the nuns of the convent of Santa Maria dell’Ammiraglio, seat of the parish of San Nicolò “dei Greci” aka La Martorana: the nuns were famous at the time for taking care of one of the most beautiful gardens in the city, so renowned that even the Bishop himself was intrigued and decided to go and see it in person. The visit, however, took place in the middle of autumn, during the feast of All Saints, when the trees were bare and the garden impoverished: it was then that the nuns had the idea of modeling almond paste in the shape of fruits to offer to the Bishop. Even today, in fact, frutta martorana is traditionally consumed every November 1st, although it is now available in pastry shops year round.

The basic recipe for marzipan involves the use of almond flour, sugar and egg whites, but as always ingredients and quantities vary according to area and local tradition. In Sicily this sweet pastry is also an essential ingredient for cassata, a sumptuous Baroque looking cake covered with marzipan and garnished with candied fruit. Very similar – but not to be confused with marzipan – is almond paste, generally produced with a lower quantity of egg whites and sugar and used to prepare other typical sweets called snowflakes, almond flower or dry pastries, made with peeled almonds, granulated and icing sugar, egg whites, honey and lemon juice. Without forgetting the famous lamb shaped sweets made with almond paste during Easter, widespread above all in Puglia and Sicily and once again the result of the creativity of nunneries. 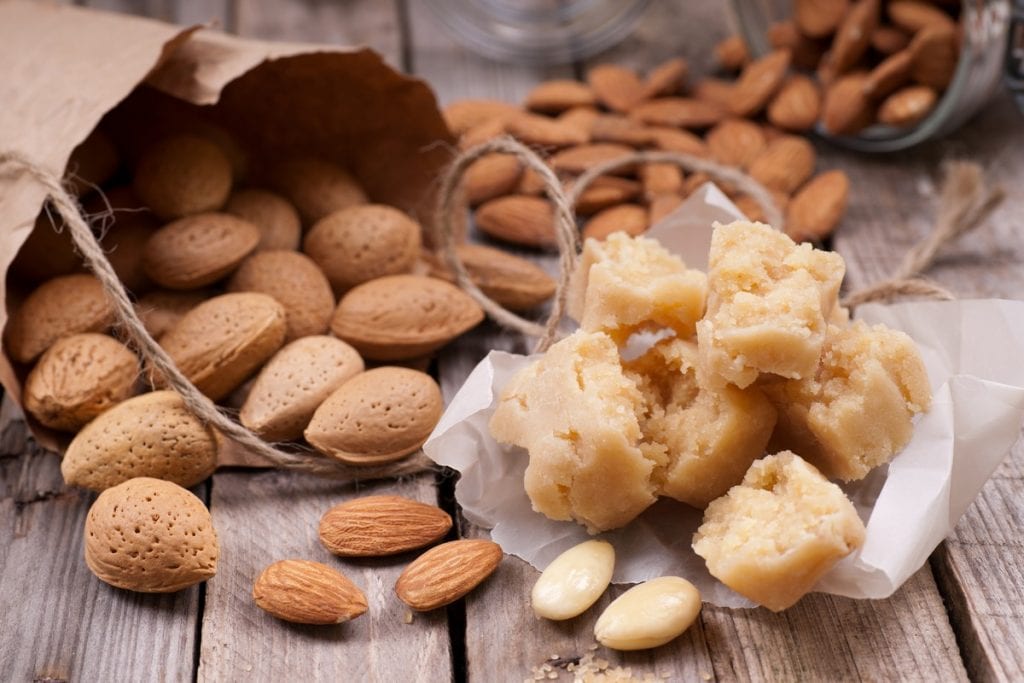 Marzipan in Tuscany, Puglia and Venice

Sweet and delicious, often colourful and easy to shape, marzipan has also found success outside of Sicily. In Tuscany, for example, on the feast of San Biagio (February 3rd), a round marzipan of Pietrasanta cake is prepared: soft and with an intense flavour, made with the same ingredients as Sicilian marzipan but used in different proportions (the texture, in fact, is more similar to that of ricciarelli). In Puglia, on the other hand, there are the Salento marzipans, which also add yeast, lemon and orange peel, cloves and cinnamon to the basic recipe, and which are accompanied by africani, typical sweets from Galatina that are similar to a firm zabaglione and made with the leftover yolk after preparing marzipan. Then there is the Venetian version, one of the oldest, prepared for special occasions, such as the feast of San Marco or the Carnevale, and once marked with the symbol of St Mark, the lion.

There are also foreign recipes, especially in the colder countries of Northern Europe, Germany in the first place. Here, in fact, exist various Christmas sweets stuffed with marzipan, such as the Christstollen or Weihnachtsstollen from Dresden, a leavened dough studded with dried fruit and candied fruits, and covered with icing sugar, which among the many variations also includes one with the addition of marzipan. The most famous German city for marzipan, however, is Lübeck, where the Niederegger family is famed for its production since 1806: today, in the main headquarters of Café Niederegger, in Breite Straße, there is also the hall of marzipan, to visit and discover history and curiosities about the confection.

Marzipan in Germany, the United Kingdom and France

Among the many typical recipes of Lübeck is Glücksschwein, or little pig-shaped marzipan that are usually given to children as a lucky charm. Then there’s Lubecker Marzipan, Igp products with a round shape that can vary depending on the occasion: stars during the Christmas period, eggs at Easter, and so on. Another famous dessert, this time from the United Kingdom is the Battenberg cake, a vanilla sponge cake covered with a thin layer of jam and wrapped in a marzipan shell: this is one of the traditional specialties of English afternoon tea, according to the legend born in 1884 by the will of Queen Victoria’s niece, married to Prince Louis of Battenberg. Finally, we should mention calisson, a typical Provence sweet made with almond paste and candied fruit, with an elongated rhomboid shape reminiscent of an almond and covered with light icing, born in Aix-en-Provence in the Middle Ages. 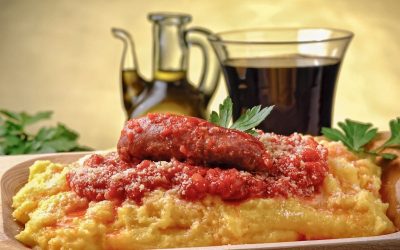 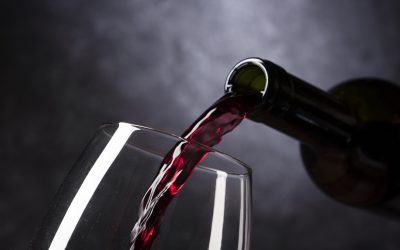 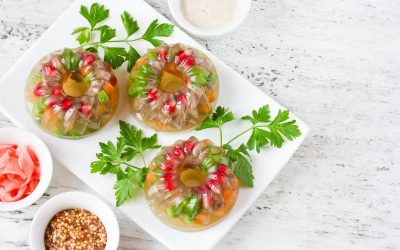