Linda McCartney's Family Kitchen. Recipes from the pioneer of the vegetarian movement 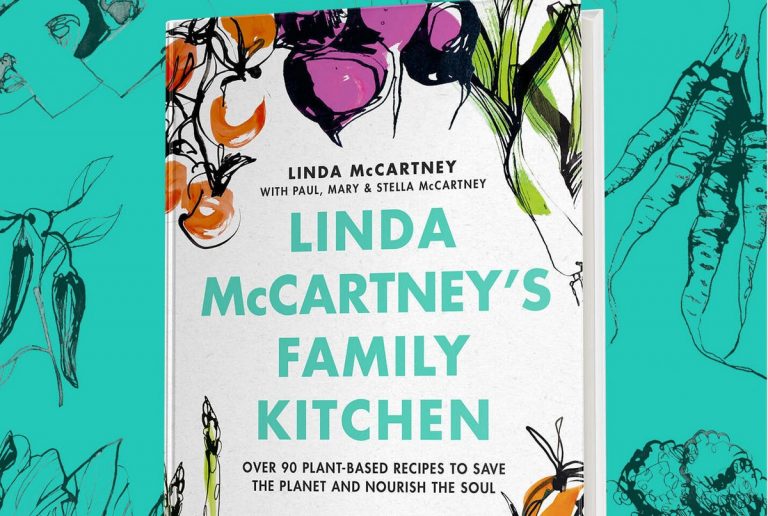 A cookbook, but first and foremost a declaration of love for animals, nature and good food. Paul McCartney and their daughters dusted off Linda McCartney’s recipes, one of the forerunners of vegetarianism, a movement that "owes a great deal" to her. Paul's word.

Linda McCartney's intentions have always been clear to her. Everything she did, she did it for the animals. As a tribute to her great compassion, Paul McCartney and their daughters have compiled over 90 of her vegetarian recipes into a cookbook published by Seven Dials, Linda McCartney's Family Kitchen, dedicated "to our fellow creatures who live on this wonderful earth – animals". A remark that may seem trivial, but at a time when veganism has become a trend mostly for environmental reasons – equally valid – it takes on a whole new meaning. For many, she was 'Paul McCartney's (first) wife', but for those who support the animal rights Linda McCartney's name is associated with the fight against factory farming, as well as with the eponymous vegetarian food brand (now also vegan) created in 1991. This avant-garde move that let everyone enjoy sausages, bacon, meatballs... products that are a far cry from the meat substitutes we are used to today, but in the early 90s represented a real revolution.

The memories of Paul McCartney and their daughters

Mouth-watering and comprehensive, the cookbook is interspersed with Linda's photos, some of her quotes and memories of their daughters Mary and Stella McCartney. In the first part there are shopping tips and directions for vegetable cuts and cooking times, but before that it is Paul's introduction that moves us, recounting their choice and Linda's path: "I can't believe how much things have changed since we stopped eating meat. At the time, vegetarians were seen as weird and the plant-based food available was boring. If Linda were with us today, she would be crazy about this vegan revolution, which is why we decided to take a look at her recipes and collect them in a cookbook." Thanks to him and their daughters, Linda's memory lives on in the kitchens of fans of vegetables, spices, cereals, pulses, but also lots of yummy desserts, breakfast and brunch ideas. Simple dishes that the McCartney family has been cooking over the years.

How it all began

Fans of the British star already know the story: the turning point came during a family lunch on a farm in Scotland, "Linda and I were looking out the window at the lambs, telling each other how cute and tender they were, then we looked at our plates. We were eating the leg of a lamb, as small as the ones running happily in the meadows". We all know where our meat comes from, but sometimes all it takes is a comment or a sudden awareness to decide to change course. Even in adulthood, even for a couple like Linda and Paul who grew up eating meat. "For Linda being a vegetarian was first and foremost an act of kindness and compassion, she was doing it for the animals". The two immediately communicated the choice to their daughters, who decided to embrace the philosophy themselves. No one cared if there was mac and cheese instead of turkey at Christmas, "everything Linda cooked was delicious". Then came the idea of opening a food company, "during our travels we couldn't find much to eat. Even in London I remember only one vegetarian restaurant – Cranks. So, Linda decided to do something about it." Always keeping the end goal in mind, "she told me: being compassionate means saving animals. If we make hamburgers from plants, a lot of cows will be spared". The business was an enormous success, with many parents writing to Linda to thank her for providing alternatives for their children who had long wanted to switch to a plant-based diet.

Her first cookbook in 1989, Home Cooking, was written with British author Peter Cox. Linda gave him a hard time during the writing process, "he had to interrupt her constantly to ask her for quantities and amounts. She was such an instinctive cook!". A food lover and a good self-taught cook, who learned by watching her mother in the kitchen, capturing her movements, her methodical moves, trying to imitate her smells and tastes. And above all, cooking what she liked, without fear of experimenting and trusting her own intuition, "measuring was frustrating for her". Her daughter Stella confirms it, "I don't remember mom following a recipe, she was one of those people who was naturally good at cooking. If we all know how to cook, it's because we watched her". Outspoken, "but with a talent for persuading people in a graceful and gentle way'. This is how Paul remembers Linda, a woman who could talk about vegetarian food on any occasion without being pedantic, "she was one of the pioneers of the vegetarian movement that owes her a lot today."

The McCartney family now looks after her brand, "which has proudly entered its 30th year" and continues to push the plant-based diet, now told in a cookbook tribute to Linda and her activism. "If Linda were here, she would be thrilled to see the great diffusion of ingredients like quinoa, tofu and more. She would love all ranges of plant-based products, from oat milk to vegan butter." Being a vegetarian or vegan today is easier than ever, but Linda was "among the trailblazers that led to this. I am proud of her and everything she has done".

“I have a passion for peace and believe it starts with compassion to animals." – Linda McCartney, 1995.

Grease a 20cm square baking tin with a little coconut oil and line with parchment paper. In a bowl, combine the 60g coconut oil with the chopped chocolate and maple syrup, and place over a saucepan of simmering water to melt. Stir occasionally and pour three quarters of the mixture into a large bowl. Leave the remaining liquid on the hot saucepan with the heat switched off. Add the chopped biscuits, cranberries, dates and most of the chopped pistachios to the mixture and stir. Add the mixture to the remaining melted chocolate, pour into the baking tin and spread the last few pistachios on top. Cover and leave in the fridge until the mixture is thick, then cut it into bars. Store in the fridge in an airtight container.

Gazpacho with a twist

1 pinch of black pepper, plus extra for serving

Peel and chop the tomatoes, mince the onion, chop the cucumber and pepper and place all the ingredients into a food processor and blend. Season with salt, pepper and vinegar. Leave in the fridge for at least 2 hours and then taste again, season if necessary. Pour the mixture into the bowls, add a drizzle of oil, a pinch of black pepper and a few basil leaves.

Preheat the oven to 200°C/390°F. Remove the seeds and cut the pumpkin into 2cm-thick wedges, place on a baking tin. Season with 1 tablespoon of oil, add salt and pepper and bake for 20-25 minutes until tender and golden brown. Meanwhile, place the rinsed lentils, garlic and stock in a saucepan and bring to the boil. Reduce the heat, cover and simmer for 20-25 minutes until the lentils are soft and most of the stock has been absorbed. Remove any excess stock and add the vinegar, soy sauce and the remaining oil. Taste and add salt to taste. Add the rocket salad to the lentils and arrange on plates. Add the pumpkin wedges, mix the lemon zest with the yogurt and season with the sauce. Top with walnuts and parsley, add a pinch of black pepper before serving. 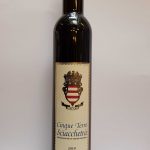