Italians at the coffee bar: regional variations and the traditions of espresso coffee 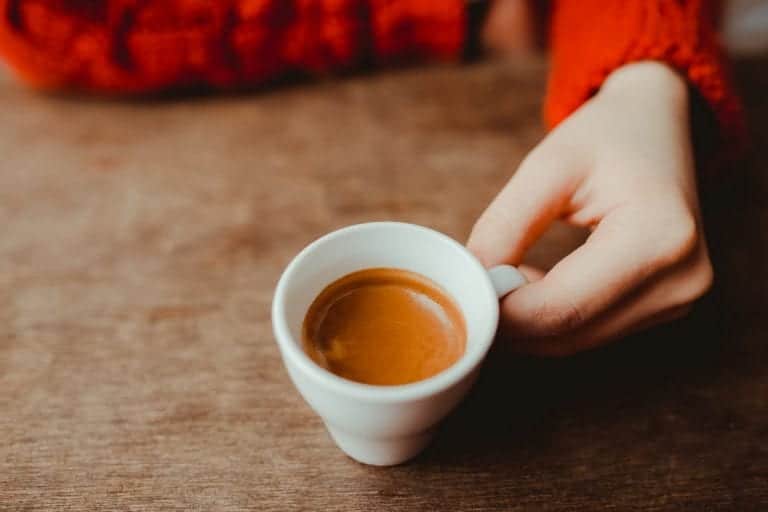 Corretto, lungo, ristretto, but also on ice, Fano-style, Padua-style... voilà the expressions of coffee in Italy.

Espresso in Italy and its variations

How many forms can espresso take? The beverage that's symbolic with Made in Italy and which owns a long and storied past––beginning in 1884 with the invention of the pot patented by Angelo Moriondo––is appreciated by many as is; while others like it spiked with booze, or added with chocolate, creamers and syrups. In recent years we have shed light on the world of specialty coffee, the finest coffees often extracted in filters, but it's time to focus on the foundations of the Italian culture: the many types of espresso coffee. In addition to the regional traditions, recently shared with an infographic in the French book "On va déguster l'Italie" by François-Régis Gaudry, Alessandra Pierini, Ilaria Brunetti and Stéphane Solier, also the habits of the Italians at the coffee bar, traditions and most deeply rooted customs in the country that has made all these rituals a true art. 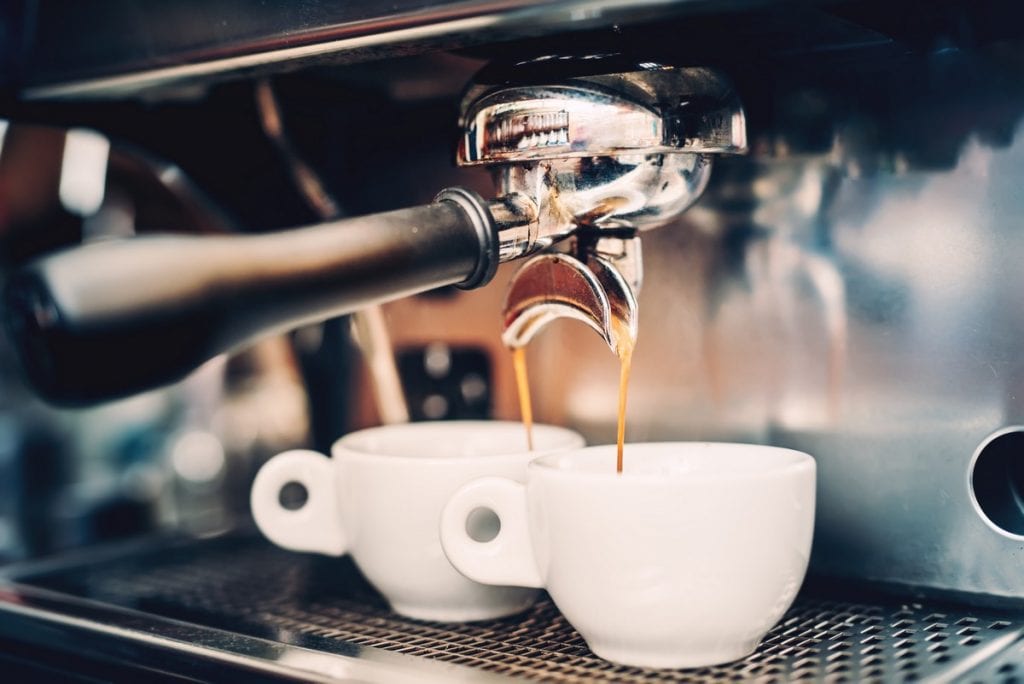 Strong, soft, warm: these are the three descriptors of Neapolitan coffee, perhaps the espresso with the best reputation in Italy, the very symbol of the city together with Mt Vesuvius, the sun and pizza. Many Neapolitans say it's the water from the Serino springs that gives the beverage more flavour, but what really characterises the coffee here is the use of the robusta coffee beans, which give more body to the espresso, facilitating the formation of the much loved naturally forming foamy top. More than the technical details, however, it's the whole ritual that makes the difference. Espresso here is served very hot, piping hot, and baristas often recommend creating a mustache of coffee on the edge of the cup, to mitigate the high temperature. First, however, it's "mandatory" to drink a glass of water to cleanse the mouth and prepare the palate.

Guarded by the historic Al Bicerin coffee bar (since 1763), opposite the Consolata Sanctuary in the centre of Turin, this is a traditional Piedmontese coffee beverage, officially recognised in 2001. A hot mélange of espresso and chocolate, which inherits the 18th-century recipe of Bavareisa. Made with freshly brewed hot espresso, chocolate and heavy cream, the doses of the recipe are kept secret by the Turin coffee shop. Bicerin is not served in a cup, but rather in glasses or glass goblets that allow the eyes to enjoy the layered ingredients. It is enjoyed without stirring, to appreciate the different densities and temperatures in the glass.

In the Aosta Valley, coffee takes on an even more convivial character: the bowl made of walnut or maple wood with special spouts from which dinner companions sip the beverage in company is called the "cup of friendship." A special container that was purportedly born in the 18th century to keep folks warm during winter. The beverage is made with coffee, sugar, grappa, lemon and orange peel, cloves, cinnamon and Genepì, a typical local juniper-based liqueur.

The history of coffee on ice of Lecce tradition is inextricably linked to the Quarta family, roasters for generations to whom we owe the birth of the perfect chilled beverage for the summer. It was invented by Antonio Quarta, who over 70 years ago was involved in distributing ice in the city. At that time, no one had a refrigerator in the house, and leather cells were used to store food. This means everyone went to his bar, previously called La Casa del Caffè and now known as Avio Bar, to pick at the ice. The real Lecce coffee was made with pickaxed ice, reduced into coarse shards. Another fundamental ingredient is almond syrup, which makes the beverage more creamy and delicious.

The recipe boasts maritime origins, probably created to find comfort during the coldest days at sea. It appears that the sailors created the beverage by mixing espresso coffee with the leftovers at the bottom of bottles of liqueur. Over time, specific ingredients were instead chosen, still at the base of the moretta today are: equal parts of anise, rum and cognac with lemon zest, heated together in a saucepan and then poured in with the coffee. Since 2006, the moretta has been recognised by AIBES as an official cocktail and since 2011 it has also been an inscribed in the agri-food product of excellence, hailing from the Marche region.

Sparkling like tonic water, but with coffee flavour: after having landed on the market in the 1980s, the Calabrian soft drink Brasilena quickly made its way into the hearts of enthusiasts. A success initially limited to southern Italy (largely Calabria, then later Puglia, Sicily and Campania) today it's even landed abroad. Made by a small business in Monte Covello, in the province of Catanzaro that produces the sparkling drink made with natural aromas extracted from coffee infused in low mineral content: it’s Acqua Calabria.

The combination of alcohol, spices and coffee seems to be a successful and appreciated combination in different regions. In Livorno these three ingredients are mixed together in ponce, a product inspired by British punch made with tea, sugar, brandy, lemon and cinnamon. In the Tuscany variation, tea is replaced by coffee enriched with rumme, a local invention of the past made with alcohol, sugar and caramel to which the essence of rum was sometimes added. A recipe born in the early 18th century, thanks to the strong presence of British communities on the Tuscan coast, and which today involves the use of coffee, sugar, rumme (sometimes even together with cognac), boiled together and served hot.

Many people like cream in their espresso: this is not the only secret of Padua-style coffee, born in the 19th century at Pedrocchi coffee, a reference point for the intellectuals of the time. It is, in fact, an espresso with cream, milk, a sprinkling of cocoa and a dash of mint syrup. To make it, it's necessary to whip together heavy cream, milk and syrup obtaining a foamy mixture, which is then poured over the hot coffee. 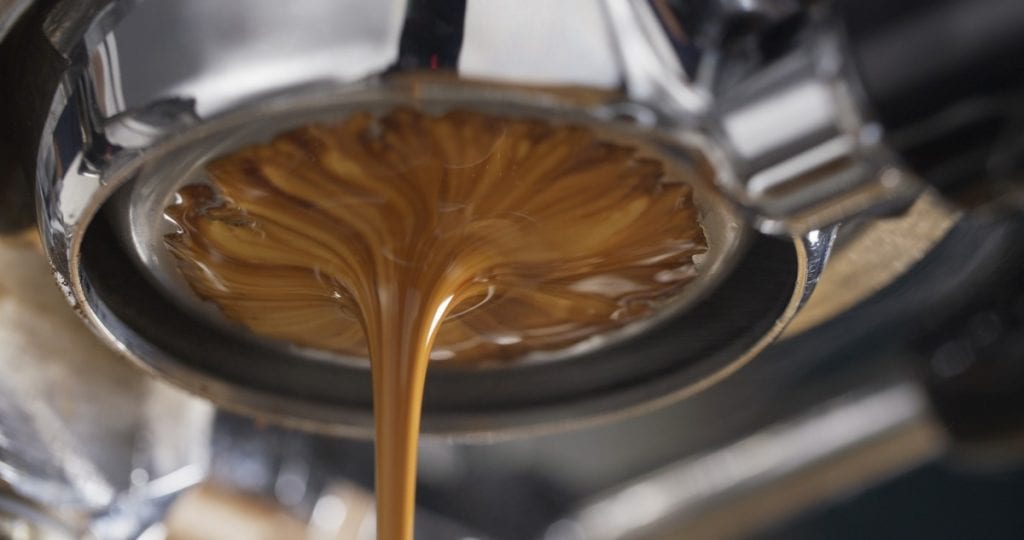 Habits of Italians at the coffee bar

In addition to regional variations, in Italy there are many other ways to enjoy espresso coffee, shared from North to South of the Peninsula. From Marocchino to corretto, here are the habits of Italians at the coffee bar.

As the evolution of the Piedmontese bicerin, the Marocchino was born in Alessandria in the first half of the 20th century, more precisely at Bar Carpano, which was located in front of the historic Italian hat factory Borsalino. Inside the hats there was a strip of fine leather called Marocchino, once used for binding books: the name of the coffee beverage was chosen precisely for the reference to the dark colour of the material. The characteristic of Marocchino is the different layers: espresso, frothed milk and bitter cacao powder, and that is why the drink is always served in transparent glass cups that allow you to admire the various components.

Even a simple espresso, without adding other ingredients, can be served differently. Ristretto, for example, is when you have less than 30 ml of liquid in the cup: a "reduced" espresso, with a very intense and bold taste, extracted in less time than expected (the standard requires between 20 and 30 seconds). On the contrary, an espresso lungo is not very dense and obtained with a slower extraction, which usually exceeds 35 seconds. And what about the corto? In reality, no beverage goes by this name: what we Italians call "corto" is a regular espresso extracted correctly.

Caffè corretto and with a "mosca"

Grappa is one of the most used spirits to spike coffee, but in reality any alcohol can be fine depending on personal taste. Another classic pairing is with Sambuca, which finds a happy marriage with black gold also in the variant with mosca, i.e. "fly". It is not an espresso in this case, but a glass of Sambuca served with one or more coffee beans floating in it, which is still worth mentioning. In fact, there are many anecdotes about the origin of this tradition, but the most curious concerns Federico Fellini, Marcello Mastroianni, Anita Ekberg and Walter Chiari during the filming of "La dolce vita." The actors used to spend their break in a coffee bar on Rome's Via Veneto and, according to popular belief, one day as a joke one of them dropped a coffee bean into a glass of Sambuca, shouting "There is a fly in my drink!"

Probably one of the most beautiful Italian traditions linked to the world of coffee, an ancient custom that deserves a separate chapter: a "suspended" coffee can best embody the Neapolitan spirit. Generous, lively, enjoyable: why deprive yourself of a little pleasure like an espresso at the bar? A habit deeply rooted in Neapolitan culture, so much so that it is never abandoned, even in difficult times. Suspended coffee began to spread during WWII, a period of poverty in which those who could afford it paid for two cups of coffee: one for themselves, the other for those who did not have the means. It was then up to the barista to offer new customers the coffee already paid for by the most altruistic consumers. In 2010, for its 150th anniversary, Caffè Gambrinus wanted to resume the tradition, bringing to light a partially forgotten practice, to be carefully preserved and spread in as many areas as possible. The writer Luciano De Crescenzo also spoke about it, dedicating the title of one of his books to this act of kindness, "Caffè sospeso: When a Neapolitan is happy for some reason, instead of paying for just his coffee, he pays for two, one for himself and one for the customer who comes after. It's like buying coffee to the rest of the world."