Halloween: history, recipes and traditions of the witch festival 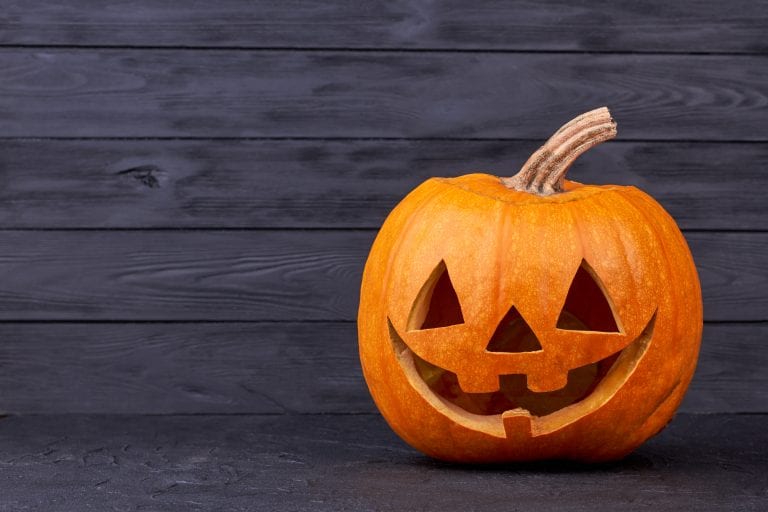 Halloween is one of the most spectacular and funny American holidays, but its tradition hides a spiritual and ancient soul. 31 October’s history and typical dishes.

Amid initial criticism and sceptical glances, Halloween has long since spread in Italy, whilst in America it is an institution (so much so that a quarter of the sweets sold annually is concentrated in the month of October). However, Halloween is actually a celebration that is rooted in the Irish culture. The name comes from the Irish All Hallows' Eve, shortened to Hallow E'en, indicating All Saints' Day. But even before that, there was Samhain, a pagan festival also known as Celtic New Year.

Samhain, the Celtic New Year and the spirits

Celebrated on 1 November, in the beginning it represented New Year's Eve, the day marking the end of the harvest and grape harvest, and the onset of winter. According to Celtic culture, during the night of 31 October the boundary between the living world and the dead world became more blurred, less clear-cut: the two universes merged and intersected, and the dead returned to earth to help the Celtic priests, the druids, with their predictions about the future.

Samhain, the first Halloween amid bonfires and masks

Animal sacrifices, large fires and masks: folklore was at the heart of celebrations, starting with the costumes, made with animal heads and furs. After the Roman conquest, the tradition continued in the Celtic lands, but merged with the Feralia, Latin festivals dedicated to dead ancestors, and the celebration of Pomona, goddess of fruits whose symbol is the apple (today still one of the most common products in Halloween recipes). 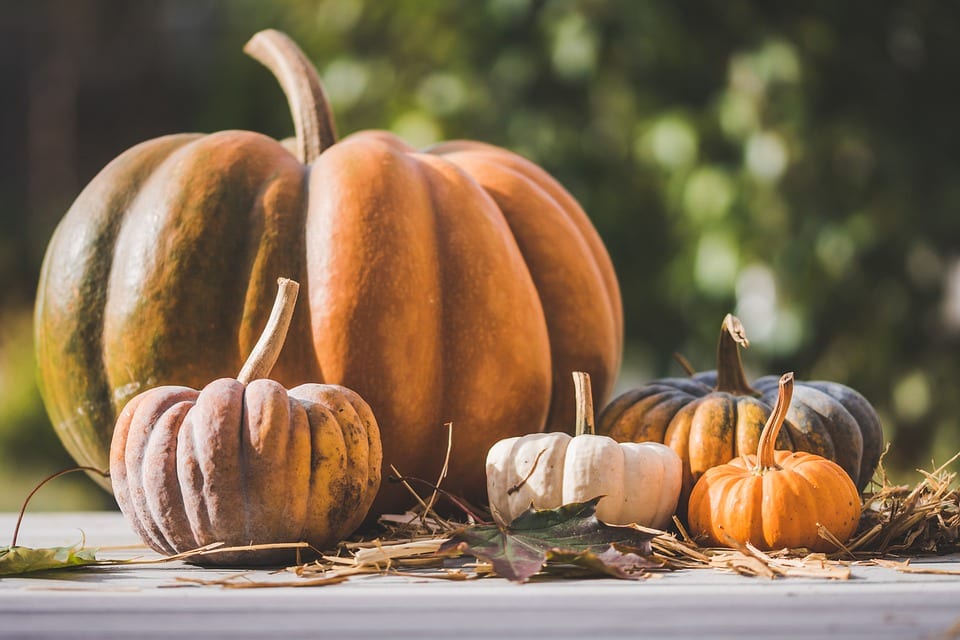 Halloween in America: from colonies to immigration

But how did Samhain – a ritual widespread in Ireland and Northern England – come to America? The first records go back to the British colonisation, especially in Maryland and in the southernmost colonies. However, the holiday officially spread in the second half of the 19th century, with mass immigration from central and northern Europe. It was the Irish, who came to America after the Great Famine, who imported the tradition that over the years took on a different character, becoming Halloween as we know it today. 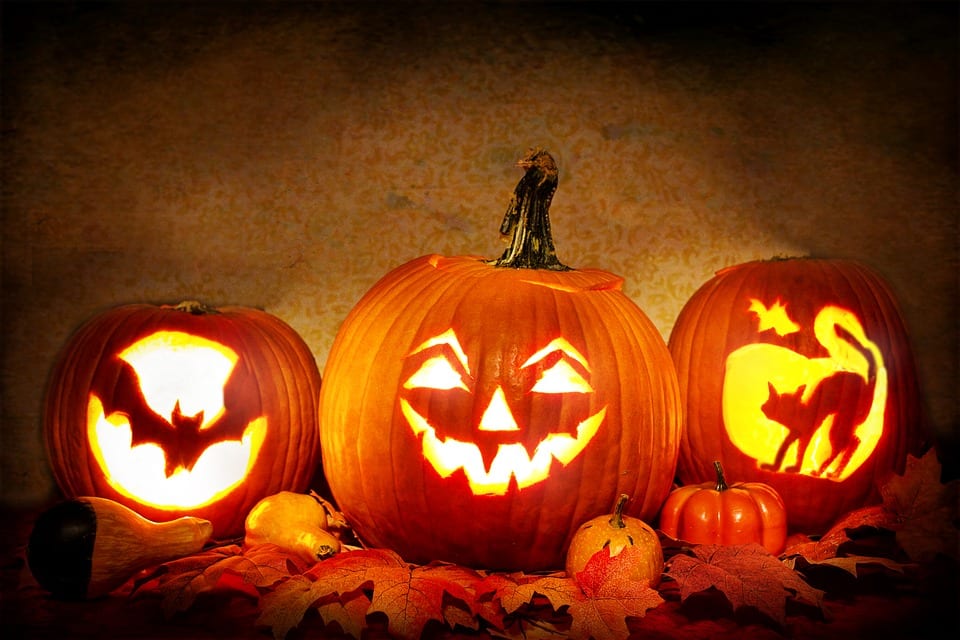 Halloween and the pumpkin tradition

Symbol of the festival, the carved pumpkin is another practice inspired by the Celtic culture. To ward off evil spirits, the Celts turned turnips into monstrous faces, removing the flesh and inserting a candle inside to light the way to the bonfires and show the way to the good spirits. The carved turnips went down in history as jack-o'-lanterns, originated from a famous Irish myth about a heavy-drinker blacksmith named Jack. Legend has it that he made a deal with the devil, but then he was trapped and sentenced to roam the earth as a wandering soul, with a burning coal inside of a carved-out turnip. Americans decided to continue the tradition with pumpkins, because of the large number in the country.

But let's get down to food: what do we eat on Halloween? In the beginning, the soul cakes were the protagonists on the night of 31 October, a gift from the wealthier Celts to the poorer ones in exchange for the promise to pray for their dead. The ritual has long been carried out by children, who go from house to house asking: "Trick or treat?". Besides sweets, chocolate, lollipops and snacks, adults also make homemade recipes. Pumpkins play a starring role, followed by apples, but there are also those who choose to prepare traditional Irish recipes as a tribute to the festival origins. 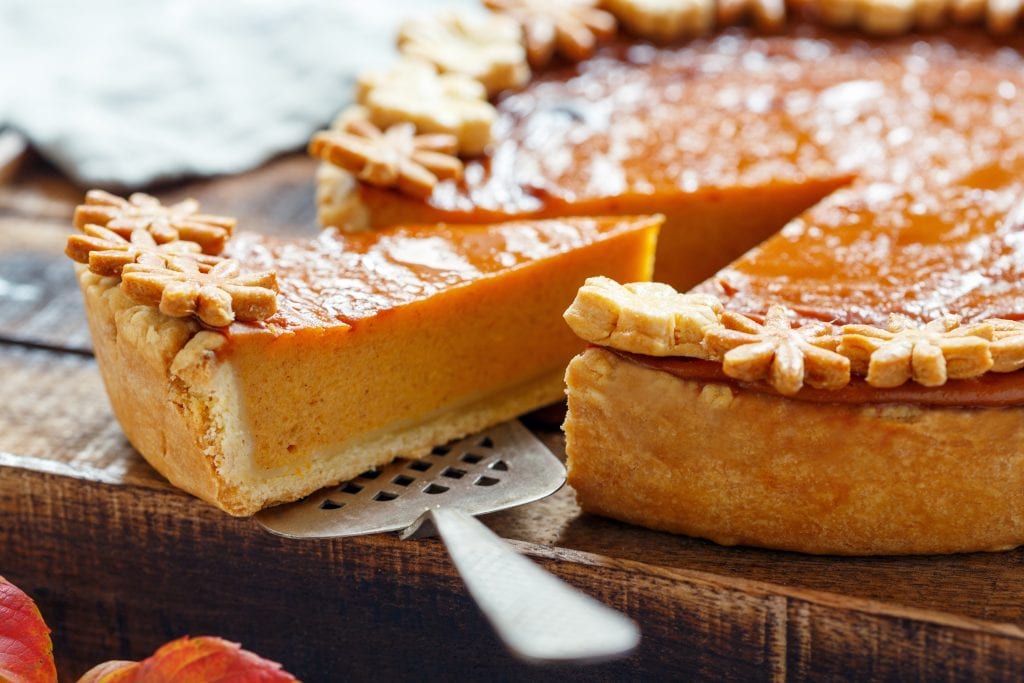 It's one of the traditional Thanksgiving dishes, but there's no shortage of pumpkin pie on Halloween too, perfect for scooping out the flesh of pumpkins used for decoration. It's made from a shortcrust pastry base, filled with cooked pumpkin and flavoured with cinnamon, cloves and other spices.

Nougat-like confection made with egg white, sugar and corn syrup, to which dried or dehydrated fruit is added. Uncertain are the name origins, although legend has it that the first people to taste it were so impressed that they exclaimed "Divine!". It is also known as 'southern candy', because it is often enriched with pecans, typical of the US southernmost countries, as well as South America. 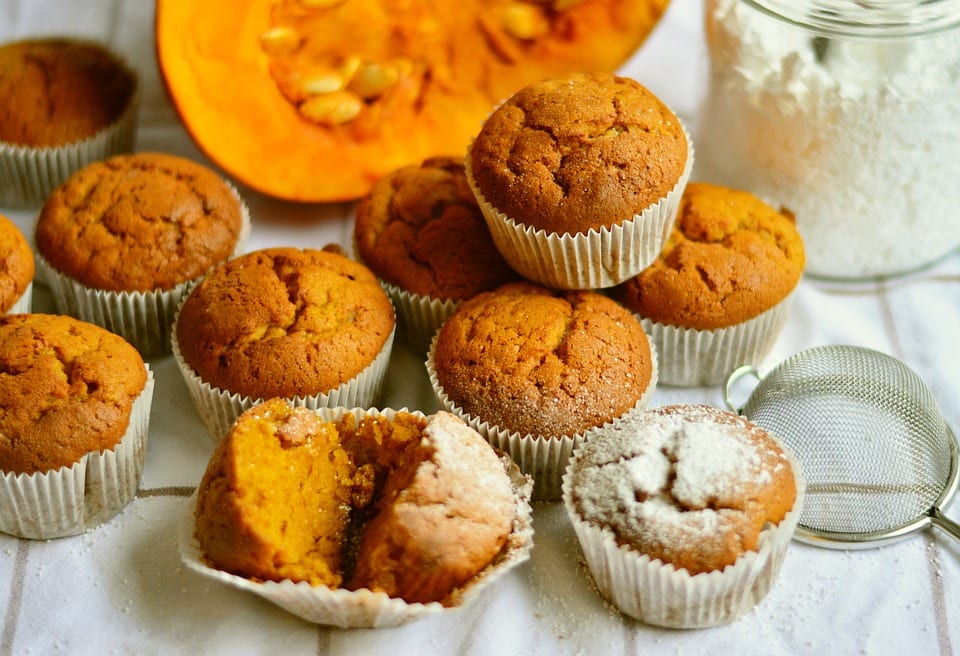 Or even cupcakes: in a nutshell, any dessert goes as long as it has pumpkin in it. Muffins is one of the most popular recipes, quick and easy to make, to flavour with cinnamon or cover with orange icing. Of course, there's plenty of room for imagination even in decorations. 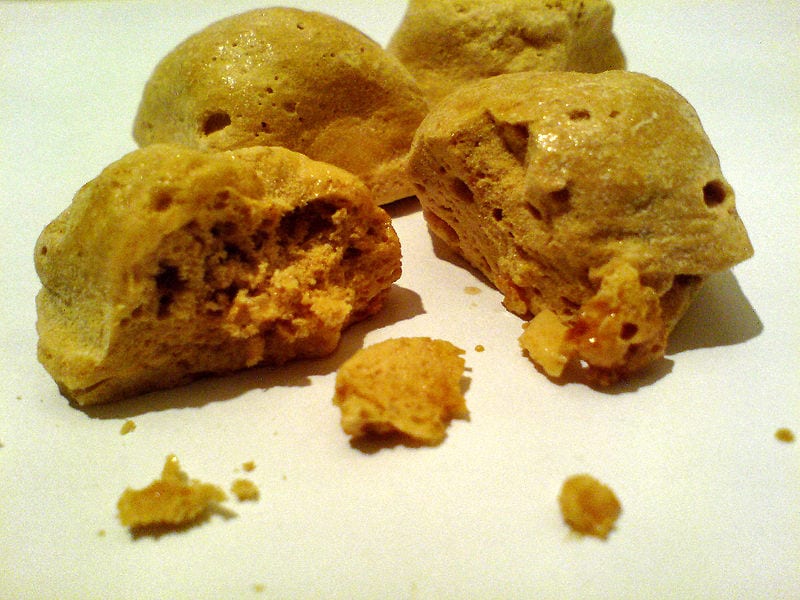 Also known as 'honeycomb toffee' for its shape, this creation has a sponge-like texture. Made with brown sugar, corn syrup (or golden or maple syrup), baking soda and a dash of vinegar, it comes in different shapes and sizes and is widely used inside chocolate bars. 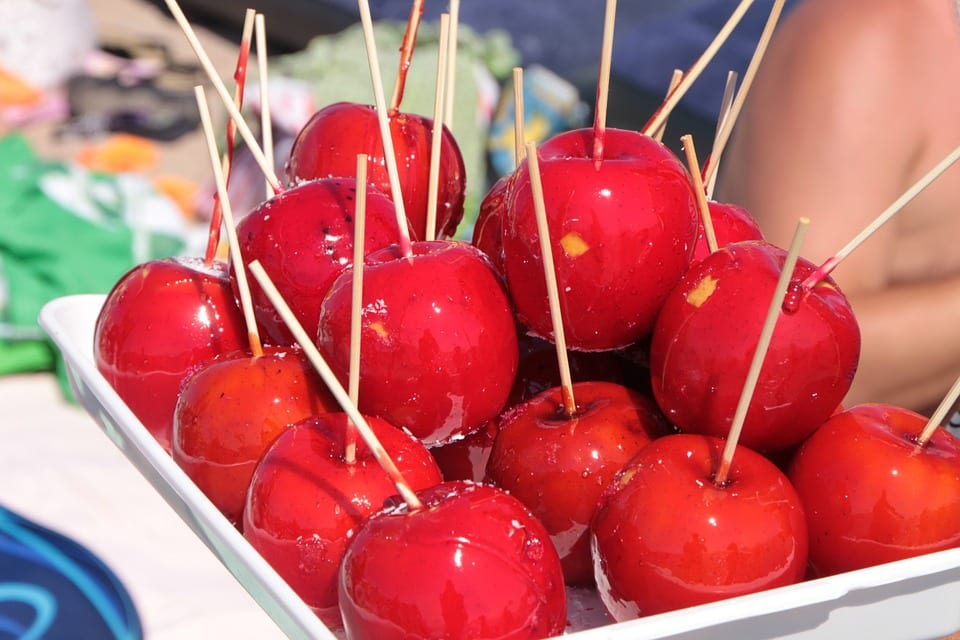 Already present during bonfires and pagan Samhain rituals, apples are an essential Halloween ingredient. The most delicious recipe that never goes out of fashion is the candy apple with a crispy caramel coating. One rule: the apple must be red. 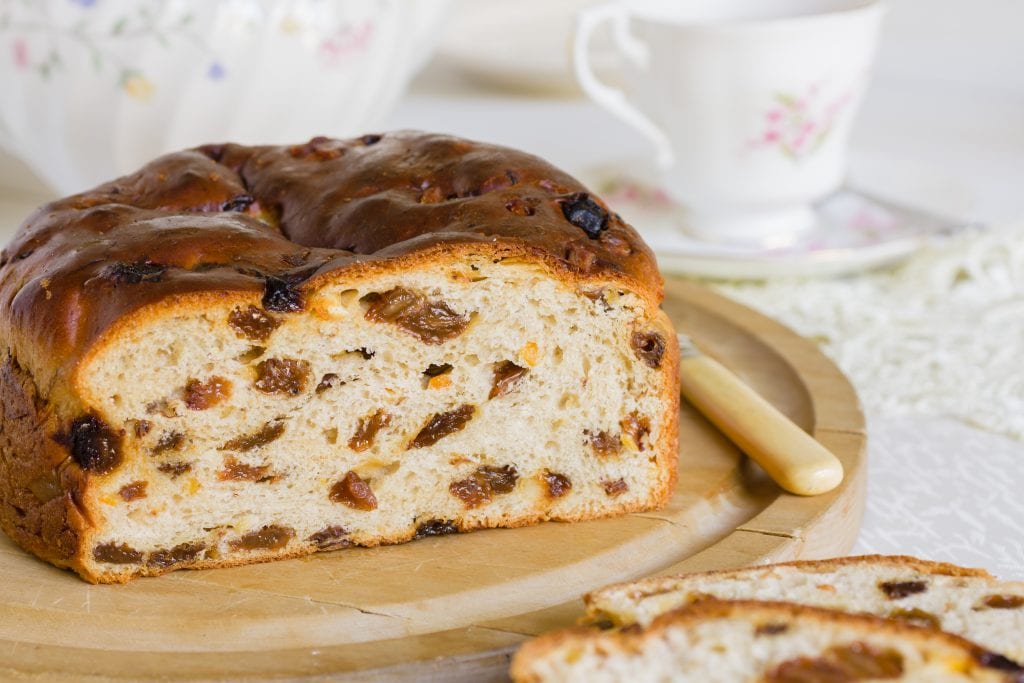 A savoury sweet bread with sultanas and raisins, various items such as rings, coins, sticks, peas –each with a special meaning – were originally placed inside the barmbrack. For example, those who found the stick would have an unhappy marriage, while the coin symbolised a prosperous future and upcoming nuptials. Today, only the ring is generally included. A hearty, creamy, vegetarian dish, colcannon is made from mashed potatoes and cabbage or kale, with optional ingredients such as leeks, onions, chives and other herbs. The Halloween tradition is to serve it with a ring and a thimble hidden in the dish, as well as with a few good luck coins.

Traditionally made to commemorate the dead in Celtic tradition, soul cake is still popular in Ireland and other countries. Soul cakes are large spiced biscuits that come in different varieties. Whatever the recipe, the key is the presence of spices and raisins in the dough, as well as the cross marked on the top of each cake before baking. 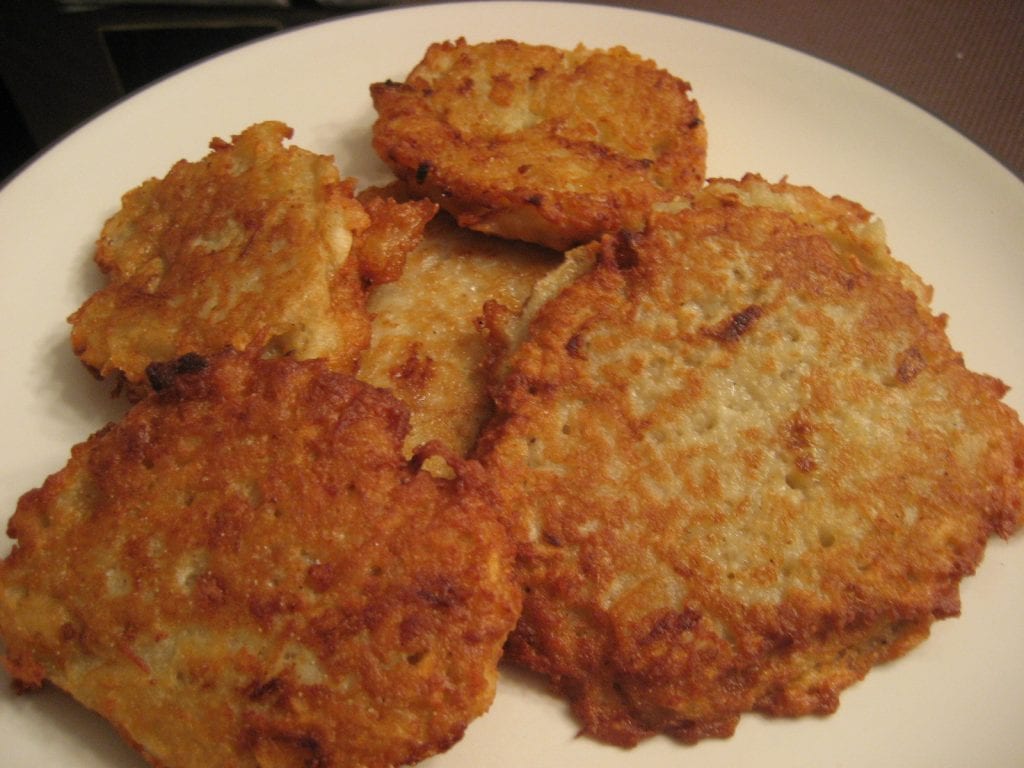 The ultimate Irish comfort food: potato pancakes made with flour, grated potatoes, eggs, salt, pepper and other optional ingredients such as onions or cabbage (leftover vegetables are usually used). They are cooked directly in the frying pan with a little butter, until they become discs similar to classic pancakes. 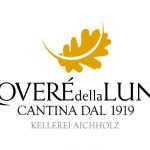