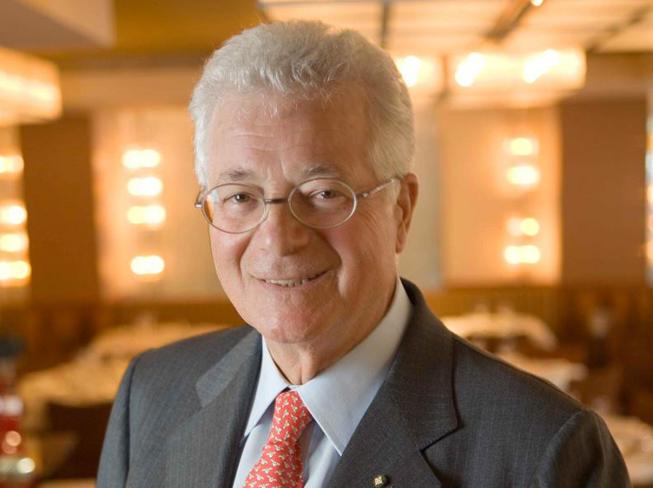 We would like to pay tribute to the acclaimed restaurateur Tony May, who championed authentic Italian cuisine in the United States. Patron of several restaurants that have made New York’s culinary history, starting with the legendary ‘San Domenico’, which revolutionized the concept of Italian cuisine in the US. At the time he was Antonio Magliuolo, a native of Torre del Greco, near Naples.  He has died at age 84 after a brief illness in his house in New York. The news of his disappearance was given by the family: he leaves his daughter Marisa who has followed in her father's footsteps. Tony May was the owner of the legendary restaurant ‘San Domenico’, the temple of Italian cuisine in the Big Apple. US standard-bearer for Italy’s best gastronomic tradition ("he is causing a revolution: the Italians are overtaking the French in the world of haute cuisine", wrote ‘The Economist’ about him). The website wetheitalians.com has carefully retraced his success history. Here are some excerpts: “Born in 1937, he was the first of eight children of Ciro, a sea captain. He left the province of Naples at a very young age to land in America in search of fortune. And within a little more than a decade of working his way up from being an anonymous emigrant, he became the king of the table. In Manhattan he was hired as a waiter at the Rainbow Room, one of the restaurants of the Rockefeller Center: in 1964 he became the maitre d' and in 1968 he became the director of the restaurant. Ten years passed and he took over the property, transforming the rooms on the 65th floor of the skyscraper into a restaurant combined with a nightclub that hosted the greatest jazz musicians. While still at the Rainbow Room, in 1979 he founded the Gruppo Ristoratori Italiani at the Italian-American Chamber of Commerce. In 1986 he opened a second restaurant, the Palio, and two years later the "San Domenico", considered the flagship restaurant of the Tony May Group, collecting praise for twenty years. In 1997 Tony May opened in the Twin Towers two more restaurants: Gemini and Pasta Break for the clientele of the financial district of Manhattan. On September 11, 2001, both Gemini and Pasta Break were destroyed in the terrorist attack on the World Trade Center. Tony May and his daughter, Marisa, worked tirelessly to help feed the rescuers and help his displaced employees. A new "Pasta Break" opened a year later in the E-Walk complex in Times Square. In addition to his five restaurants, he also founded two cooking schools. For his work in favor of Italian cuisine abroad, President Oscar Luigi Scalfaro granted Tony May the title of commendatore of the Order of Merit of the Italian Republic. In 2008 the San Domenico closed its doors in Central Park South and the following year Tony May, with his daughter Marisa opened SD26 Restaurant & Wine Bar, a three level restaurant in Madison Square Park North presenting contemporary Italian cuisine. Awarded many times by both American and Italian institutions for his talent and commitment to culinary entrepreneurship (in 1985 he received the Caterina de' Medici International Award), Tony May is the author of a successful book entitled Italian Cuisine: Basic Cooking Techniques, also used as a manual in cooking schools. The brief illness that struck him, caught Tony May while he was about to open a new restaurant in downtown Manhattan”.

If today the Italian cuisine in the US has achieved such a high standard, we owe it also to him, who mentored generations of chefs, as well as dining room professionals. Goodbye Tony.