From Friuli to Bordeaux to heal French vineyards. The great Chateaux and the Italian pruners 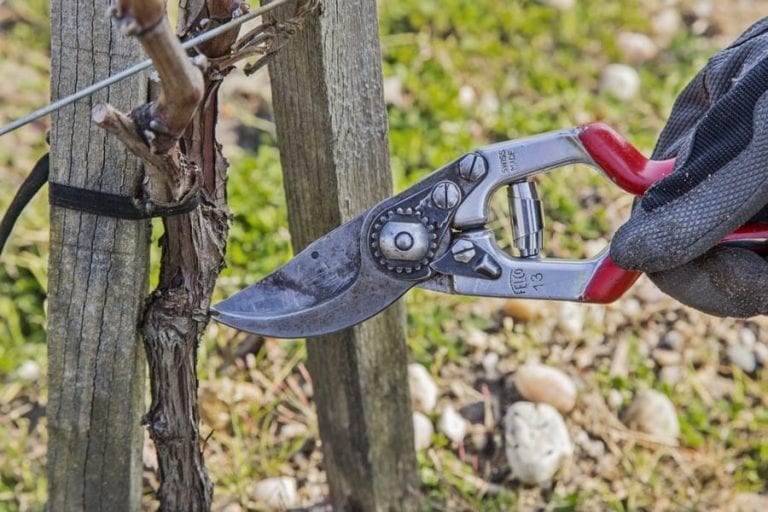 Marco Simonit and Pierpaolo Sirch, grape pruners from Friuli, have made their mark in France. In Bordeaux, the great Chateaux saw their vines dying and called out for help.

The Italian pruners in France

“Que font les Italiens?” What are these Italians doing, many asked themselves in France – in Bordeaux, Burgundy, Provence and the Loire. Marco Simonit and his Italian team did not pass unnoticed when they walked around the streets of Bordeaux. Their clothing – they all wore colorful, visible, plaid shirts – was recognizable, an outward sign of teamwork that is rare in work and in life. “The idea of wearing plaid shirts came about by accident,” Marco Simonit told us. “When I got home from school, I changed my clothes and wore khaki pants, a wool sweater, and a checked or plaid cotton shirt. That was my everyday uniform. It was what my grandfather and my uncle wore, comfortable, functional dress. When I began working, I thought that comfort was essential, and my old school ‘uniform’ was perfect. Then I saw that over time, the plaid shirt could be a distinctive brand element, the country style of those who worked in the vineyards. Also, we wanted to be sure we were immediately identifiable. Obviously, if we hadn’t been effective, clothes would not have been enough. But meanwhile, everyone recognizes us now.” 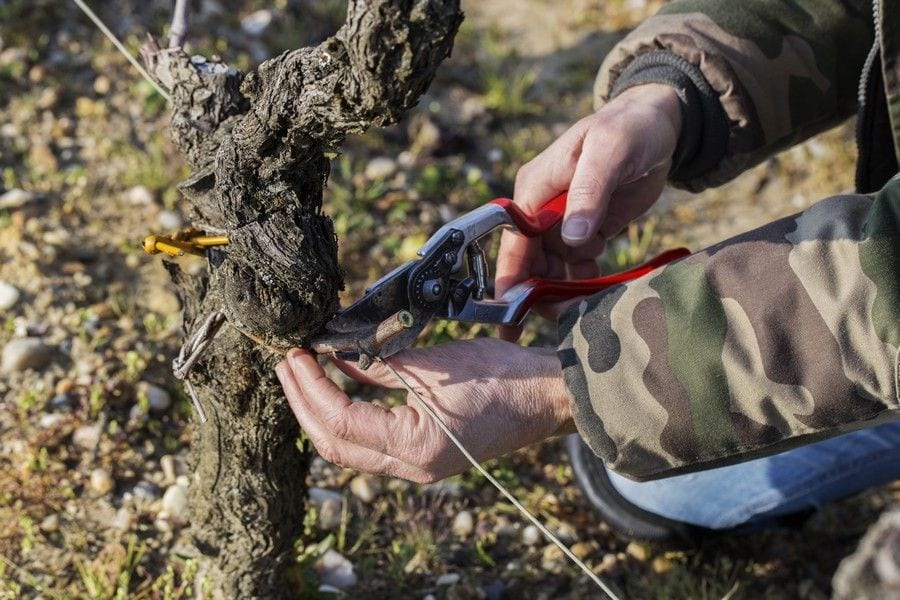 Although they had revolutionized iconic vineyards like those of Schiopetto, Josko Gravner, Venica, Ferrari and Bellavista and contributed to reshaping the identity of nebbiolo in Valtellina, Simonit and Sirch were met with skepticism when they first started work in France. Today the pruning method that links their two last names (Simonit&Sirch) is seen as a model. The greatest French houses have trusted in the maîtres tailleurs de vigne. Premier Grand Cru Classé Château Ausone, Grand Cru Classé Château Pape Clement, Château Carbonnieux, Château Latour, Moët et Chandon, Château d’Yquem, Domaine de Chevalier, and Louis Roederer are only some of the names of those the team has served, caring for the vineyards according to the criteria that is the key to their success. Their four simple rules are adaptable to all vine training methods.

“We began with Guyot, which is the most popular training system in the world. We observed the acrotony of the plant,” explained Simonit as he applied his shears to bunches of Yquem. “That is, its characteristic genetic tendency to germinate at the apex of the branch. The French Guyot method has two branches that grow outwards, and like a liana, its buds germinate further and further from the principal trunk, looking for light.”

With age, the plant grows and takes up space. Pruning is necessary to eliminate useless shoots, which, for the French, were also those of the spur, the future branch that, however, guarantees the buds for the following year. “That meant that vignerons in Bordeaux made cuts that were too invasive, creating real wounds that the vines were not able to heal.” Marco touched one. “The sap flow was not continuous. Deep, large cuts caused liquid to pool in the injured branch and then subsequently dry out. Eventually the plant died and had to be eliminated.” The spur, however, is the only factor that can assure the life of the vine in successive years. 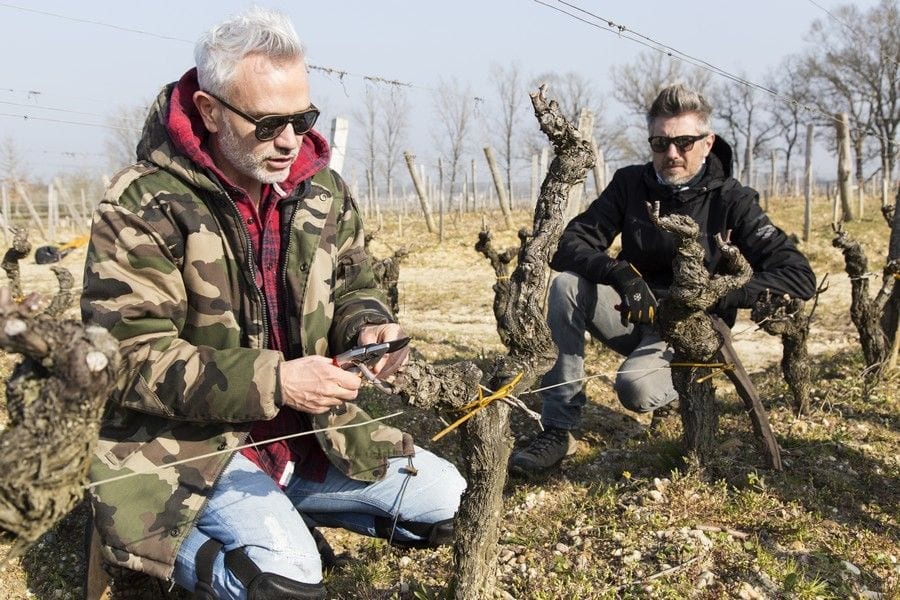 Wood aliments and other diseases

Today in Bordeaux, over 10% of cabernet sauvignon vines are suffering from wood ailments, such as esca disease. This situation followed a ban on sodium arsenite, the only chemical remedy for fungus attacks, but also a serious problem for human health. The vines of Château Haut-Bailly, owned by an American, Robert G. Wilmers, demonstrate the issue. “Here you can come across old vines, but many of those we found had weak branches. They had difficulty finding a suitable path for their sap,” commented Massimo Giudici, head of the team in France. “We work stem by stem, because each winery has its own history. For each Château we developed a Simonit manual and different rules to follow.” From Graves, we traveled to Sauternes. The same problem appeared in the sauvignon blanc vines. Château d'Yquem is the iconic sweet wine transformed by botrytis cinerea (noble rot). Seeing it early in the morning when the fog is curling around the trees and over the long stretches of vineyard is a unique, unforgettable spectacle.

Not far from the Ciron River, a tributary of the Garonne, which the French nicknamed the rivierè d’argent, the money river, thanks to the riches it ensures for local producers, are the vineyards that frame the majestic castle owned by Moët Hennessy Louis Vuitton (LVMH), the luxury giant. For over 400 years, wine has been made here. It is the only place in the world to have the title Premier Cru Supérieur. “The oldest vineyards here are almost all sémillon, which, despite the large-scale cuts, can last a long time,” said Marco Simonit. “However, the vignerons aren’t able to keep sauvignon alive into old age, especially in this particularly humid, rainy climate that favors fungal growth.” Here too, the team is trying to develop a method for plant defense, working both with old and new vines, teaching local pruners better procedures. Separated from the vineyards that produce the legendary sweet wine, the Italians have planted an experimental section in which young rows of sauvignon grow, pruned with respect for their specific structure. This field laboratory will give definite answers only after fifteen years or so. 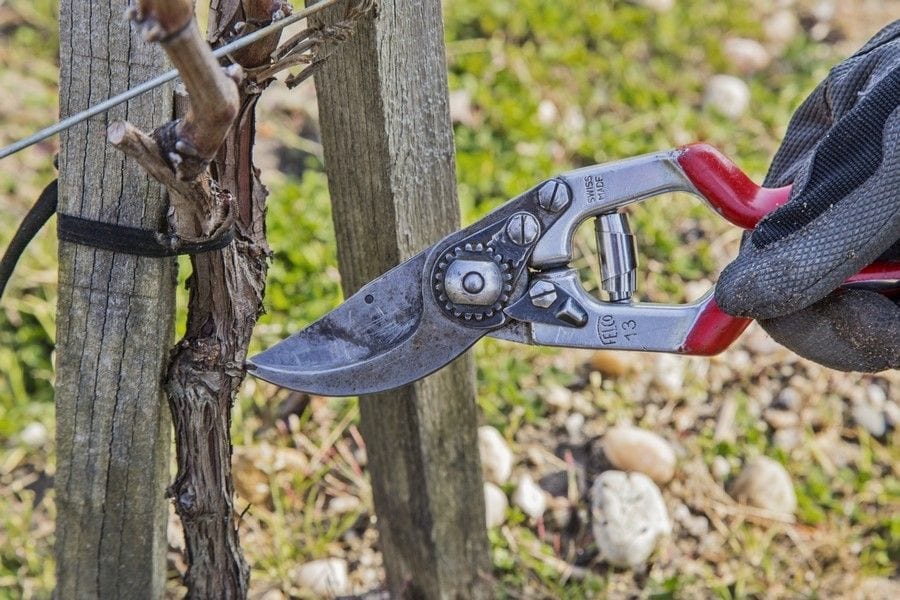 From tradition to innovatio: Tony Ballu in Saint-Émilion

We continue on our journey towards Saint-Émilion. ChâteauAusone, an historic winery located on a cliff of limestone rock, has seven hectares of land and an ancient, carefully preserved chapel. “Here we carried out a different kind of intervention,” Marco explained. “We undertook a truly surgical operation. We entered underneath the cones of dryness where the wood had deteriorated and with little saws, we cleaned out the dead wood. After this, more than 80% of the plants didn’t show new symptoms of necrotomy. This reinforces the promise of a vineyard that can stand up to the passage of time and proves the importance of the vigneron who looks after and protects the life of the vineyard.” The ardor of the Simonit&Sirch team and the passion that moves the group managed to convince even traditionalist Tony Ballu, technical director of Clos Fourtet, also in Saint-Émilion. “Excellent work in the vineyard is the only way to guarantee long life to the vines,” Ballu affirmed. “That’s why I trusted these crazy pruners.” A biodynamic producer since 2009, Tony Ballu is convinced the vine has to be listened to and looked after, that the soil mustn’t be subjected to useless mistreatment.

The last stop on our pilgrimage with the pruners from Friuli was another legendary place: ChâteauPichon Longueville of Louis Roederer between the communes of Pauillac and Saint Julien, in the Médoc region. Winery director François Taris-Loiry met us in the historic castle among the revolutionary plantings. Here the conditions of some vineyards seem more complicated than others. “In the Médoc, about 10% of the vines are removed each year. The problem is related to the sensitivity of cabernet sauvignon. It suffers more from wood diseases. This means that over ten years, if you didn’t replace the vines that died, you wouldn’t have any left. It would have a devastating economic impact and the product would not have homogeneous quality,” Marco explained. “ChâteauPichon Longueville was the first chateau in Médoc we worked for. Then came Château Latour. It was a great step forward for our team to be able to create a real experimental vineyard and use evolving techniques. Humans have to be able to interpret all this, have to put themselves in the center of the vineyard and understand its microclimate.” And in this way, restore the ancient bond with terroir. 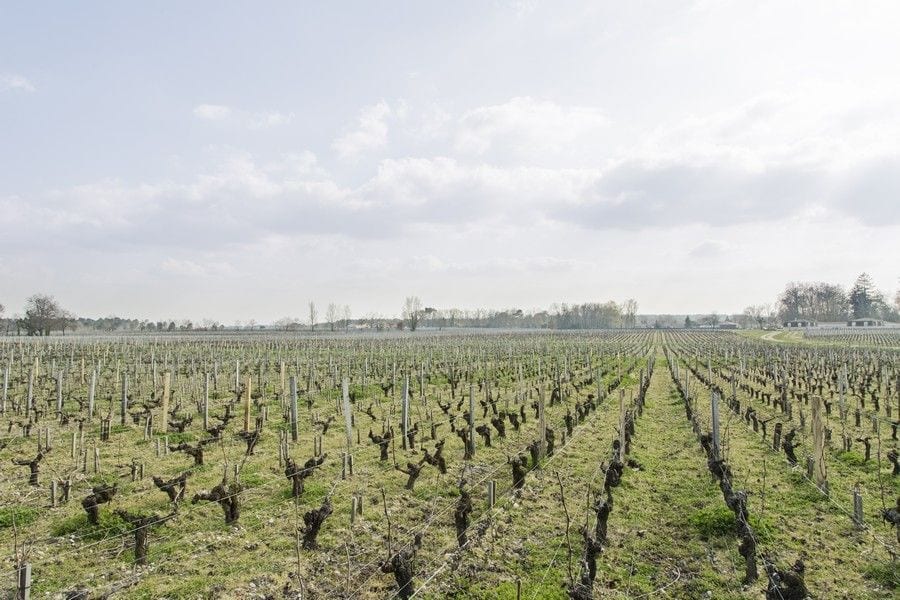 The two guys from Cividale summoned by Dubourdieu

Behind the image of vineyard tough hides a sensitive and pragmatic man, one who knows his stuff and could write encyclopedias about grapevines. Born in Gorizia, in Friuli, in 1966, Marco Simonit attended the prestigious high school, Convitto Nazionale Paolo Diacono in Cividale del Friuli, where he met Pierpaolo Sirch. The two boys went on together to the city’s Istituto Agrario. After graduation, they went their separate ways, but met after Marco left his job at the Consorzio del Collio. They began to carry out the pruning strategies they had observed in the vineyards of Schiopetto, Josko Gravner and Venica&Venica. The Simonit&Sirch method was born. They put together a team that worked around Friuli and began to arouse interest in scientific circles. “Attilio Scienza, professor of viticulture and president of the Viticulture and Enology faculty at the university of Milano,” Marco remembered, “came to visit the Friuli vineyards and see our work. He realized that our methods should be taught to others. Thanks to his support, we carried out specialized pruning interventions for Gaja, Ferrari and Bellavista.” Today, after their first book Manuale di Potatura sulla vite Guyot (Pruning Manual for Guyot Vines), a new publication is on its way.

All over Italy’s wine zones, pruning courses are being offered in collaboration with local universities. Working relationships with the great international wineries are well-established, but now Simonit and Sirch are aiming to involve Italian ones as well. “The most important wineries in the world hire specialists who follow the entire production process. In Italy, as opposed to France, it’s still not like that. We went to France in 2011 because Denis Dubourdieu, a world-famous enologist, called us about the problem of necrotomy, the dying off, of sauvignon in Graves. We analyzed the vineyards for a year. We looked at row after row to understand the reasons, we collected material and photos. In 2012, we reported our results and our ideas about what was happening. At the start, they didn’t trust us. Then, after only a week, they asked us to rescue their vineyards. Dubourdieu said, ‘You’ll see that everyone will be doing this in their own vineyards soon.’ And that’s what happened!” 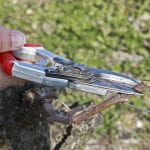 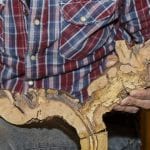 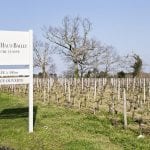 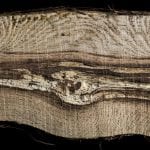 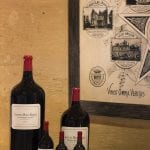 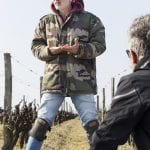 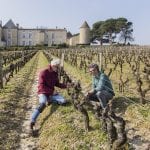 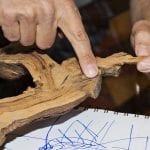