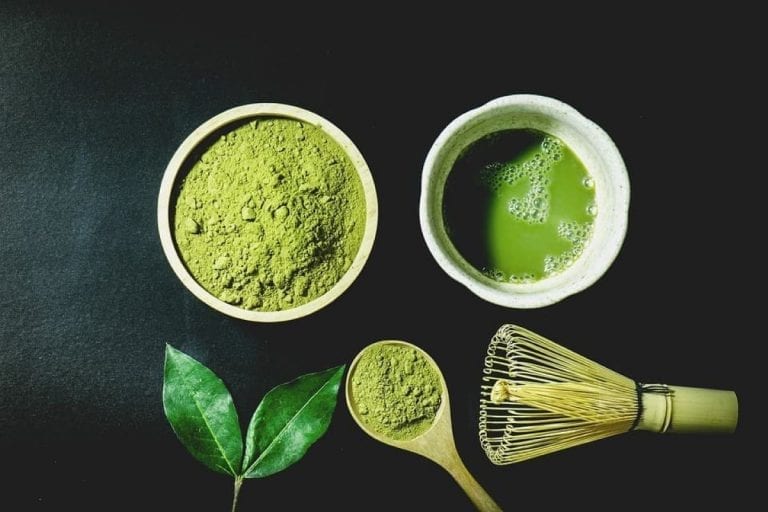 Emerald green, pleasantly sweet and rich in properties: there is more than one reason why the myth of matcha is still alive. However, a lot has been written on the subject, often making confusion between the actual tea and the products derived from it. We asked a tea sommelier to tell us all her secrets.

Dense, sparkling and . . . a pastel green hue. In 2017, matcha latte, a cappuccino with a slightly suspicious colour for fans of the genre, began to flock to the photo galleries of social networks. User curiosity and university research into the properties of the Japanese green tea, from which the beverage takes its name, do the rest. The matcha conquers the web, enters the local drink lists and earns its place among the infusions most celebrated by the champions of superfood (here is a list of those that will be de-populous in 2021). The kitchen bloggers make it a versatile ingredient, protagonist of sweet and savory recipes – pancakes, cakes, risotto and hummus – that bounce from one platform to another, aided by the unusual nuance able to attract attention. But what is matcha really? We spoke with an expert: here is everything there is to know about green tea from the Rising Sun.

“To dispel any doubt, we have to make a big distinction”, explains Gabriella Lombardi, Europe’s first professional tea sommelier and president of Protea (an association dedicated to spreading the culture of tea and training future experts in the field). ” On the one hand there is the ceremonial matcha, which is tasted in its entirety, on the other the gastronomic one, mainly used in the preparation of matcha milk, ice creams and sweets. Both are extracted into green powder, but have completely different characteristics. Unlike the second, which has spread recently, the first has very ancient origins: it has been cultivated since 1200 in two historical areas of Japan, Uji in Kyoto Prefecture and Nishio in Aichi Prefecture. The best organic matcha come from the latter region. ” Keep this in mind: if you want to buy a quality tea, you always have to check the place of production on the label.

How to choose matcha: anti-fraud strategies

The issue becomes more complicated when you go beyond Japan: “Today, China, Korea and other Asian countries are among the big exporters. Unfortunately, the weakness of matcha is the absence of registered trademarks. There is no certification such as the Docg to guide consumer choices, so under this name tea powders are also marketed that have nothing to do with the fine blend just described. ” How to defend against scams?” First make sure the mixture is sencha-based (a term referring to the Japanese green tea leaves used to make real matcha). And then, turn to specialized sites or retailers who are willing to provide precise directions on where to grow,” suggests the expert. ” Basically, you can find very good Japanese and Korean matcha on the market. “But the real test is the tasting: as we will see, only by tasting our tea we will have the confirmation that it is really a good product. 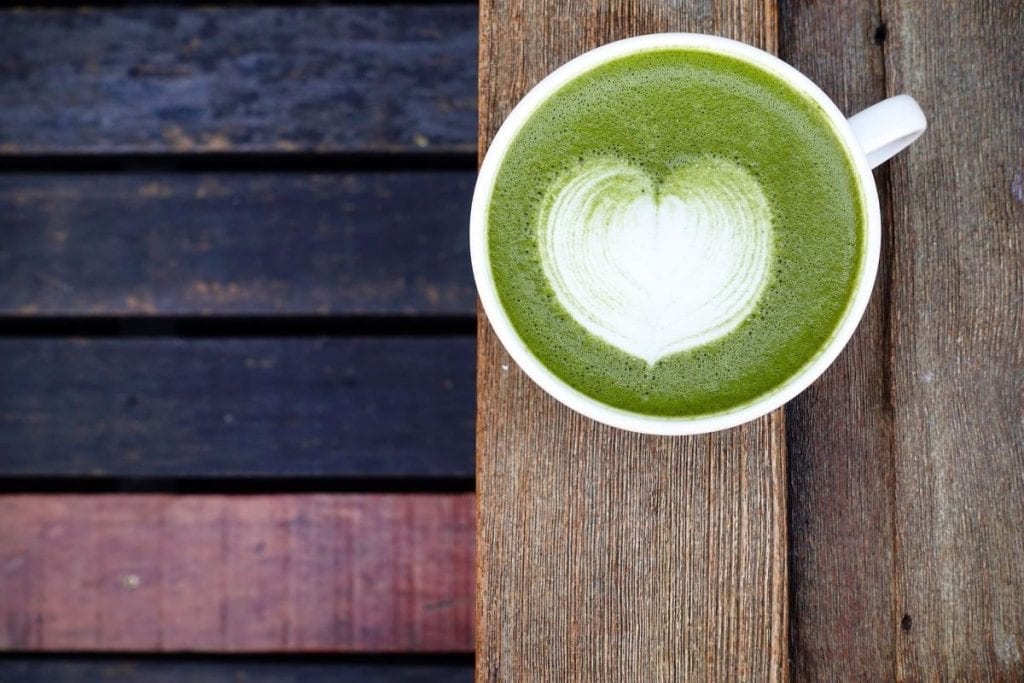 Matcha tea: all the secrets of production

The production of tasting matcha follows very precise steps. ” The plant grows away from direct sunlight during spring, developing more chlorophyll than other tea varieties”, explains Gabriella. ” After about a month, the sencha leaves are carefully selected and hand-picked by the operators, and then stewed. ” This is followed by drying, cooling, removal of the veins of the leaves and a period of storage at a controlled temperature which lasts until the beginning of autumn. At this point, the grinding process is carried out in order to obtain a dry substance similar to the boralco; in the case of the most valuable teas, this process is carried out in stone mills, otherwise in steel machinery. ” The difference, of course, can be seen.

The quality of matcha depends on several factors: the cultivars of origin (the most famous are samedori, saemedori, asahi and goku. Often the powder is obtained by mixing different types), shading the plants and care in the manual harvesting. ” For example, only spring buds are used to prepare the competition grade, which are tender and without ribs”, explains Gabriella. ” In this case, the nuance of the matcha is intense, emerald green, and the granulometry of the powder is very fine. Ceremonial versions usually have bright colours and are free of structural defects such as lumps. These characteristics allow us to distinguish them at first glance from the mixtures of gastronomic use, composed of leaves decidedly more mature. ” The tasting phase is also essential to evaluate the quality of the tea: the best grade have a pleasantly sweet taste, while commercial ones tend to be bitter. “The choice depends on the intended use. Fortunately there is a matcha for every need (and for every budget)” , he concludes.

Ceremonial teas are not necessarily the best choice. In fact, to prepare a smoothie or matcha latte according to art, it is better to focus on granular mixtures that favor the foam giving body to the drink, such as gastronomic blends. The same goes for desserts: by choosing high-quality matcha, you risk to “sweeten” the preparation too much. ” In addition, they are expensive and using large amounts of them in recipes is quite expensive”, notes the sommelier. ” Just to stay on the subject, there are some interesting products based on this ingredient that we still don’t know in Italy. A variant of matcha latte, for example, is matcha houjicha (“roasted”), with a color similar to cocoa and aftertaste of barley malt and nuts; it is made with toasted tea powder, which the Japanese like to add to the dough of noodles or ice-cream cakes, to give an aromatic touch. particular. ”

Benefits and Preparation of Matcha

Compared to other tea varieties, matcha contains more vitamins of group B and A, beta-carotene, calcium and iron. Its strong point: a polyphenol derivative called epigallocatechin, which has an antioxidant effect 20 times greater than that of vitamin E. How do you prepare the drink? Put 1 or 2 teaspoons of powder, suspended in hot water (at a maximum temperature of 80 °C) and stir rapidly until it is dissolved in the liquid. To measure the quantity and remove all the lumps, the Japanese use a chashaku and a wooden whip, the chasen, respectively. Then they sip it slowly, almost always in purity. To pair it with food: “The ceremonial varieties leave a sweet and ‘milky’ aftertaste in the mouth, so they go well with fine pastries or white chocolate (which should not be demonised). But also with soft cheeses (crescenza, certosa), oysters and seafood,” suggests Gabriella. Curious to try?

For information on tea and professional courses as sommelier: