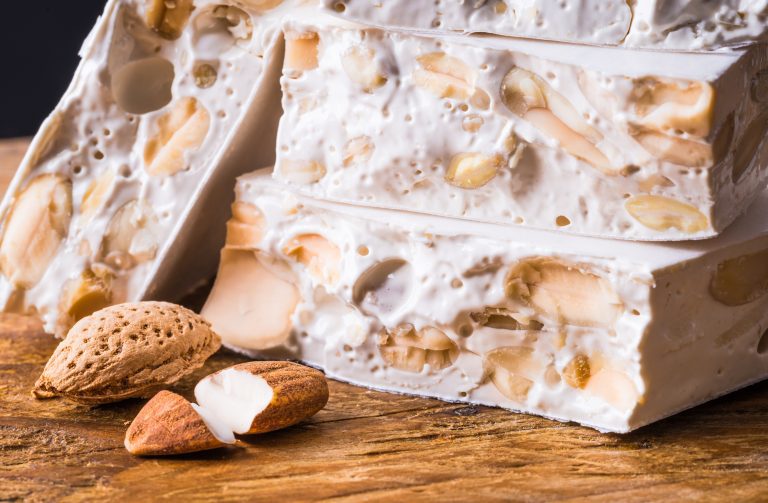 According to some torrone was born in ancient Rome, others say it came from China through the Arabs: in any case, today it is one of the most popular Italian Christmas dessert.

There is the classic crumbly kind with almonds and the tender kind with hazelnuts and chocolate. Unlike panettone, which was born in Milan, and Pandoro, originally from Verona, nougat is part of the confectionary heritage of the whole Mediterranean. According to some torrone was born in ancient Rome, others say it came from China through the Arabs, a plausible theory considering that the tradition of this dessert (in the plain version) also belongs to Spain, Greece and France. More or less the same ingredients, basically three: nuts honey and egg whites. But only in Italy is there such a large and colourful family of nougats that follows the vocation and availability of the nuts in the area. In Piemonte it's made with tonda e gentile delle Langhe Igp hazelnuts; with almonds in the Veneto and Cremona (where it was supposedly officially born in 1441, on the occasion of the wedding of Bianca Maria Sforza Visconti and Francesco Sforza) and also in Puglia, with Toritto almond variety. In Campania the derby is played between the hazelnut team (in Avellino and Salerno, hazelnut areas of Giffoni Igp and Alta Irpinia) and team almond (especially in Benevento). In Sicily, where the almonds of Noto and Avola and the famous pistachios of Bronte come from, torrone amazes with a wide range of products, including a sesame giurgiulena, aka gioggiulena or cubbaita. 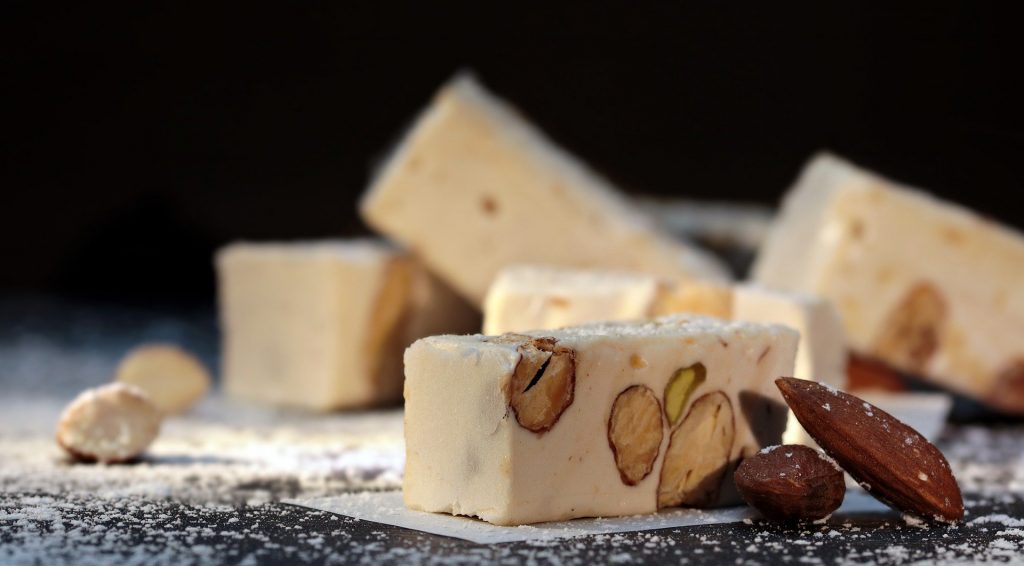 The chocolate variant with whole hazelnuts (sometimes made with gianduia), on the other hand, is more modern, now available in many interpretations, with pistachios or almonds, limoncello, further glazes and also in a two-tone version, that is a plain white nougat covered with dark chocolate. Appreciated above all by the little ones, the soft nougat with chocolate can give great satisfaction if made from a precious cacao mass. It can also be easily made at home, using hazelnut spread, dark chocolate, milk chocolate and hazelnuts. Just cover a loaf pan with the melted fondant in a double-boiler and let it solidify in the fridge. Then add the milk chocolate spread and add the hazelnuts, and pour the mixture into the mould. Once cooled, turn over and serve your homemade nougat.