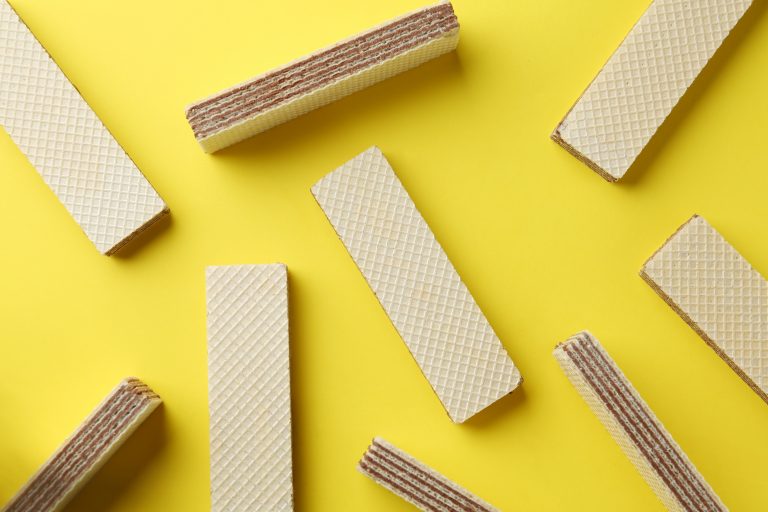 The waffle biscuit has many ancestors, from Belgian waffles to German waffles. Here's the history of wafers.

The history of wafers

If there is one sweet snack that everyone, young and old, can agree on, it is the wafer: a crunchy biscuit made up of two or more wafers, traditionally filled with hazelnut cream. How many, however, know his story?

•    Wafer comes from waba, a term of uncertain origin used to indicate the honeycomb or the beehive; in fact, the printing of the wafer brings to mind the dense network of cells that characterizes the bees’ nest

•    The waffle biscuit has many ancestors, from Belgian waffles to German waffles. And even in Italy, already in the time of Lorenzo de” Medici, the art of the waffles – able to make thin dough sheets, baked at high temperature in plier moulds decorated with tiny geometric motifs – was very much appreciated

•    To have an official recipe, we had to wait until 1898, when the young Viennese Joseph Manner laid the foundations for the worldwide success of the wafer. He is responsible for the invention of the Neapoliter Wafer, 5 layers of waffle filled with hazelnut cream, for a total weight of 7. 5 grams

•    Alfons Loacker is the forefather of South Tyrolean wafers, who forever binds his name to the delicious cookies. The history of Loacker wafer begins in 1925 in the centre of Bolzano, in the workshop in Piazza Domenicani. Today, the company exports to 100 countries around the world.