The Italian market says, “Organic,” but politics still lags behind 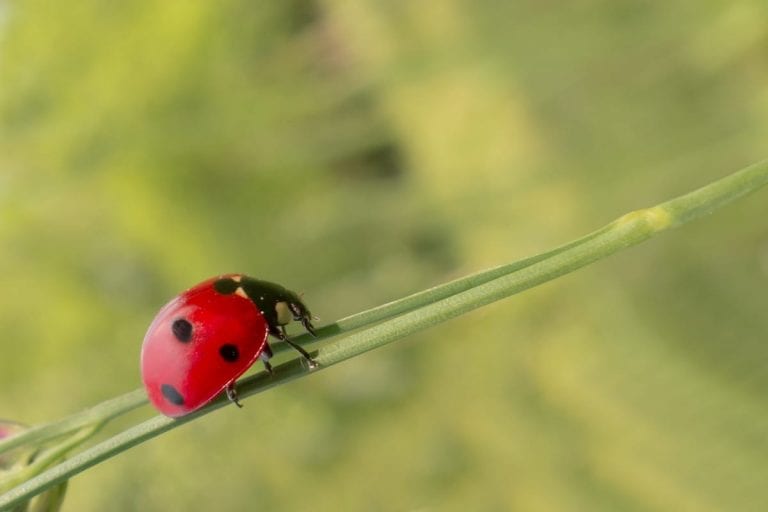 The pandemic created consumer loyalty with concepts of health and respect for the environment, food and organic item purchases are on the rise. Vineyard areas and wineries are increasing. Meanwhile, sector legislation is slow at the Senate, but something is moving.

For the 2020 consumer, organic means healthy and natural, of high quality and respectful of the environment. The Covid-19 pandemic, in a few months, has given a further boost to the health trend that is establishing in the preferences of buyers. Benefiting from this is a sector that Italy has developed with conviction over the last 20 years, becoming an international reference point. A sector that achieved a consumer turnover of 4.3 billion euros (+7%), exceeded 2.4 billion euros in exports last year and will be one of the government’s future cornerstones, in the Govenrment’s implementation plans of the European strategy Green deal – farm to fork and Biodiversity, the objectives of which aim to triple organic surfaces by 2030 and cut pesticide use by 50%.

In the specific wine segment, the signs of growth were evident, both in 2019 and during the lockdown of last spring, especially in the large-scale distribution channel, and are pushing many entrepreneurs to believe in business opportunities in this category. However, although the European legislative framework is clear on organic wines, our country (third in the EU for surfaces) is hesitating a little too much in approving the framework law, the Consolidated Text on Organic, which has been stuck in the Senate for the past two years. There is strong resistance from a part of the agricultural industry linked to the conventional one, supported by questionable scientific arguments in this regard which, according to Federbio, risk making Italy lose market shares, compared to France and Spain that are going at full throttle, just at the moment when the EU Commission has chosen the green and sustainable line. 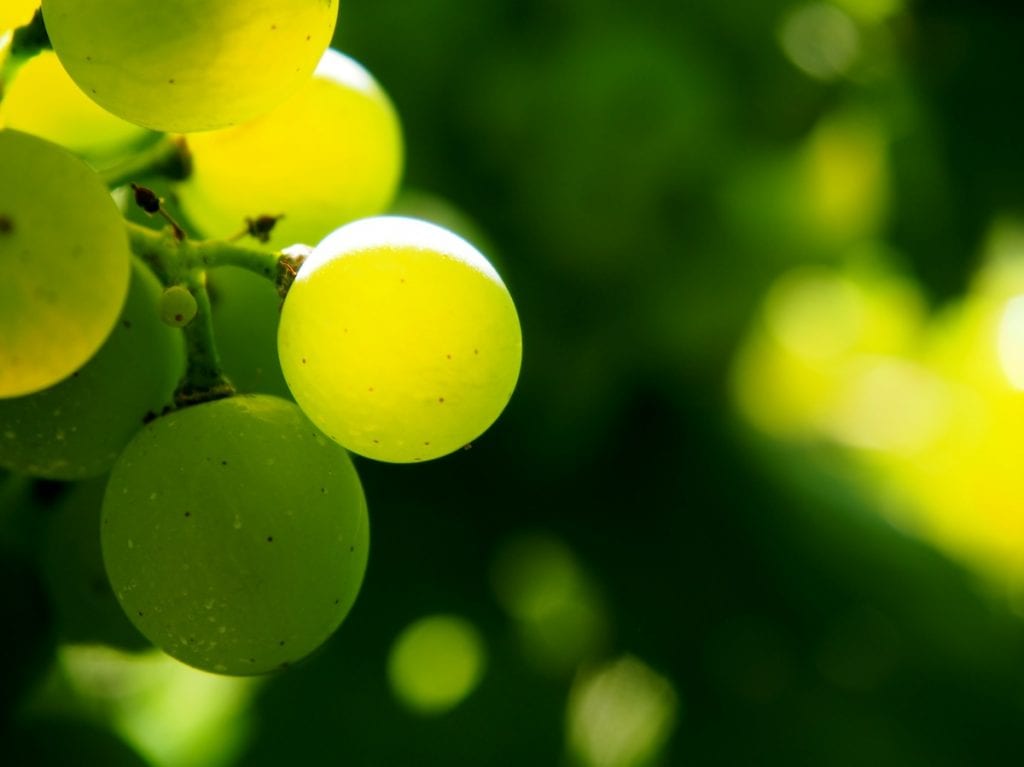 A Consolidated Law at a slow pace in the Senate

After more than two years of limbo it seems that something is moving in the parliamentary halls regarding organic matters. The Agriculture Commission in the Senate should resume the discussion on the Consolidated Organic Text, a legislation which has stalled several times due to cross-vetoes linked to lobbying interests, as Federbio points out. The sector, after law 20 of February 2018, which clarified the issue of controls and sanctions for operators, has awaited an overall reorganisation that hasn’t arrived yet. President of Federbio, Maria Grazia Mammuccini, speaks of strong resistance: “On the one hand, a scientific network linked to the so-called green revolution and synthetic chemistry has made itself felt towards our senators, sometimes with very dubious arguments, pushing them to delay the procedure of passing the measure. On the other hand, although agricultural organizations have said they are in favour of the law, in reality they must also defend the conventional system which is the one practiced by the majority of their members.”

Among the most contested points of the Consolidated Law is the recognition of the environmental and social value of organic farming: “This attribution of priorities in the policies of the Green deal is unliked.” But there is also another controversial point: “The Organic Agriculture Fund provides an investment plan for research, training and innovation. And this too,” explains President of Federbio “appears to a part of the industry as an incorrect use of economic resources.” Speaking of research, Mipaaf has just finalised the new 4.2 million euro national tender for organic agriculture.

The crux of fraud protection

In addition to recognizing the organic districts (and several have been created, especially in the wine sector in Tuscany, such as Chianti or San Gimignano), the Consolidated Organic Law also regulates decisive aspects for the future of the entire segment, starting from protection against false products. Today Federbio collaborates with the authorities, has an internal crisis unit but does not have surveillance agents. Currently, the chain of control needs more coordination and integration. This is why the guidelines of the Consolidated Law are decisive for producer organizations, business networks and inter-professional networks: “Today, organic is a certified and regulated trademark at a European level like the designations of origin which,” Mammuccini emphasises “to defend itself, starting from the wine sector, can count on protection consortia. Instead, organic does not have this type of tool and this could create serious difficulties for the whole system in its ability to defend itself against fraud, in a market where the demand and interest of companies in becoming or declaring themselves organic is growing. In conclusion, passing the legislation is absolutely necessary. Europe has chosen the green line with innovative strategic lines that Italy, an advanced country, must know how to intercept and anticipate in order to finance the transition. At stake,” concludes the president of Federbio “is our leadership.”

Light at the end of the approval tunnel

Good news arrives from the Agriculture Commission in the Senate. Mino Taricco (Pd) reports to Tre Bicchieri that “an agreement was reached between the political forces on the merits of the provision on organic appellation. The discussion will resume shortly. The delays in the last year were determined by the overwork for Covid and the fact that the opinions of three other Commissions were expected. But I want to ensure that on our part there is also the will to give Italy a clear law and as quickly as possible.”

Organic in Italy: analysis of a growing segment

Italy among the leaders in the EU

The most recent numbers, disclosed at Sana in Bologna, an international fair tell us that today 15.8% of the Italian used agricultural area (sau) is organic, equal to almost 2 million hectares. Half of this is found in four regions: Sicily, Puglia, Calabria and Emilia-Romagna. Domestic consumption reached 4.3 billion euros in turnover (including food service). The 80,000 Italian organic companies represent 6.2% of active ones and has grown by 2% in 2019 over 2018, with 1,600 new operators. In Europe, the major competitors are France and Spain and both exceed two million hectares of organic farmland. “Italy,” recalls Minister for Agricultural Policies, Teresa Bellanova, “has practically reached the goal of increasing 50% of the agricultural area under organic cultivation between 2014 and 2020 (from 1,367,912 hectares in 2014 to 1,993,236 hectares in 2019) and, for the same years, an increase in the turnover of the organic market by 30%. Now it is necessary to work to better organize the supply chain, and to ensure that all the organic products obtained from that 15.8% of the Italian organic surface are appropriately valorised on the market and, above all, correctly remunerated. With this goal, we are working on the criteria for using the fund established in the last budget, with an endowment of 20 million for the next 4 years.”

Exports and e-commerce are growing

The performance of exports of Italian organic food products is enviable. In 2019, sales on international markets reached 2.4 billion euros, recording a growth of 7% compared to the previous year. And Nomisma’s estimates for the end of 2020 speak of sales at 2.6 billion with a growth rate of 8% over 2019 and an incidence of 6% on total Italian agri-food exports. If we look at the online channel, organic sales in e-commerce increased by three figures: +143% compared to 2019, higher than the average of online food sales in general (+125%). And, as noted by Assobio (which brings together converters and distributors), after the boom in the lockdown period, organic sales of e-commerce continue at a high and more performing pace than food, in general reporting a +182% compared to the same period a year ago.

How much is the organic wine sector worth?

In Italy, the wine vine occupies the fifth place among organic crops, after meadows and pastures, forage crops, cereals and olive trees. The total hectares of vineyards are 107,000, of which 25,000 in conversion and 82,000 converted, and they have doubled since 2011 when they were just over 51,000. Worldwide, the area under organic vines (wine and table grapes) exceeds 422,000 hectares (2018 data) and is worth 6% of the total area; almost 350,000 hectares are in Europe and Italy boasts a quarter of the world’s organic vineyards. Between 2019 and 2018, Italy recorded a +2.8% but it must be said that France and Spain are doing much better, considering that the former recorded an increase of 19% and that the latter registered a +7%. Looking at the markets, Germany, France, the United Kingdom, the United States, Sweden and Japan are among the most important consumers of organic wine. Italy is in the top ten, with percentages of around 2.5% of the total compared to 24% of Germany which is in the lead and is also the first buyer of Italian organic, followed by the United States.

Organic takes off in large-scale distribution and during the lockdown

How have organic sales been going over the last few months? The lockdown phase has made spending on organic wine grow even if – it should be emphasised – in Italy this segment accounts for just 1.4% of the total purchases of agri-food products. However, it’s a niche that has seen significant numbers. Between March 9th and May 17th, 2020 wines grew by 12% and sparkling wines by 4% in large distribution. Expanding the horizon to June 2020, the consumption of organic agri-food products in GDP grew by an average of 4.4% compared to the previous 12 months. Wines and sparkling wines, in particular, recorded a +15.5%, clearly above the average for the sector. The drivers were the reds, which represent 57% of retail sales and with an increase of 12.8% on an annual basis. However, the percentage of organic products with denomination is still small: for 100 euros spent at the supermarket for a Salento Igp red wine, only 5.3 euros are attributable to an organic product; the incidence is higher for whites, with peaks in Moscato D’Asti for an expense of 7.7 euros out of 100 euros.

Thanks to the advances of Iri (consumer research institute) we can look up to September 2020. From January, wine has grown by 4.9% in volume and 5.8% in value according to a trend, notes Virgilio Romano, business insights director of Iri, a clear slowdown compared to previous years, when growth exceeded 20% in 2018 (while 2019 closed with +11.9% in volume). “2020 is in line with 2019” he notes “while benefiting from the push of the March-April-May quarter. But a lot of work is needed to get out of the niche that currently represents a share in value just over 1.5% “. And in terms of consumer prices: “Today,” Romano observes, “the premium to be paid for an organic wine is important (+50%) and it’s good to remain that way. Otherwise, there would be confusion in the eyes of shoppers and they would no longer understand the difference between an organic wine and one that isn’t.”

Valoritalia is currently the largest certification body in the wine sector. Director Giuseppe Liberatore explains that, “the growth of the sector is evident,” also from this point of view: “Today, we have almost 1,900 certified organic companies, of which one thousand are in the wine sector alone. And if I look back three or four years ago, the numbers were a quarter of what they are today. Sqnpi certifications linked to integrated production are also growing, a sign of a sensitivity of companies that meets that of consumers who are more attentive to the sustainability of products and to whom the added value of a certified product must be communicated.” As Ismea pointed out, illustrating the Nielsen data at Sana in Bologna, there are “still important margins for growth and promotion of the certified product,” even if Italy has not yet put in place all the elements for adequate marketing strategies.

Article published in the Tre Bicchieri issue of 15 October 2020 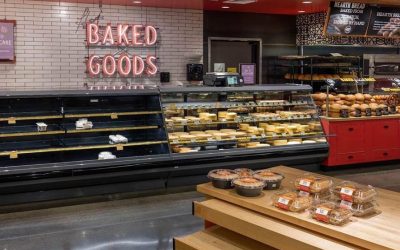 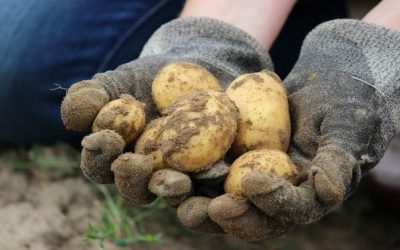 Millennials prefer organic, the highest numbers in consumers and b... 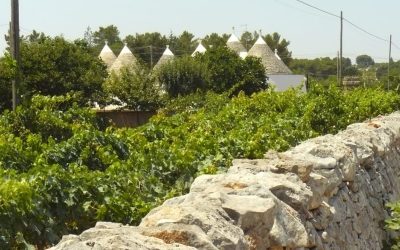 Travel. Puglia Special In the countryside between Bari and Brindis...