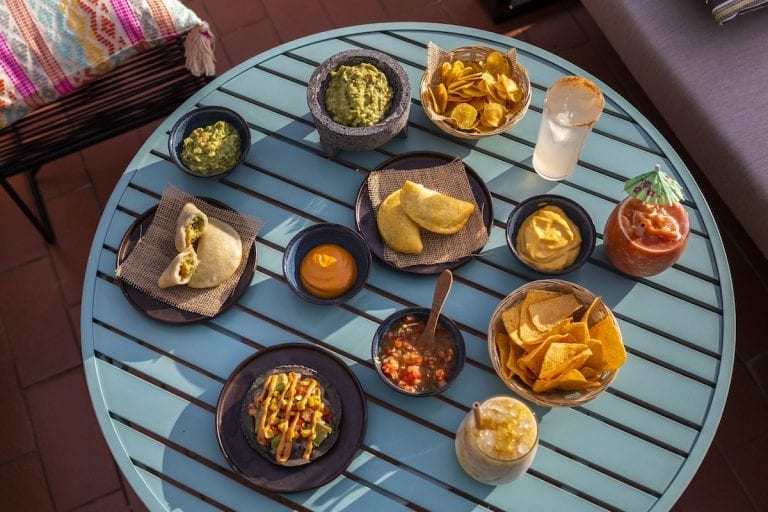 Since its opening two years ago, Rome's The Chapter hotel has established itself as a space open to the city. Now it's back with a new Mexican-inspired proposal on the Hey Güey terrace.

It’s only been two years since it opened but, like anything born pre-pandemic, it feels like another era. However, it is not only because of the opening BC(ovid) that The Chapter hotel seems to be entering a new era, but also because of the continuous drive that leads to stimuli and initiatives taking shape in projects of great appeal that, season after season, mark its evolution. Last September Marco Cilla – the Roman entrepreneur behind it – relaunched it after the first lockdown, reinforcing the team with two important names on the food and beverage scene: Davide Puleio and Mario Farulla, charged with the task to turn those spaces into a place open to the city, thus realising that vocation for all-round hospitality, and becoming a favourite destination for lovers of good food and drink.

Only a few weeks of work, just enough time to fill the glasses but not to light the fires, then the new looming health restrictions blocked everything once again. However, before closing, The Chapter caught the eye of discerning customers with attention to novelties, well-known names from the art and design scene and more. This is also thanks to The Chapter’s offer – pretty much based on mixed drinks and on an easy-pop salad bar (with almost 40 freshly prepared ingredients or gourmet sandwiches) – in harmony with a concept of cosmopolitan hospitality and an accessible luxury, in a place to be enjoyed at every time of day, starting with breakfast. 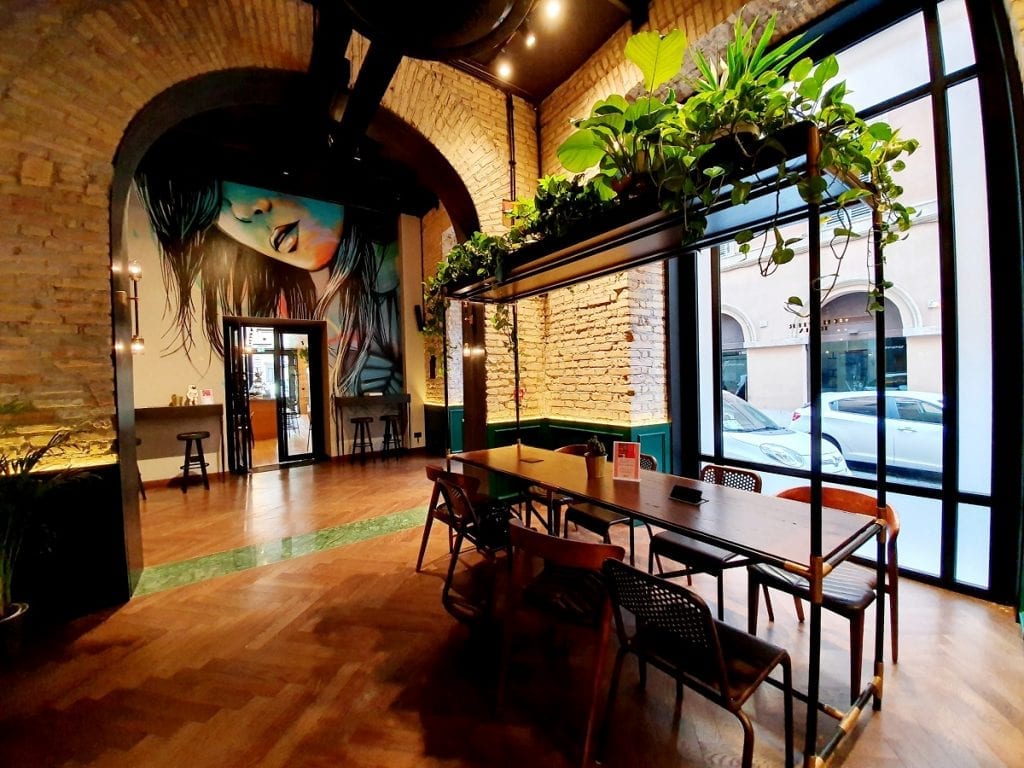 In the long months of closure, Cilia and director Jacopo Arosio have not been idle: in the last year five new rooms have been added (for a total of 47) and the common areas and kitchens on the ground floor have been renovated. Anyone passing by the building between Via Arenula and the old Ghetto Ebraico (Jewish Ghetto) would have seen a continuous flow in the structure designed by South African designer Tristan Du Plessis (Studio A of Johannesburg), which houses the works of contemporary artists, including the Roman Alice Pasquini and the American duo Cyrcle. Hours of incessant work to be all set for a reopening that has the taste of rebirth, thanks also to the team’s new additions and the projects put in place for this early season. Projects pushed up high, over the rooftops of Rome, while waiting for the reopening at the beginning of June of the remaining structure and the rooms. Despite all, they recorded a good foreign tourist flow, attracted by the possibility of enjoying a less crowded city.

Today, the Roman hotel starts a new phase, relying especially on its spectacular scenery that can be enjoyed from the rooftop. The stunning view from the rione Regola reaches as far as the Altare della Patria, where the sun lingers and the first evening shadows fall all around. The open view overlooks the most popular and intimate Rome, where tiny balconies, usually hidden from the curious onlookers, offer snippets of everyday life. Here is Hey Güey, an unexpected corner of Mexico over the rooftops of Rome. This is the original inspiration for the Chapter’s outdoor proposal, which will probably remain open the rest of the year, mainly in warmer days typical of the Roman climate. The idea of a rooftop opening was always there – after all, its motto is “Life is better on top” – but the decision only came a few months ago. “These days, we are living from day to day” explains Arosio. “In February, we decided to open the terrace and therefore we started to work on that. We also considered moving towards something more Italian, but then we changed our mind, also to be in style with the rest of the hotel”. The choice led us to Central America, to a Mexico told through a few evocative details, work of Tristan Du Plessis himself, who designed the rest of the interior as well. There are colourful furnishings, cushions and typical fabrics, vases and succulent plants all carefully arranged, suggesting a plot of aesthetic references for a journey that continues in the culinary offer. The food & drink proposal, created by The Chapter’s new additions, thrives on exotic suggestions. 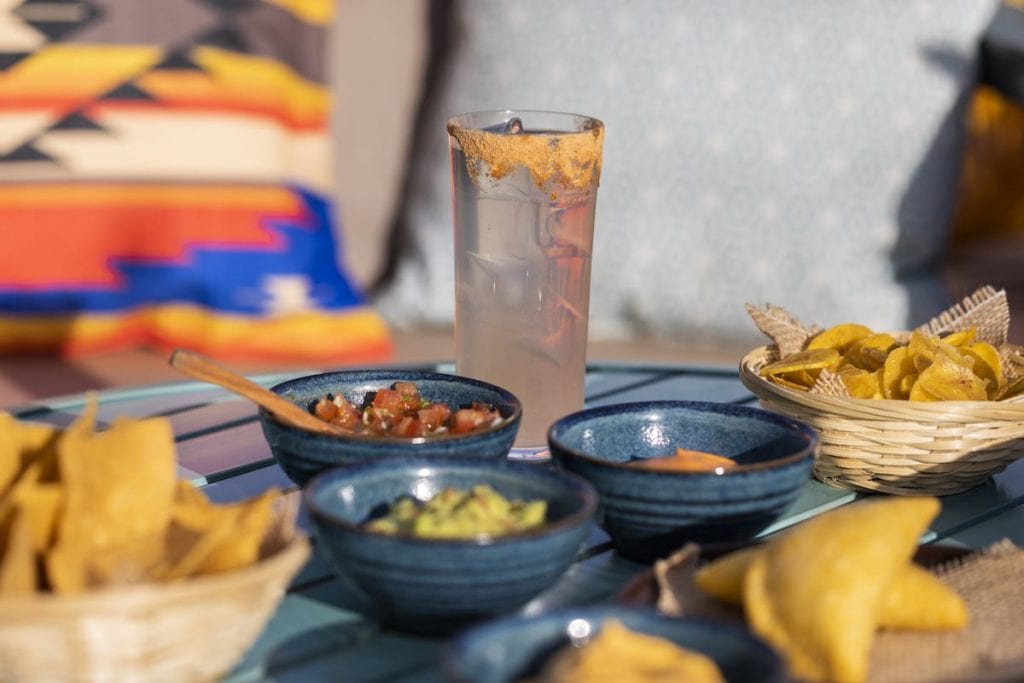 What to eat at The Chapter hotel’s terrace Hey Güey

Easy, fun, accessible: the menu revolves around the flavours of Mexican street food, with a food truck standing out in the corner of the terrace. Simple but tasty are the fully-fledged dishes, conceived not only as accompaniment to drinks: from fried plantains to empanadas, quesadillas and tacos, a real immersion into Latin American flavours. “After all, it’s like taking a trip” comments Davide Puleio, the hotel’s executive chef. He oversees the menu on the terrace, while working on his restaurant opening on the ground floor next autumn. 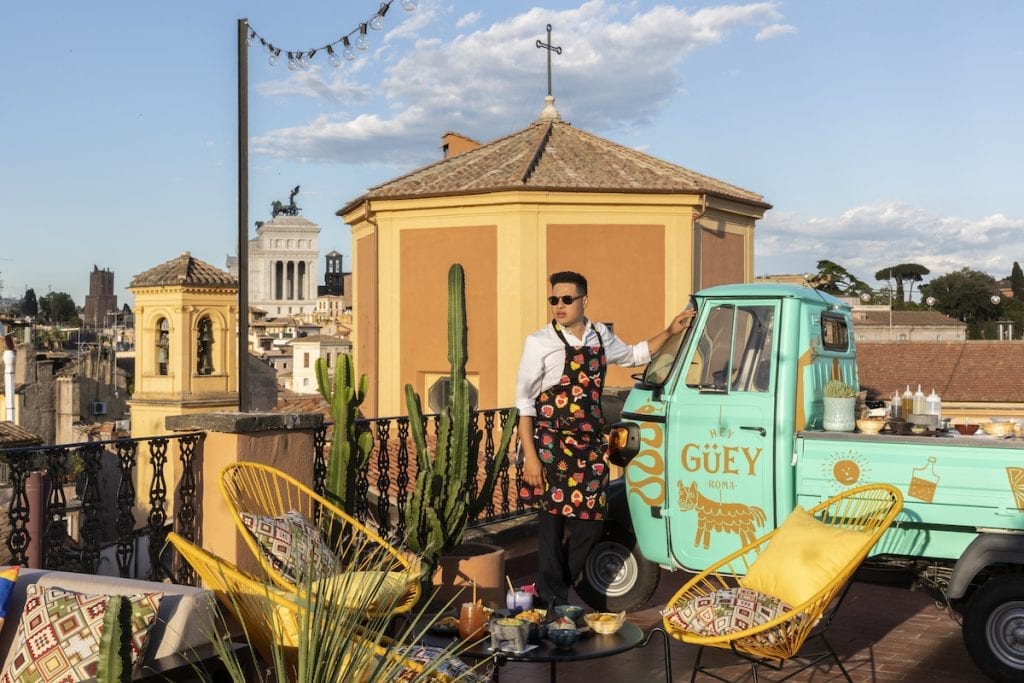 Leading the way is a new addition, the Colombian Victor Cuenca Lopez, who some may remember as Ciro Scamardella’s sous chef at Pipero. On the strength of his South American origins, he is the one creating the culinary proposal, perfectly in tune with Mexican flavours: “Just long enough to start preparing the dishes, and the journey begins“, he assures us. You only have to taste his hand-made guacamole to be sure, “because if you blend the avocado, it will oxidise” and then the addition of tomato, onion and coriander, with the right amount of chilli for a true kick of flavour. According to tradition, it starts with totopos, the typical snacks – “usually called nachos in Europe, but that’s a mistake” – tortillas cut in four and fried. “Here they are freshly prepared” accompanied by guacamole or pico de gallo, fried plantain with chipotle mayonnaise, and then the selection of tacos that bring Mexican traditions to the terrace: from pollo pibil, reproducing the typical Yucatán underground cooking indoors, “with meat marinated for more than 12 hours and then cooked for 9 hours at 90° wrapped in plantain leaves“, an almost steamed cooking that leaves the meat very juicy and aromatic; or the Taco al Pastor, with pork processed like kebabs, a legacy of the Arab migration to Mexico – “I dedicated a culinary-historical research that opened a window without filters on Mexico“. Five taco options, including fish – taco de mar with leche de tigre and pico di gallo – and vegetarian dishes, “In my menu, every ingredient and every element has equal dignity“, with a combo from 3 to 7 tacos to choose from (from 20 to 45 euros). 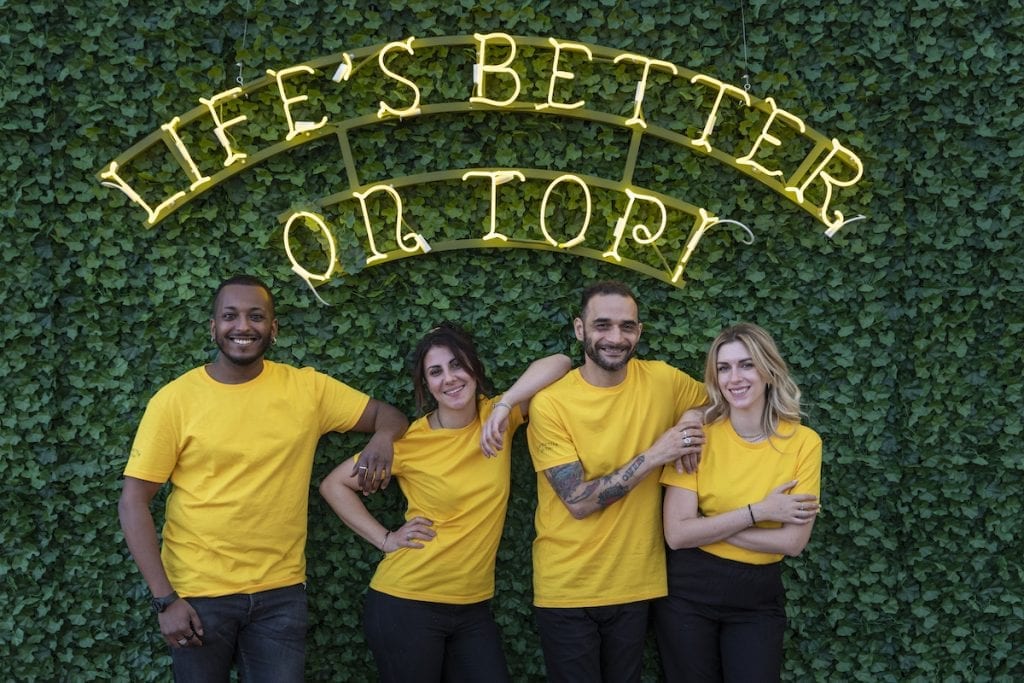 What to drink at The Chapter hotel’s terrace Hey Güey

After saying goodbye to Mario Farulla, Joy Napolitano, another well-known face in Rome’s cocktail scene, is now in charge of the bar. He was assigned the task of defining a proposal in tune with the style of the hotel. The terrace represents the first step, “rather than an intellectual reworking of Mexican beverages, I was inspired by pop up cocktails reminiscent of street food” affirms Joy. The basic idea? “Acapulco in the ’90s: I researched which cocktails people used to sip in the kiosks by the sea“. Drinks like Mai Tai, Sex on the Beach, Zombie, and then obviously Mezcal and frozen Margarita, offered in 5 variations, including one designed to pair with taco del mar, with leche de tigre and marinated pineapple (excellent). The rest are twisted cocktails always from that time, which tell us of a precise era with contemporary techniques and taste: “for example, Sexico is a Sex on the Beach with peach distillate and olives, prepared with the rotary evaporator“. In the meantime, Joy is also working on the bar on the ground floor, with its beautiful brass bar. The idea? “Manhattan social club, where to find all the styles of Manhattan and the twists on modern classics. But in the meantime”, he concludes, “I’m thinking about the terrace”. 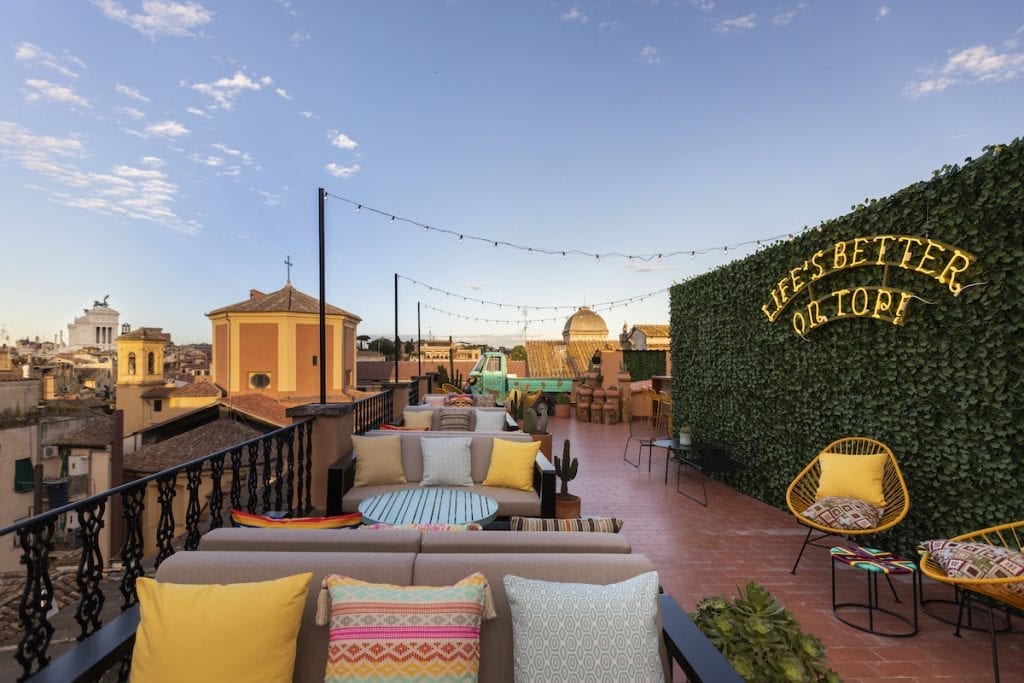 Mexico and clouds over the roofs of Rome

In a nutshell, the idea is to detach from the stereotypes of postcard Mexican cuisine, by going back to the origins, with the freedom to play with different references. The sole objective is to offer a fun and tasty proposal, perfectly consistent with the idea of a hotel open to the city, accessible and relaxing. 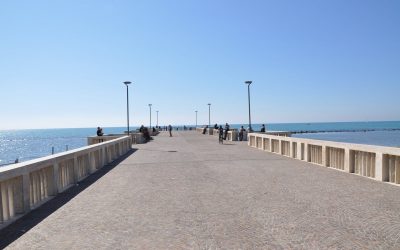 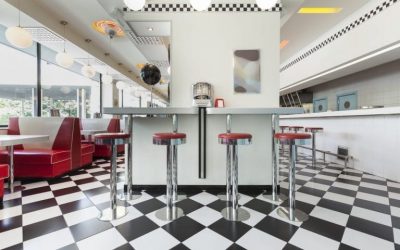 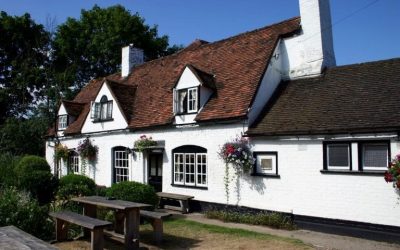 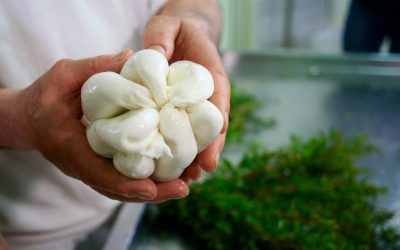 Weekend in… The coastal towns of Cilento 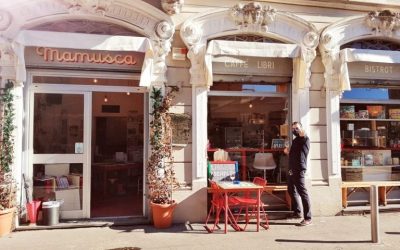 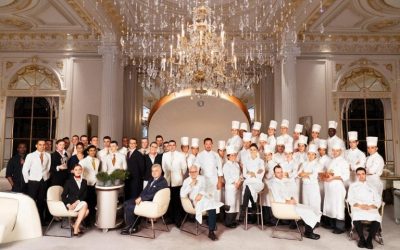