Testa, story of a family of Sicilian fishermen and their partnership with Ciccio Sultano 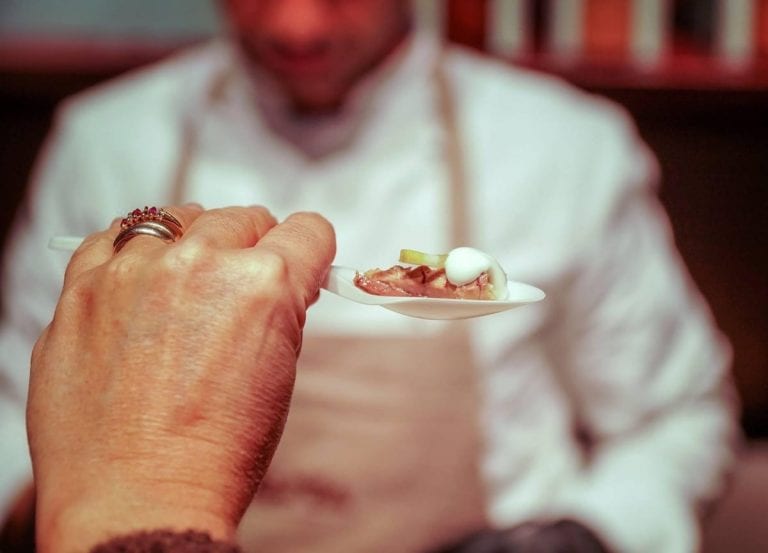 A story of two hundred years of bluefin tuna fishing, the Testa family today go even further with a line of canned fish in partnership with Ciccio Sultano.

Born in the places of Greek mythology narrative, the Testa family story is one that recalls the characters of the novel “I Malavoglia” by Giovanni Verga, with that typical intertwining – 100% Sicilian – of mythology, legend, literature and family history, set on that same Ionian coast.

We are in Catania, at the foot of the giant Mt Etna. In the port where Ulysses landed, now called Porto di Ognina, covered in the 14th century by a lava flow, the Testa family built a great history of fishermen. Via Testa street is located in Ognina: there, where the company headquarters is now located, grandfather Concetto was born and lived in a room with fourteen siblings. Today cousins Nino, Tuccio and Giuseppe Testa keep faith with their roots by not betraying the lesson inherited from their ancestors. Over four generations have passed the baton since, in 1800, they began to work with fishing pots and small nets along the coast, arriving today to sail the seas with their fleet of steel ships. But they define themselves as “artisans of the sea” because, despite technology and research, they have not succumbed to industrialization. All while expanding their business with an entrepreneurial perspective. In addition to the consolidated fishing of bluefin tuna and oily fish, anchovies from the Ionian and mackerel from the Aeolian Islands, a year and a half ago the Testa canned product was born, marking the line of continuity between old and new generations, writing down the history of this Catania family and bringing it to the tables of great chefs, restaurants and gourmet shops. 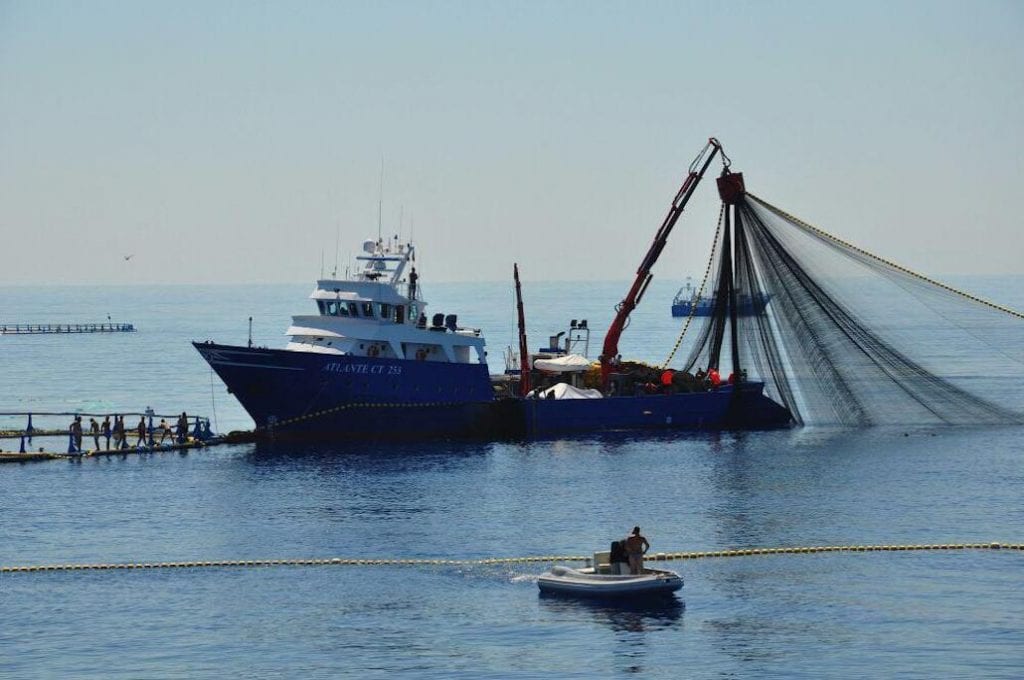 The story of great sea artisans: all about tuna and oily fish

The first motor-powered boat, called Buttafoco, dates back to the 1950s, after years of rowboat and sailboat fishing. However, we have to wait until the Seventies, and the first tuna fishing, for the first Nino Testa wooden motor ship, thirty meters long, to appear. Today the Testa family challenges the waves of the Mediterranean, from the Adriatic to the Strait of Sicily, to the Tyrrhenian Sea with their Atlante and Futura Prima ships.

Thanks to GPS technology, on the Testa website readers can follow every move of the Atlante, 42 meters in steel, while it hunts for bluefin tuna in the Tyrrhenian Sea, and of the Futura Prima, led by Pippo Testa. As the last representative of the older generation, at the helm at age 82 still fishes for mackerel in the Aeolian Islands and anchovies in the Ionian Sea. 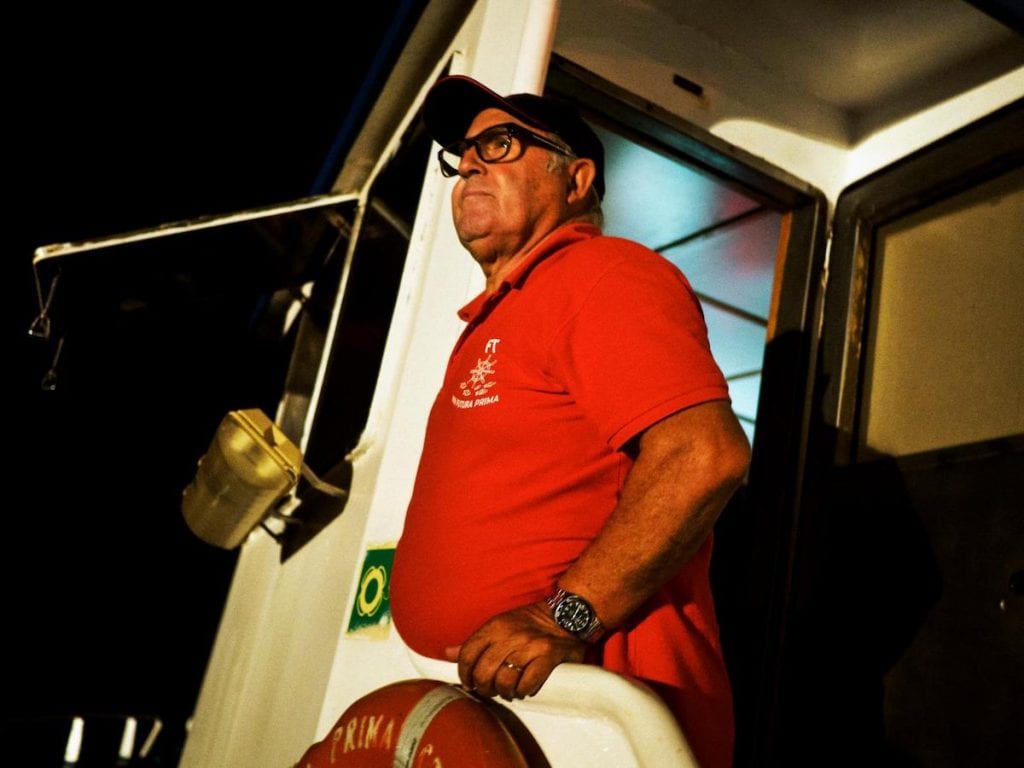 Among the only twenty-one Italian vessels authorized to fish from May 26th to July 1st, the Testa family fleet ensures every year 300,000 kilos of bluefin tuna, of which almost 90% is destined for the Tokyo market, while the rest is canned. Forget the macabre but evocative rite of the “mattanza” tuna slaughter: with the advent of quotas, the sighting and capture of tuna follows a very specific protocol that makes use of advanced technology and collaboration between the crew, an on-board ICAAT observer (world organization that protects this species) and a MiPAAF representative. The fish, before being caught, passes into cages for fattening, of which the Testa family boasts exclusivity. This is not an artificial breeding but a phase in which the tuna is fed exclusively with certified mackerel and sardines, to gain 50% more fat meeting the demand of the Japanese market. Fundamental part of an activity that passes through some fixed points: traceability of the fishing area, analyses carried out at each stage, blast freezing at –70C (at –20C for canned goods) to ensure maximum safety for consumers.

The same meticulousness, traceability and attention applies to sauces and preserves: bluefin tuna fillets and mince, salted anchovies, mackerel. In this further work, two operations make the difference. The first is that the anchovies are blast frozen, and are not filleted abroad but in the Testa plant in Porto Palo, where all the preserves are salted and cooked in a steam tunnel. A cooking method that allows to preserve nutrients intact. There is no automatic processing, everything is done by hand in an artisanal fashion. Finally, the choice of pickling oil: only organic extra virgin olive oil and sunflower seed oil. 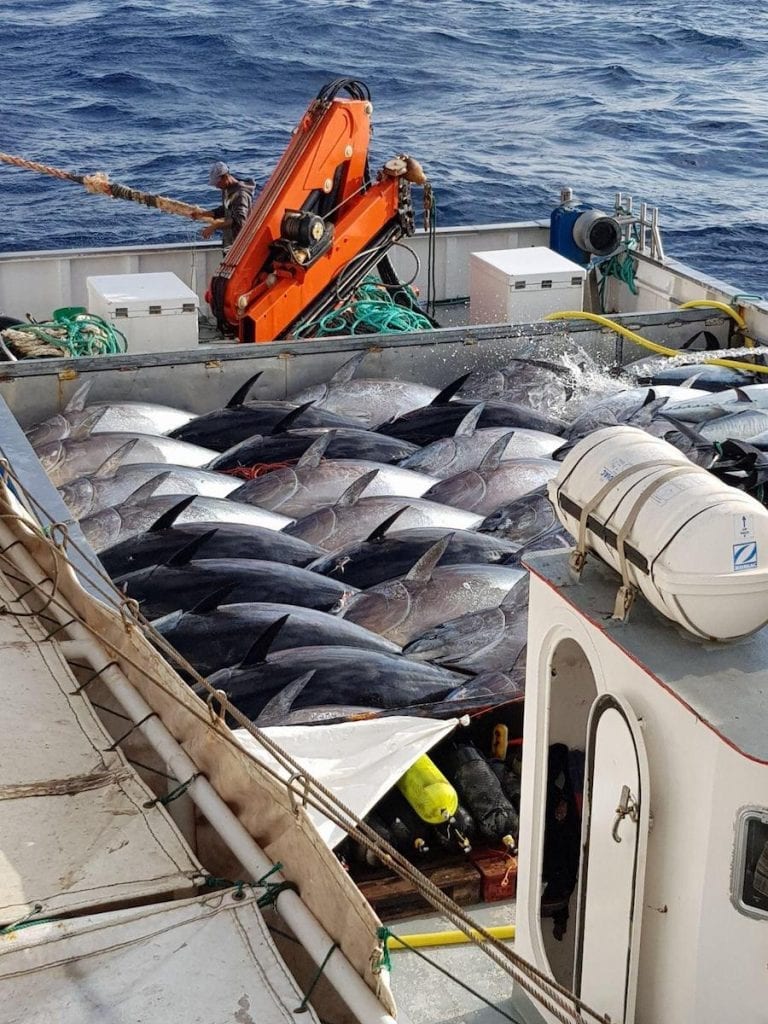 They were looking for each other, sniffed each other and immediately liked each other. The partnership between Ciccio Sultano and Testa is one born from the mutual passion for the short supply chain project of the sea and for its sustainability. The chef of the Ragusa restaurant Duomo, Tre Forchette for Gambero Rosso and Two Michelin Stars, has created a series of recipes with Testa products: the mackerel sandwich, a mayonnaise obtained from the emulsion of two parts of tuna belly oil and one part of soy beverage; the red tuna “buzzonaglia” mince sauce presented in elegant packaging. 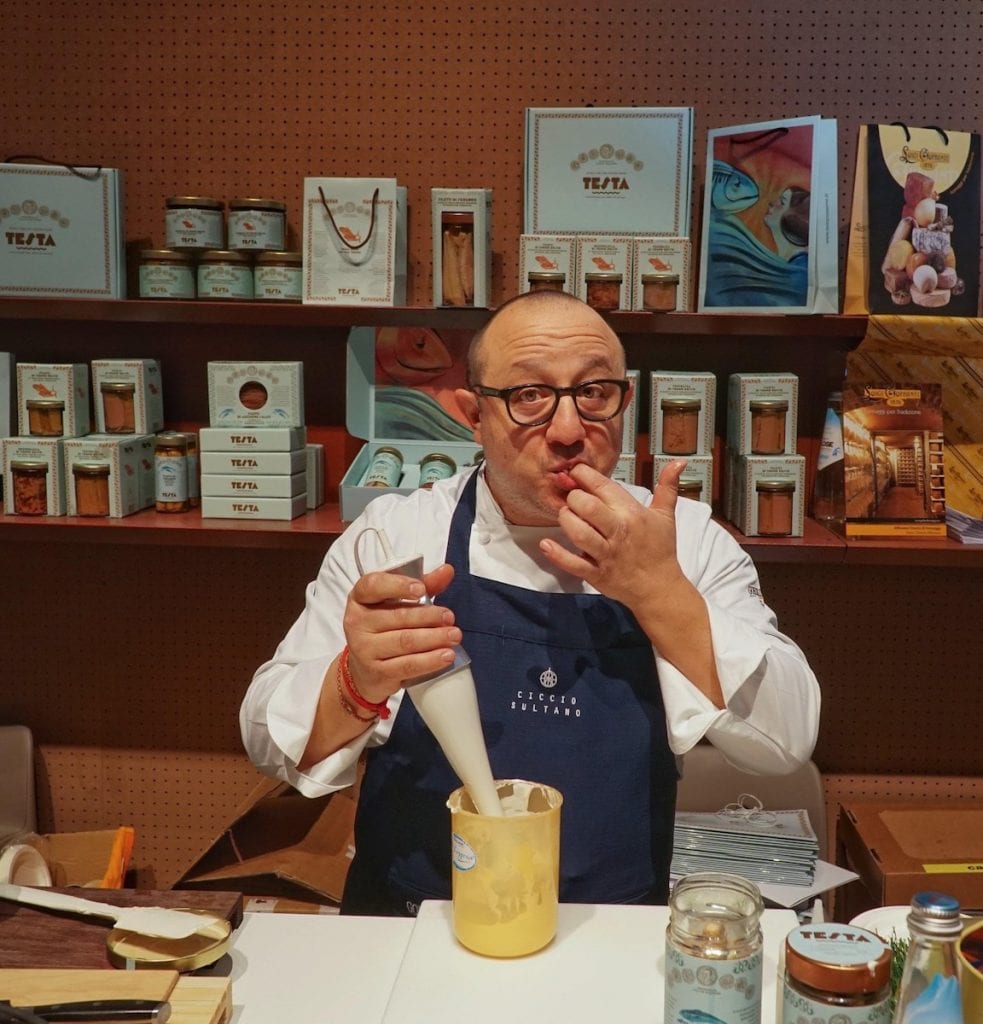 “Ciccio Sultano is a great researcher” commented Tuccio Testa, 39, fourth generation of the family and sales manager. “We found each other spontaneously and started this partnership. It’s not a choice linked to marketing rather to research, to the idea of aiming for a niche market thanks to the quality of our products. As a family of fishermen, with a long and solid reputation,” continues Tuccio “we were in a position to make various choices: the easiest and most profitable was to go to large-scale distribution. But we chose red tuna and blue fish and above all to aim only for quality.” 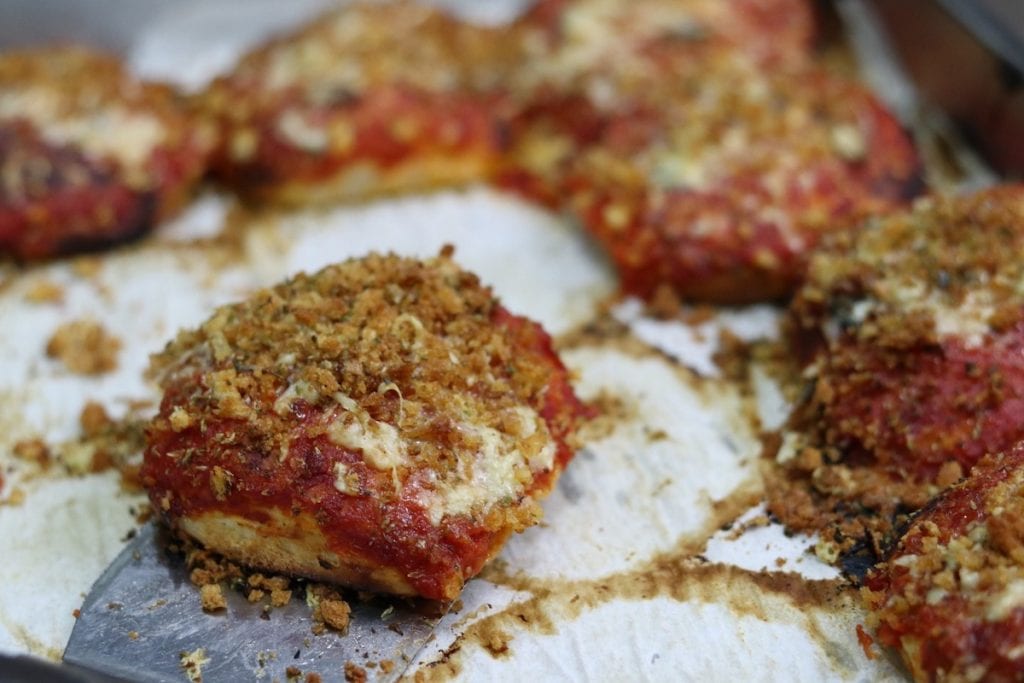 In Catania, Testa products can be found for sale and in the kitchen of Agricolab-agricultural restaurant and Uzeta bistro and cocktail bar. At Agricolab, Giuseppe and Fawn prepare flan with tuna fillets, linguine alla buzzonaglia, beetroot soup with caramelised mackerel, tonnarelli with mackerel, zucchini and fresh tomato. Francesco Di Stefano from Uzeta, focuses on the single-portion Palermo sfincione with anchovies; crostino with homemade bread, anchovies, black olives, wild vegetables and porcini mushrooms, or with buzzonaglia, lemon zest, chicory and a ragusano cheese cream with saffron. 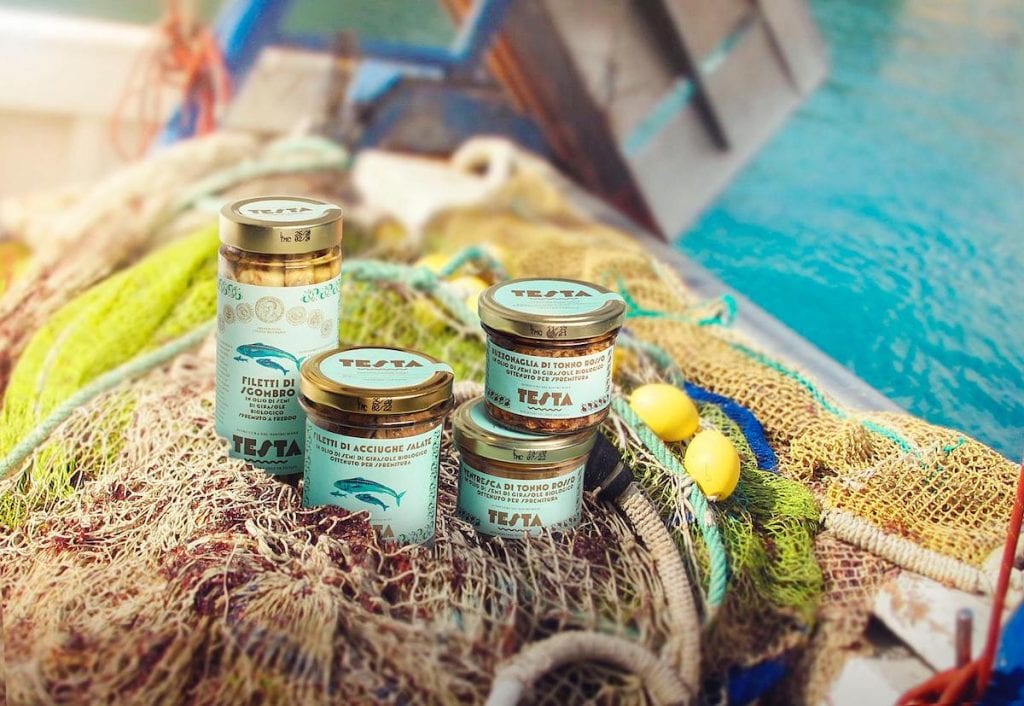 The future of Testa: never break away from your roots

Tuccio grew up at sea, months away from his family and girlfriend, finishing school early every year to leave. Today, he is a dynamic and open young entrepreneur. “My desire is to see the change of Testa in the hands of the fifth generation, my children. To talk about the future” he adds, convincingly “you must always turn your gaze to the past and to your roots: if you keep tradition in mind and take a leap forward, you don’t betray it but you keep it. It’s the opposite that makes you lose sight of your story.”

What are the prospects today? “The goal is the foreign market, we work very well in Asia. Not only that: we also want to expand domestically with those who want to embrace our philosophy. To prepare for the future ”he concludes“ one must never cut ties with one’s roots and the past”.