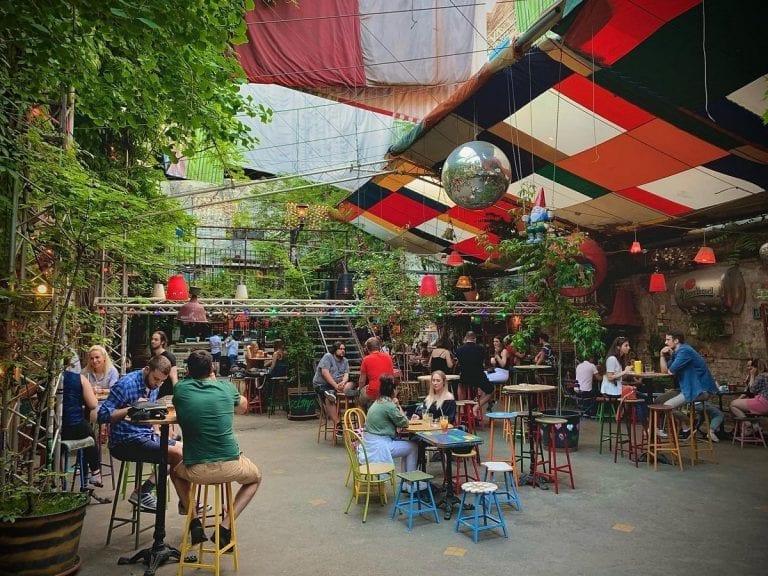 Decommissioned and abandoned, the run-down buildings left behind by the Soviet regime have been turned over time into avant-garde clubs. Today, ruin bars are one of Budapest's nightlife hotspots.

Undivided but strengthened by the comparison between Buda and Pest, the Hungarian capital is one of the jewels of Eastern Europe. While Buda is resplendent with its Gothic churches, surrounded by defensive walls that stop the Old City in time, Pest boasts the Jewish quarter, the House of Parliament and, above all, its lively nightlife: avant-garde clubs of sophisticated design and gardens hidden in the alleys of the busiest streets, where you can stop to grab a beer among plants and flowers. But above all stand out its ruin bars, abandoned old ruined buildings, a sad legacy of the Soviet regime that for more than a decade the Hungarians have been able to transform, making them one of the city's greatest assets.

Recovered and turned first into low-profile pubs, then into trendy clubs, they have now become one of Budapest's main attractions. One of the pioneers of this trend is Szimpla Kert in the Jewish Quarter, an area of run-down buildings abandoned until the early 2000s, which fell into disrepair after World War II. The creators of Szimpla Kert opened the first bar in 2002, but it was only in 2004 that the iconic bar came to life as we know it, thanks to the renovation of a complex of buildings on Kazinczky Street. A successful experiment born from the idea of offering drinks to Budapest's youngest and most artistic population, it soon became an always crowded cultural centre with a bohemian, eclectic soul. Today it is a large structure divided into several spaces and distributed on two levels, with a large garden, various bar corners dedicated to spirits, cocktails, draught beers and wines by the glass, different chairs and benches made from old bathtubs, with different music depending on the setting. 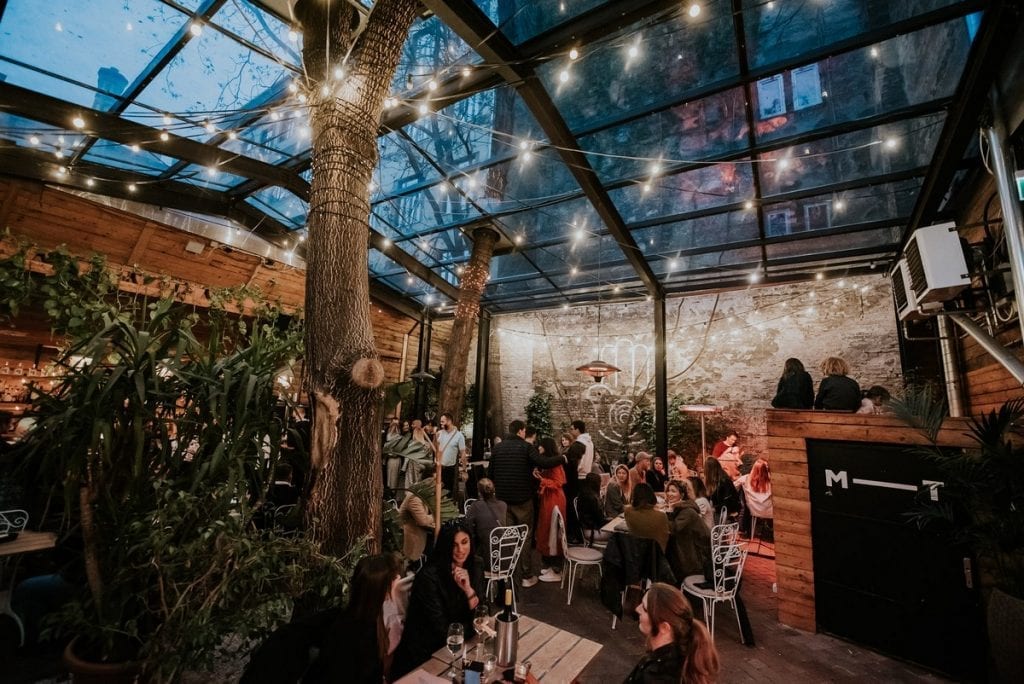 Other ruin bars in Budapest

After Szimpla Kert, ruin bars gradually became a trend that led to the emergence of alternative spaces that not only redeveloped neighbourhoods, but also forged Pest’s current identity. Many are still there and frequented by Hungarians and tourists, others have closed, while others have opened only for a limited time. Besides Szimpla Kert, the most famous are Instant-Fogas, one of the largest born in 2017 from the union between Instant and Fogas, two bars already famous for their evenings and concerts, and then Kőleves Kert. With its lovely garden, it is located on the same street as Szimpla Kert, the one known as the "ruin bar street". While most of the bars followed the original model of underground style and popular spirit, others chose a new, more minimalist and refined way. This is the case of Mazel Tov, one of the city's most beautiful ruin bars, a converted former factory with a large garden surrounded by climbing ivy, offering a good selection of local brandies and spirits, bottled and draught beers, wines and respectable Jewish cuisine. Púder Bárszínház on Ráday Street is another original ruin bar with a sophisticated design by Bertalan Zsili Babos, who contributed to the image of many bars in the city: a multifunctional space where to eat, to drink and to attend book presentations, cultural events and theatre performances as well.