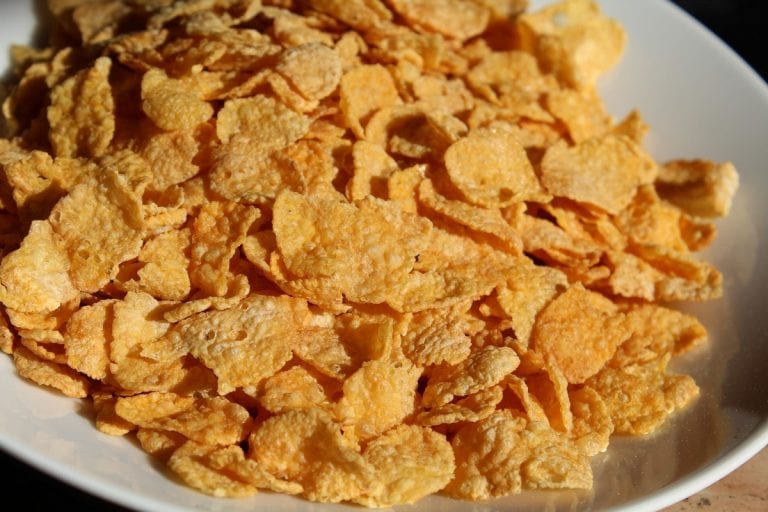 Invented in the late 1800s as a healthy product for low-calories diets, toasted corn flakes are still eaten today as a typical breakfast dish. Here is their origin story.

The origin of corn flakes

The green red-crested rooster known worldwide became for many people the symbol of waking up, by choosing to start their morning with crispy golden flakes. Marketed today from many brands, corn flakes were invented by John Harvey Kellogg, director of the Battle Creek Sanitarium in Michigan and a firm advocate of vegetarianism. His invention dates back to 1894, when he recommended corn flakes to his patients as a balanced and nourishing meal to stay fit. They were simple toasted corn flakes, when his brother William – known as Will – suggested the addition of sugar to make them tastier, proposal that John turned down at the time, even though the most famous cereals today are rather sugary.

The founding of Kellogg’s

Created as healthy alternative for snack or breakfast, the new product had such a great success that the doctor established some time later the Kellogg Company (today known as Kellogg’s), and patented the recipe in 1896. Corn flakes were gradually making their way into the American society, who seemed to really appreciate them: hence continued Mr. Kellogg to experiment ingredients and proportions, until the release in 1928 of the famous Rice Krispies, crispy puffed rice cereals created by Eugene McKay, head of the company’s research and development team.

Legends and rumours about corn flakes

An entrepreneurial story like many others, a doctor keen to provide his patients with a balanced and tasty product, however attracting legends, rumours and comments on the web over the years. When searching for the history of corn flakes, the first result is “masturbation”, and with a reason: viral rumours circulating in websites, blogs and social media refer to the strict education the Kellogg brothers received in their childhood. Rumour has it that the doctor advised his patients to abstain from sexual intercourses and that suggested a healthy diet as an anti-masturbatory aid. Although it was actually proved that Dr. Kellogg was an abstinence advocate, there is no further evidence supporting this rumour.

Today Kellogg’s is a multinational company headquartered in Battle Creek, even though its largest factory is at Trafford Park in Greater Manchester, England. Over the years, the company has acquired and absorbed other international snacks business, including Pringles, acquired for $2.7 billion. In 2019, it sold to Ferrero some of its brands, such as Keebler and Famous Amos, popular American snacks bought by Kellogg’s in 2001, representing at the time Kellogg's largest acquisition. Together with PepsiCo, Unilever, Nestlè and other companies, Kellogg’s ranks among the most powerful food manufacturing companies worldwide.

Iconic is the cockerel, the corn flakes’ symbol on Kellogg’s packaging. Several backgrounds and settings on the cereal boxes have passed through time, but the cockerel is still there, in the foreground. One might think that the cute mascot was chosen because of its association with the cockcrowing and breakfast in the morning, but the story behind is quite different. It was his friend Nansi Richards, a famous Welsh harpist, who suggested a cockerel as the welsh translation was ceiliog, pronounced very similar to Kellogg. Another distinguishing feature of the cereals was the small prize inside the box: today it is something that we take for granted, but we must thank Will Kellogg for starting this tradition. From 1909 until 1931, Kellogg's offered the first cereal box prize for children, hiding a copy of “Funny Jungleland Moving-Pictures Booklet” in his corn flakes.