Kombucha: what it is and how to make it 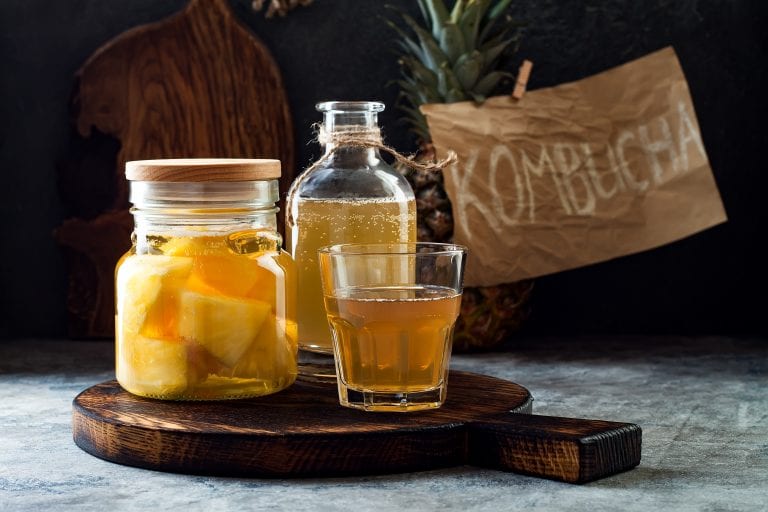 Considered an elixir of life, kombucha is a fermented tea-based drink with roots in ancient times. Here are its history and modern varieties.

Born in Manchuria, a region in north-east Asia, it has been appreciated from the beginning for its properties, so much so that it soon made its way around the world. One of the oldest fermented beverages in human history (just like mead), kombucha seems to be making a comeback and is now produced in several varieties.

Origins and spread of kombucha

It owes its name to the Korean doctor Kombu and the Chinese word cha (tea). Legend has it that the doctor used the mother – a mixture of bacteria and yeast at the base of the drink – to treat the Japanese emperor Inyko in 415 AD. From the East, kombucha first spread to Russia, then East Germany and the rest of Europe. 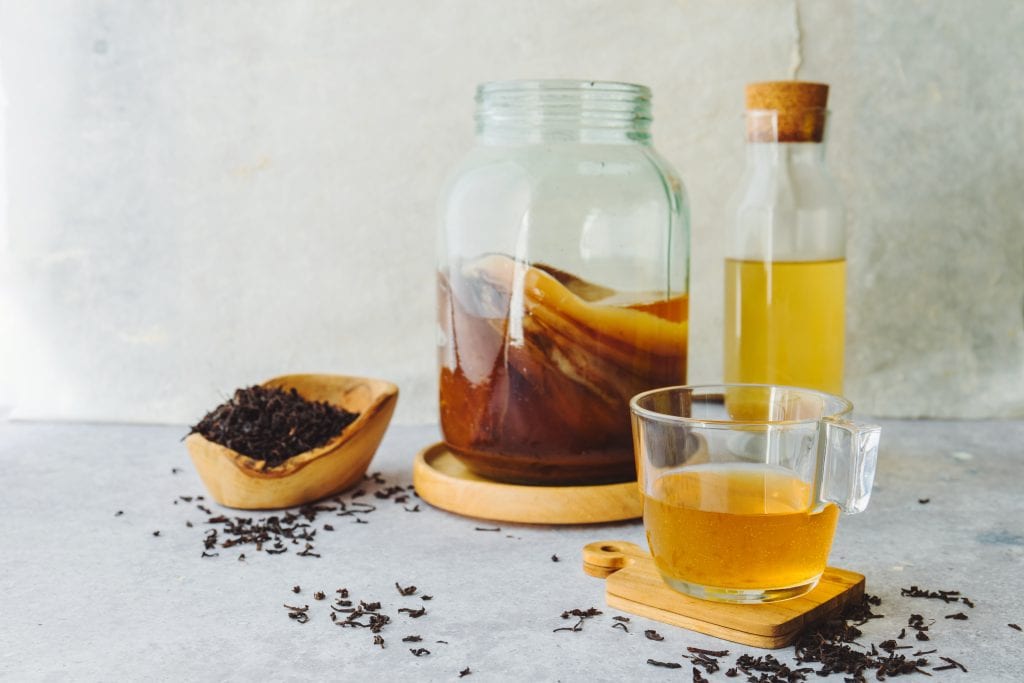 Kombucha between history and legend

Other stories claim that the drink was invented in 220 BC in China, where it was known as the 'tea of immortality'. Apart from its uncertain origins, one thing’s for sure: Kombucha has always been considered an elixir of life, beneficial to health and detoxifying according to traditional Chinese medicine.

Kombucha is a fermented drink obtained from tea leaves or other infusions. It is a probiotic food – just like all fermented products – that is able to improve our microbiome, the community of microbes that live in symbiosis with our organism and allow us to maintain a healthy and balanced lifestyle. An extremely versatile product, like those of Carlo Nessler's CibOfficina Micriobiotica, which also produces some specially designed for various research restaurants. 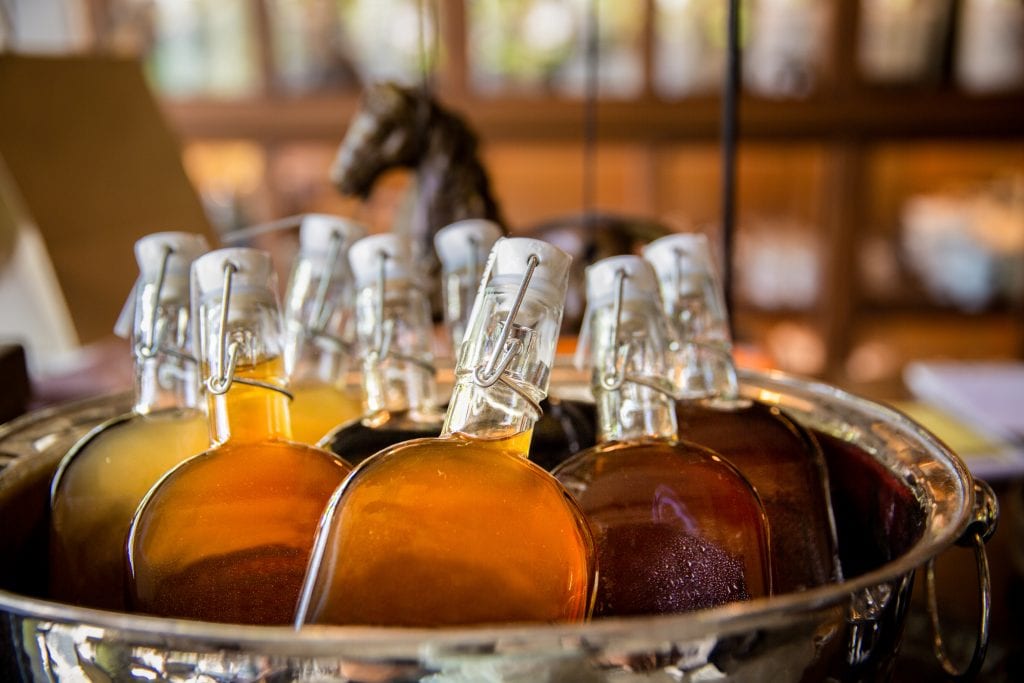 Many claim that Kombucha is the panacea for all ills, from asthma to high blood pressure, from arteriosclerosis to dysentery. Leaving aside myths and folk beliefs, its only real proven benefit is that it promotes a healthy gut flora.

Kombucha’s basic ingredient is a specific culture called scoby (Symbiotic Culture of Bacteria and Yeast), a rubbery mass of yeasts and bacteria that aids the fermentation process. Once (online) purchased the scoby, you can also prepare kombucha at home with tea and sugar. But that's not all: you can indulge in other infusions, flavourings, herbal teas and – why not – even coffee. The team of professionals at Le Piantagioni del Caffè, a solid Leghorn-based coffee roasting company that never stops evolving and expanding its range of specialties. Michele Valotti, chef at La Madia in Brione, created, alongside Cesare Rizzini, Alimento in Brescia, a multifunctional space that combines pizzeria, bakery and ice-cream parlour, and leaves plenty of room for the world of fermented products. 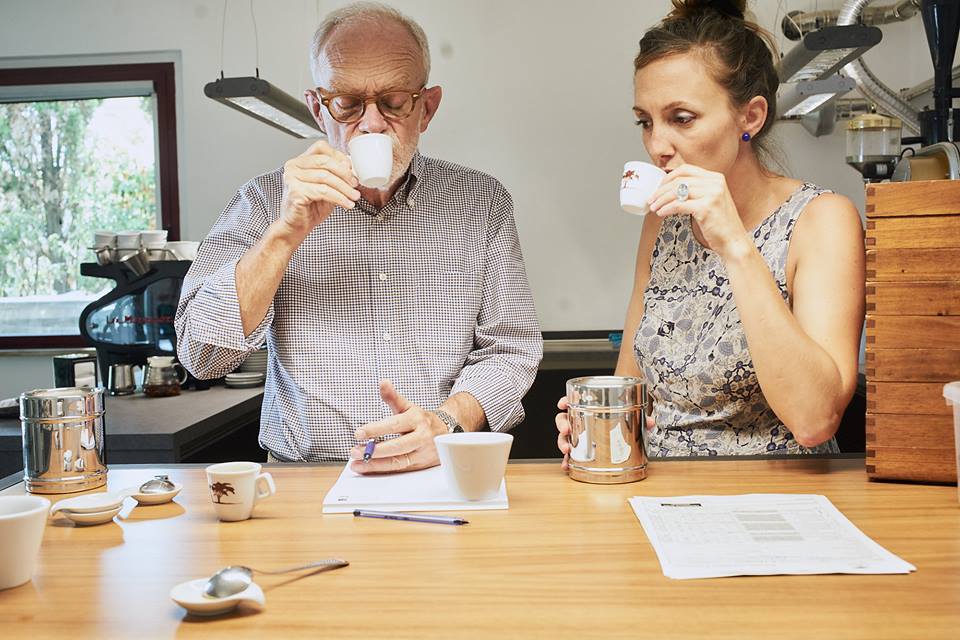 The idea came about one day almost by chance at Alimento: an ordinary conversation between Michele and Massimo Zampedri of Le Piantagioni on cold brew, the method of steeping coffee grounds in cold water, that ended up with a joint project. The product is the result of the very solid and cohesive team work: the coffee is sourced by Prunella Meschini, a daughter of art who is passionate about black gold and committed to spreading the culture of specialty coffees, while Paolo Milani, Drupa Caffè’s owner, and Andrea Onida, company's master roaster, are in charge of the roasting. 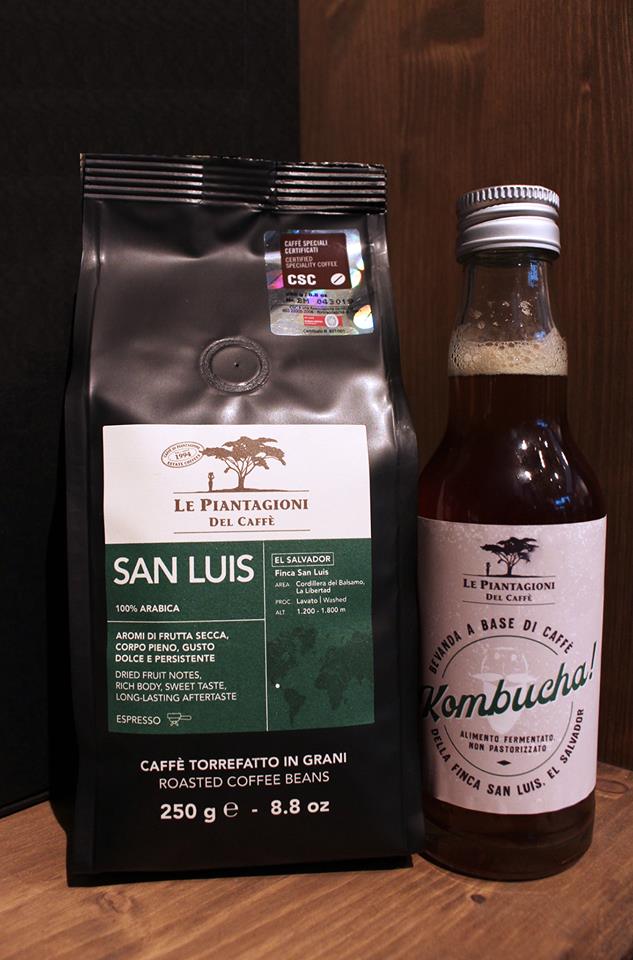 After months of experiments, Massimo and Michele chose Finca San Luis coffee, a single-origin 100% Arabica from El Salvador, which together with scoby and sugar creates a lively, constantly evolving drink. "We wanted to create a fresh and versatile drink that would be suitable for everyone. The result is a pleasantly acidic and well-balanced fermented coffee," explains Michele.

Two fermentation processes are needed to make it: for the first one, "the scoby is added to the mixture of diluted coffee and sugar, which is necessary for the bacteria", while the second one in the bottle calls for "more cold brew and a little sugar for frothing". It keeps for about three months, "it is always live and not pasteurised: kombucha changes, so it should not be kept in the fridge too long, if we don't want to lose its organoleptic characteristics".

How to drink coffee kombucha

Cold with a few ice cubes as aperitif, or as basis for cocktails with spirits and liqueurs, "but also as after-dinner treat, accompanied by some biscuits: the combination of bacteria helps digestion". An excellent soda alternative, coffee kombucha can be consumed in many occasions, to take with you to the office or on a trip.

Where to buy it

Production is currently being moved, "we will transfer everything to a specific location in Leghorn within the next month", and shipments will start from there: "Our product is mainly designed for niche coffee shops, but anyone can order it online".