What are American diners?

Vintage furnishings and bright colours, an old jukebox in the corner, leather sofas, a long bar, sauces already placed on the tables... and it's immediately Walter and The Dude in 'The Big Lebowski'. Or when Meg Ryan's Sally fakes an orgasm in the iconic scene at Katz's in 'When Harry met Sally'. For us Italians, the idea of the American diner seems far away, something that we only see in movies; there is no shortage of places that imitate its style and menu, but the American tradition has never managed to enter the Italian market. So much so that the word 'diner' in the Italian collective imagination takes on a meaning far removed from the one of the diner, evoking something more like a rotisserie than a real restaurant. In America, on the other hand, diners are not only cornerstones of gastronomic tradition, but also the representation of an almost non-existent culture: the American middle class, once predominant, where families would gather at the weekend for brunch or a quick snack.

The origin of diners

Inexpensive places where you could eat a lot for little money, open until late at night and accessible to anyone, meeting points and gathering places, but firstly a link for many people in a heterogeneous and divided America. Today partly an old myth, diners were supplanted in the 1970s by fast food restaurants that were beginning to spread across the country. However, they can still be found, especially in the states of New England, New Jersey and the city of New Orleans. And it's still worth retracing their history, a journey that began in Rhode Island, with Walter Scott, a 17-year-old part-time press officer. To supplement his salary, he began selling sandwiches and coffee to overnight newsroom employees and to men's clubs. This was in 1858, and by 1872 the business boomed to the point that Scott quit his job at the press and started selling food at night, turning his horse-pulled wagon into a street food stall ante litteram. 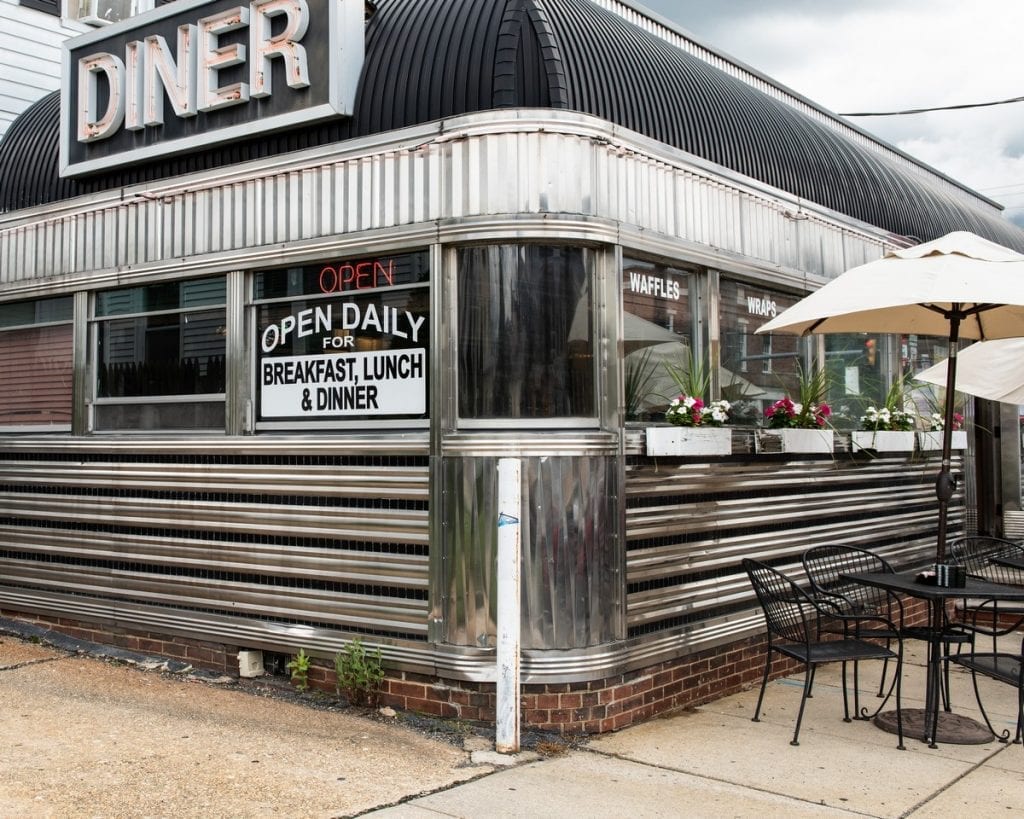 From horses to electric models

Its success inspired a number of people to join forces and start a new wagon business, while manufacturing companies began to create new ones, more and more advanced, until they could host customers indoors. The first 'Nite Owls' began to make their appearance, mainly in New England towns at the end of the nineteenth century. They were a regular lunchtime stop for workers and walkers, but also for all employees looking for a hot meal after 8pm, restaurants’ closing time. The wagons became so widespread that many cities imposed restrictions on their opening hours: the trucks – which in the meantime were turned into electric models – had to find permanent locations and deal with higher costs. It was the time of the greasy spoon, a term used to describe eateries, where people ate greasy, mostly fried, food.

The women's (and restroom’s) entrance

Let’s go back to 1920, when women earnt the right to vote. This conquest also brought about changes on a social level, gradually modifying the habits of the population, including the pleasures of dining, until then mostly reserved for working men. It was then that the owners of the first diners began to improve their image, adding a few flowers and repainting the walls, adding above all the word Miss before the name, to lend the place a more feminine vibe. The truck builders followed suit and introduced different elements, such as restrooms, tables and seats. No longer ramshackle wagons for night-time patrons, but increasingly evolved and modern trucks. In the 1930s, they adopted a new style, simpler and with futuristic lines, which represented the speed and modernity typical of its service and innovative format.

Thanks to their quick and cheap offer affordable to anyone, diners survived the Great Depression, while many other restaurants were closing down. Diners not only endured, they actually expanded: when intercity trams were replaced by internal combustion buses in the 1930s and 1940s, many other would-be diner owners were able to afford to turn old wagons into eating places. After the Second World War, the demand increased enormously: the soldiers, who were granted loans, were returning from the war, and the economy was once again looking to the future. Americans needed to make up for the years of crisis and were eager to spend money. In the meantime, the technological innovations, developed before and during the war, were used to produce new materials for commercial activities, such as Formica, Naugahyde (a brand of artificial leather) and terrazzo flooring.

The style of diners

The look of the diners as we know it, with lots of steel elements and especially large windows all around, came only a few years later, when people started to move from the cities to the suburbs. The flashy exteriors were mainly to attract passing motorists, while the obsession with space, the first launch and exploration in the 1950s, inspired the interior design with higher ceilings and large volumes. After their initial success, the advent of fast food put the diner sector into crisis and, after the 1970s, diners were built again but this time with a retro look designed to attract more customers. A faux-vintage look that began to spread in Europe as well, giving rise to a series of chains. The charm of yore, still the interest in American diners continues today: several old restaurants have been saved from demolition and relocated to new places in the United States and Europe. The National Register of Historic Places contains all the old diners still open. 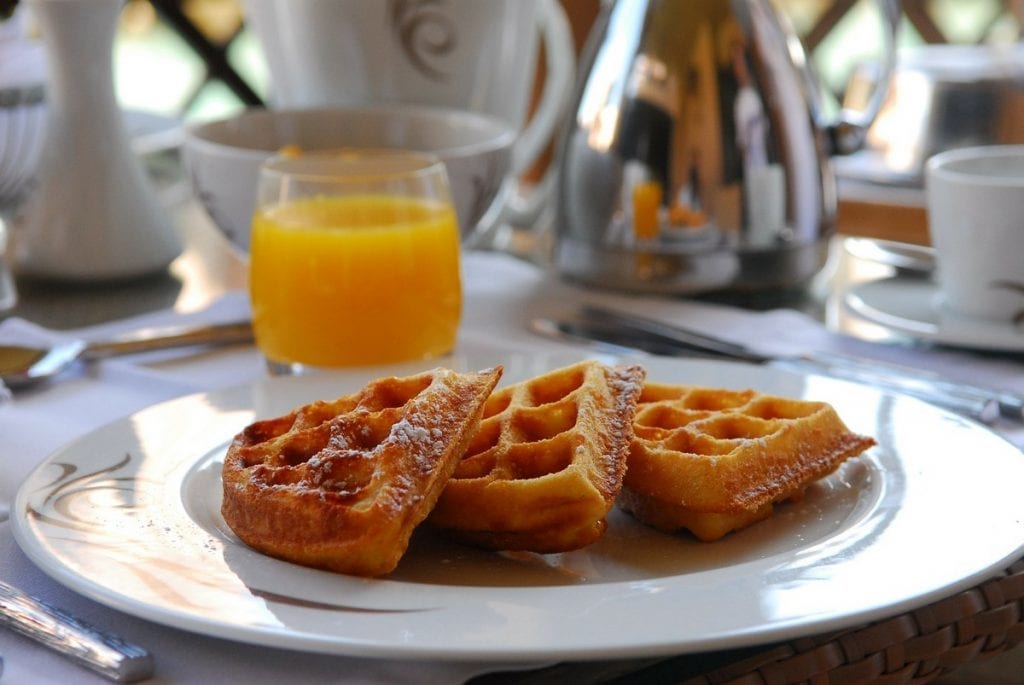 Once called greasy spoon, over the years diners have evolved their cuisine, always maintaining the rule of good value for money. Simple, quick, tasty and inexpensive dishes: waffles and pancakes for breakfast, or eggs and bacon, eggs Benedict and omelettes. To drink, coffee (American, of course!) but also milkshakes, the inevitable fruit or chocolate milkshakes made with ice and milk, often decorated with whipped cream and syrups. Burgers and fries, but above all hash browns, grated, pressed and fried potato croquettes, couldn’t miss. Fried onion rings, steak and fries and chicken dishes are also on the menu. For dessert? A piece of apple pie, of course.