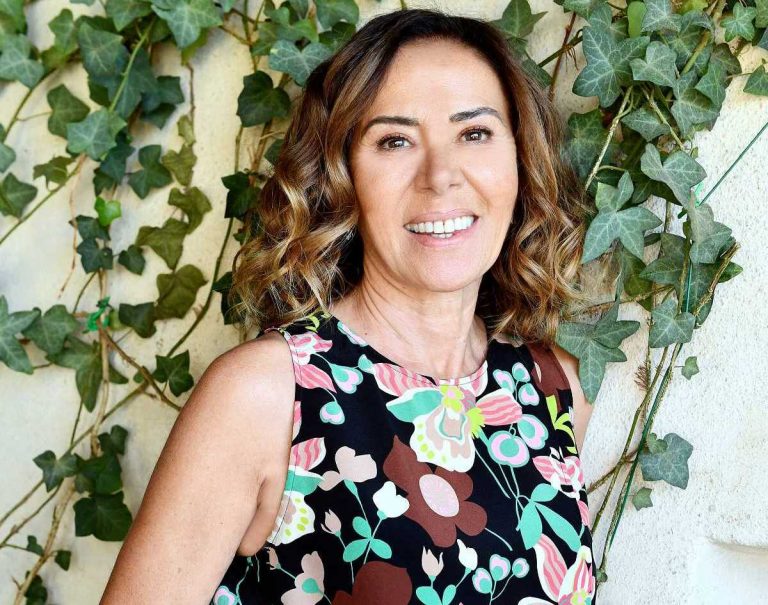 For the column promoted by the Gambero Rosso Foundation and dedicated to women, we're interviewing Maria Flora Monini, head of communication, image and external relations of Monini S.p.A.

The Gambero Rosso Foundation, created with the aim of bringing attention and emphasis on social and research issues, carries on this column dedicated to women. Today we're interviewing Maria Flora Monini, head of communication, image and external relations of Monini, the company that produces extra virgin olive oil and exports all over the world.

In your professional experience, what obstacles did you face as a woman?

Despite being born in a family of open ideas compared to the norm in the 1960s, the prevailing culture was certainly not in favour of women entering the workforce except in gregarious positions, certainly never at the top. My brother Zefferino and I have always gotten along very well and it was all quite "natural" that after my father the scepter of corporate leadership would pass to him. However, I felt that I had to prove myself capable of taking on responsibility and being up to the tasks useful for the life of the company created by my grandfather and my father, and which I loved. Nothing would have been precluded if I had managed to gain autonomy even outside the family business environment: in this way I would have acquired credibility even in the eyes of my family.

The rest is history. But how did you manage to gain credibility?

I had clear ideas and was lucky enough to choose to be in a job that I liked. I was attracted to communication and I jumped at the opportunity to collaborate in the PR office of the Spoleto Festival in the summer months, at the time one of the most prestigious events in Italy, that attracted international stars that we saw casually walking the streets of Spoleto for weeks, chased by photographers and TV, together with the mythical figure of Maestro Giancarlo Menotti. The dynamic, cosmopolitan, electrifying atmosphere that exuded culture and internationality was for me a training experience from which I gained confidence, self-esteem, problem solving skills that I was then able to bring back to the family company.

What happened after the Spoleto Festival?

In addition to the experience gained with the Festival, which was a monstrous machine to manage, the support received from my father Giuseppe was equally fundamental, as he threw me into the sea as soon as he could so I could learn to swim. He encouraged me to travel alone, often by plane and abroad, attending trade fairs, trying to acquire importers and customers. And so in 1981 I officially started my career in the company. And since––according to my father––knowing how to sell is the basis of every job, he put me to the test by giving me charge of foreign sales.

How did you acquire your current position?

My first love was still marketing and communication and so, in the years during which Findim joined the brand, the company was reorganized and I, a product of Carosello TV ads, curious, extrovert and creative, was entrusted with the communication, image and external relations office, which I still manage to this day.

I have to mention once again my father who more willingly hired women especially for office jobs because, he said, "they are the best." Even today, in our offices women are the majority and often also hold positions of responsibility such as the Purchasing office, the Administration-Financial office and the Quality System office. A directive that our HR applies is to encourage hiring young women from our territory because they demonstrate pride in belonging to our traditions that is stronger than what we perceive in men. This helps us to defend and pass on our know-how in extra virgin olive oil, which is a pride of our region as well as of Italy.

What other peculiarities do you notice?

We also periodically open our doors to curricular internships and we notice a growth in female candidates, something that gives us hope.

The eternal problem is to ensure that women can reconcile work and family: this possibility should be guaranteed by law, starting with a complete restructuring of the nursery/daycare system. We entrepreneurs could also give a big hand with the organization of in-house daycare opportunities for businesses, but this would require the creation of incentives because we cannot do it alone. I too had to deal with these difficulties when my first daughter Carolina was born: after a week and for a few months I took her to the office with me and due to my position I can consider myself privileged. I would like to propose to the Minister for the Family and Equal Opportunities Bonetti to set up and stabilize discussion tables with women entrepreneurs and managers to face this problem conclusively and with characteristically feminine common sense.

What methods and what formulas can you suggest to raise awareness and make the male world aware of this gap? A gap which, moreover, also has consequences on GDP.

I would set up a month, or perhaps even two, of a reverse world: entrusting to men for that period all of the tasks that a woman, wife, mother, sister, housekeeper, caregiver, normally takes on. Including the burden of putting on makeup, taking good care of yourself, and imagining the discomfort of wearing uncomfortable clothing or 5-inch heels while doing all of this! I know it is barricadero and utopian, but the alternative is a path that's still too long, to be fought on all levels: information, school, conferences, events, testimonies, film, books, concerts and, unfortunately, of #metoo movements.

Is there any hope for real change?

I hope in the new generations that are growing with these seeds, but also every initiative, however small and individual, can make a difference. I applaud the Gambero Rosso example and thank you.

What message or advice can you give to women who can and wish to emerge, in particular to those who are still struggling and to the younger generations? Including generational transition.

Maybe it's obvious, but my advice is to never give up, especially now that some form of recognition of the female value is emerging and is gaining ground, even from the point of view that is most dear to our society, still molded on male models: the capabilities of women, if valued in the right way, allowed to express themselves and rewarded on a par with men, to create GDP, measurable value, wealth, and to this also add ethics and ability to care for others.

Of course we women too have to work on an important aspect that the male world already has: we lack complicity, collaboration, female solidarity, abandoning the operative conditioning of competition on all fronts, public, private, personal, which has been instilled in us by old patriarchal societies and is still very hard to erase.

As for the generational shift, companies must give space to their young people while also leaving them free to make mistakes. They will derive the most precious advantage for a company: the new, renewed vision, in step with the times that can only come from a young mind that sees the present only as a function of the future.

Tell us an anecdote (positive or negative) of an experience on the subject.

I was shocked during a business meeting in the early 90s: a sentence pronounced angrily by an entrepreneur addressed to a lady belonging to the family board: "Women in the other family businesses stay at home!" This was revealing of the man's discomfort in accepting equal discourse with a woman, but still unacceptable and rude. That's when I promised myself – and I reconfirm to this day – that I will do everything possible to ban phrases like this from the vocabulary of the world of work.