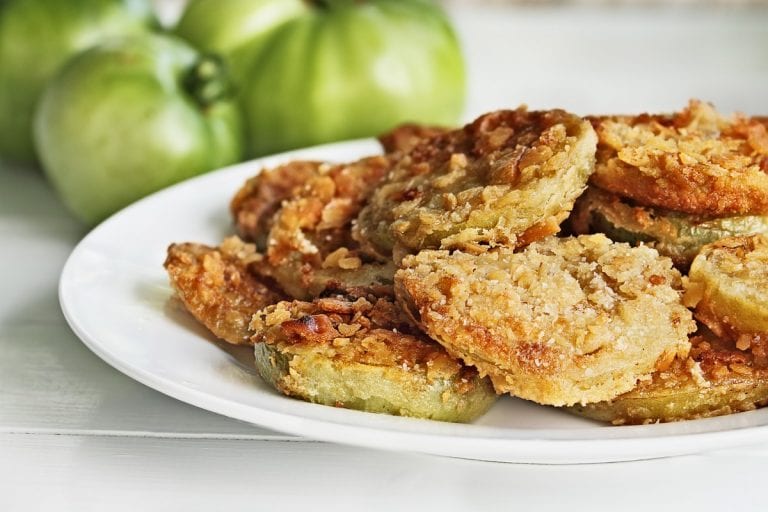 The kitchen is the fulcrum of the life, love and rebellion of Idgie and Ruth, protagonists of Fried Green Tomatoes at the Whistle Stop Cafe. But what are the true origins of the dish?

"Oh, what would I give for a plate of fried green tomatoes like the ones at the Whistle Stop Cafe." The suggestions caused by the big screen are powerful and lasting, even at the table. Among the most iconic dishes depicted by cinema are the famous fried green tomatoes, captured in the 1991 Jon Avnet film, based on the novel "Green Fried Tomatoes at the Whistle Stop Cafè" by Fannie Flagg. The famous quote immediately brings to mind the image of Old America, made of apple pie and pastel-coloured pastries, barbecues and butter creams, but above all to the sweet Hollywood story discovered in the kitchen, the one between Idgie and Ruth. Two Alabama women of the 1920s in search of independence, fleeing pain, patriarchal oppression and racial discrimination, who find themselves establishing an intimate, profound relationship. A love story that clashes with the prejudices of the time, finding refuge in the kitchen.

It is through the recipes, but above all thanks to that small community that revolves around the Whistle Stop Café that becomes the scene of love affairs, feminist challenges and anti-racial battles, that viewers can leap into the atmosphere of the South of the United States, Alabama, during the Great Depression with a strong identity. This character emerges with tenacity in the kitchen with its traditional, authentic dishes. Simple and impactful. Unforgettable just like those fried green tomatoes, a house specialty still famous today which, together with chicken (also fried), is one of the most famous dishes in the southern States. A recipe born well before the 20th century, already mentioned in an Ohio cookbook dated 1873 and then again in a Chicago Presbyterian publication of 1877.

Despite being considered a typically Southern dish, little is known about the origins of fried green tomatoes, according to many they were not so common before the 1990s. Author and food historian Robert F. Moss, for example, claims that they first entered the American culinary scene in the Northeastern and Midwestern states, "probably thanks to Jewish immigrants." What made them famous and known in the South, however, seems to have been "the many schools of home economics developed in the United States in the first half of the 20th century." They may not have been born in Alabama, but fried green tomatoes that inspired the author of the best-selling book really existed on the menu at Irondale Café, in Jefferson County, where Flagg used to eat them as a child.

"Secret’s in the sauce"

The restaurant in Irondale still exists today, the sign reads "Original Whistle Stop Café since 1928" and fried green tomatoes are never missing from the menu. Au contraire, they have become the symbol of the restaurant, which after the success of the film had to buy a larger fryer to meet the high demand (it seems that today it uses about 30 kilos of tomatoes a day!). The original recipe of the book involves frying them in bacon fat and a white sauce poured over the hot tomatoes. For a healthier and lighter version, however, we recommend using extra virgin olive oil. After all, the duo of the Whistle Stop Café taught us well… "Secret's in the sauce."

Salt and pepper to taste

Wash, pat dry and slice the tomatoes horizontally. They should not render liquids or seeds but if they are a little watery, dab them with kitchen paper. Beat the eggs with ground pepper and bring the bacon fat/olive oil to frying temperature (160° C) in a pan large enough to hold several slices in one single layer. Dredge the tomatoes in a thin layer of flour, sprinkle them with more flour, shake to remove excess and dip them into the beaten eggs. Next coat them in breadcrumbs, making sure the coating is generous. Fry the tomato slices until golden and coloured on both sides. Drain with a slotted spoon and place them on kitchen paper to absorb the excess grease. Arrange the tomatoes on a serving dish and keep them warm. For each tablespoon of fat left in the pan, add one of flour and dissolve. Add a cup of lukewarm milk and, without ever stopping stirring, cook until the sauce has thickened. Season with salt and pepper and pour over the tomatoes. Serve the preparation piping hot.