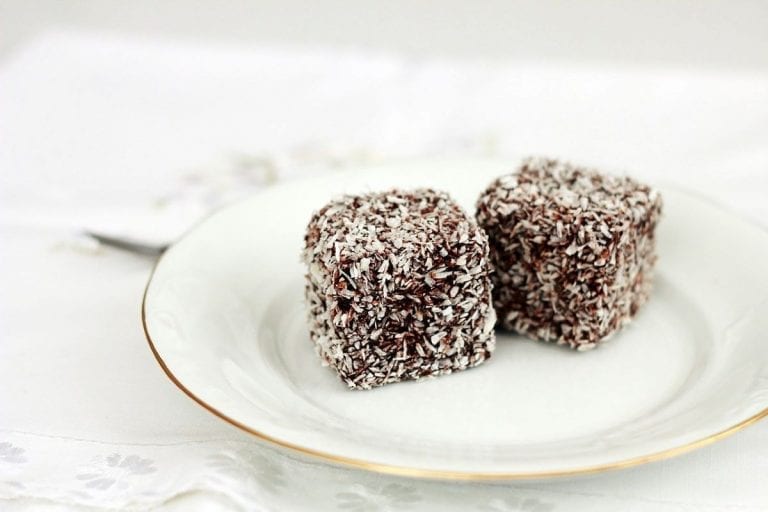 No vials, vanillin and aromas of dubious origin: with coconut flour it's possible to make delectable, fragrant cakes. From creamy flans to moist cookies, to fresh ricotta macaroons, we have selected for you the most delicious recipes to prepare at home. Preheat the oven!

Coconut is no longer consumed only fresh. Thanks to the exotic aroma and the sugary, pleasantly creamy taste, this fruit with its fragrant pulp is often transformed into vegetable milk, dehydrated crisps and ready-to-use flakes to finish classy pastry preparations. All ingredients that, despite the original product presenting indisputable nutritional benefits, have the added advantage of being easy to use in the kitchen, even by novice cooks. And this is where coconut flour comes into play, the protagonist of moist cakes for afternoon tea and tall, spongy cakes, which already during cooking release heavenly scents, evoking beaches of fine white sand and tropical-flavoured cocktails. But let’s get back to business: coconut powder, in addition to being a nutritious and functional food, is also an excellent alternative to flours containing gluten and an inexhaustible source of inspiration for lovers of “low cost, maximum yield” desserts: simple and fast, yet show-stopping.

Transformation of the fresh product into flour consists of various steps. Firstly, the coconuts are harvested, opened and cut to separate the outer coating from the edible part; the pulp is dried at not too high temperatures (in the oven, under the sun or, more rarely, over a direct flame) with the aim of preserving the aroma of the fruit, which, in this way, is enriched with new nuances, from vanilla to condensed milk. The last phase involves extracting the oil from the dehydrated coconut – called “copra” – by pressing, and then grinding the dry substance, obtaining a medium thickness flour. Strong points of this product include an intense taste (a mix of sweetness and freshness), a compact and grainy texture that gives desserts a very soft, moist texture, and a milky fragrance, particularly appreciated in pastry. At first glance it has a creamy white colour, with shades ranging from ivory to light ocher depending on production techniques.

Remaining on the subject of gluten-free products, coconut flour represents a case in itself compared to flours obtained from the grinding of legumes (such as chickpeas and lupins), nuts (such as almonds, pistachios and flaxseeds) or alternative grains to wheat (such as corn flour). Its peculiarity lies precisely in the use of fresh fruit which, despite being subjected to a drying procedure, has a different nutritional composition compared to all the other ingredients mentioned above. This explains why coconut flour is richer in carbohydrates composed of simple sugars (6.4 g out of 100), and fiber (13.7 g). But the highest count is lipids, which reach 62 g, and here we need to make a clarification: they are above all “medium chain” saturated fatty acids (easily assimilated) which, while favouring the synthesis of cholesterol, others give us ready-to-use energy, a bit like mother’s milk, goat’s milk or some types of oils obtained from tropical fruits. In short, dehydrated coconut powder falls fully within the category of flour-condiments to be used sparingly, because they are very caloric: in fact, it provides about 600 calories per 100 g.

How to use coconut flour?

Among the advantages of coconut flour is giving desserts a moist and compact texture and making creams, mousses and velvets thicken quickly, given the tendency to absorb large quantities of moisture. This, however, also represents its Achilles heel: it’s almost impossible to use it successfully in the production of crumbly and crisp baked goods such as gauffres or hard biscuits. In any case, we can safely replace it with 20% soft wheat flour in the recipe of our favourite dessert, with the foresight to add the same amount of water or milk to the dough to make it fluffy enough (for example, 60 g of coconut flour and 240 g of “00” flour, diluted with 60 g of water, instead of 300 g of “00” flour). Another good idea is to include coconut flour in preparations using egg or fruit pulp (think banana bread, pancakes and classic breakfast cakes in the proportions already indicated: you won’t regret it!). Furthemore, if you want to experiment in the kitchen, we advise to use it to make a custard with an exotic taste or to enrich fresh fruit smoothies: it goes very well with strawberries, mangoes and ripe persimmons.

There are many recipes typical of Italian or foreign gastronomic culture based on coconut flour. For fans of compact and buttery sweet treats, the ideal is to focus on Brazilian quindim, small flans with a creamy filling made with egg yolk, coconut flour, condensed milk, lime juice and coconut milk: the equivalent of Italian panna cotta in a tropical version! Equally delicious (and childproof!) are the Sicilian coconut and ricotta balls. To prepare about twenty, just mix 250 g of cow’s milk ricotta with 50 g icing sugar and 130 g coconut flour in a bowl; after making round balls from the mixture, roll them quickly in rapé coconut and place them in the fridge for an hour; if you love the intense taste of bitter cacao, you can add it to the dough in small amounts (up to 20 g instead of coconut flour). Among the most appetizing finger foods we also find coconut snacks “made in the USA,” which are prepared simply by mixing 1 liter of condensed milk with 50 g of coconut flour. After forming rectangular bars, leave them to harden in the fridge for about 8 hours and coat with dark chocolate previously melted in a double boiler… impossible to resist! If, on the other hand, you want to try your hand at making savoury dishes, take advantage of the thickening power of coconut flour and coconut milk to make a creamy traditional Indian chicken curry, or to enrich the breading of a sweet-tasting fish, such as vegetable crusted salmon.

For the cacao shortcrust

1 vanilla pod, sliced lengthwise and scraped to gather the seeds

For the frangipane cream

One punnet of fresh raspberries

Combine the flour, cacao, salt, vanilla seeds, icing sugar and cold butter cut into chunks in the bowl of the stand mixer with the leaf attachment. Operate until the mixture looks like sand. Now add the eggs and mix quickly with a spoon. Knead with your fingertips on a pastry board until you get a smooth and compact ball and roll it out 1/2 cm thick on parchment paper. Chill the shortcrust pastry to rest for at least 2 hours.

To prepare the frangipane cream, whip the soft butter with the sugar in a stand mixer until foamy. Gradually add the eggs and, subsequently, the pastry cream. Incorporate the coconut flour into the mixture scraping down the sides with a spatula. Transfer the obtained cream in a pastry bag.

Line a tart mold with the previously rolled out cacao shortcrust pastry and spread the raspberry jam evenly on the base. Cover with the frangipane cream and decorate the surface with fresh raspberries. Bake at 160°C for 30/35 minutes. Allow the tart to cool and bring it to the table as a dessert, or enjoy it for breakfast with a cup of hot chocolate.

Seeds from a vanilla pod

In a large bowl, beat the egg whites with the sugar and vanilla until stiff. Immediately after, add the coconut flour in 3 batches, until the mixture has reached the right density. Place everything in a pastry bag and pipe small balls of dough (the size of a walnut) on a baking tray lined with parchment paper.

Bake in a static oven for 10/15 minutes at 180°C. Let the biscotti cool and then sprinkle with icing sugar.