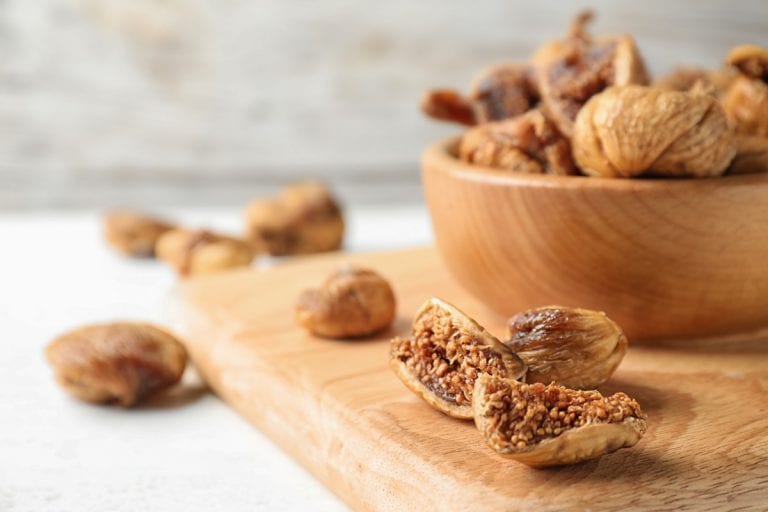 They may not be the best from a nutritional standpoint, but during the holidays one can allow a few exceptions to the rule: so here's what you need to know about dried figs.

Simple, tasty, ancient: dried figs have deep roots in tradition and they are among some of the musts during the Italian Christmas celebrations. At the end of a meal or paired to important cheeses, as a hunger-buster or for an extra load of energy, dried figs can be enjoyed plain or filled with almonds. The variety used in many cases is the dottato, the most prized, sun-dried, possibly on reed mats.

The energy intake is quite high, while lipids and proteins are present in small quantities: on the other hand, the fiber content is very high, a fact which slightly reduces the product’s glycemic index, but it’s still advisable to consume sparingly. Good percentage of Omega3 and Omega6, as well as potassium, calcium and phosphorus. Not too many properties, granted, and certainly dried figs don’t rate among the most suitable foods in low glycemic index diets, but they can be enjoyed without worries from time to time, especially during the Christmas period.

The plant from which they originate is naturally the fig tree, one of the symbols of fertility since ancient times together with the vine, capable of giving sweet and delicious fruits. In ancient times, Plato was a lover of their dried version, while fresh figs were considered by the Greeks as aphrodisiac fruits: the link with sexuality is very strong, so much so that folk medicine in the past believed that the numerous seeds present inside were harbingers of fertility. Among the various beliefs with them as protagonists, the most curious is the one concerning sterile couples, who used to leave fig leaves under their respective pillows hoping for the arrival of a child.

Culinary use of dried figs

Fleshy and sugary, dried figs are already delicious as is. Those with a sweet tooth, however, often add a sprinkling of powdered sugar, or some almonds or stuff walnuts inside them, a crunchy surprise that makes the dried fruit even tastier. There are also chocolate varieties, but we prefer the plain ones, to be chosen carefully: they must not be too dry and tough, yet not excessively soft. Above all, the peel must not be too thick and the pulp should be soft and aromatic. When they are good, just savour them at the end of the meal with a good glass of sweet wine or an amaro, but if you really want to indulge yourself in the kitchen, then you can try making sweet bunsstudded with dried figs.