Chickpea flour: properties, uses in cooking and delicious recipes to make at home 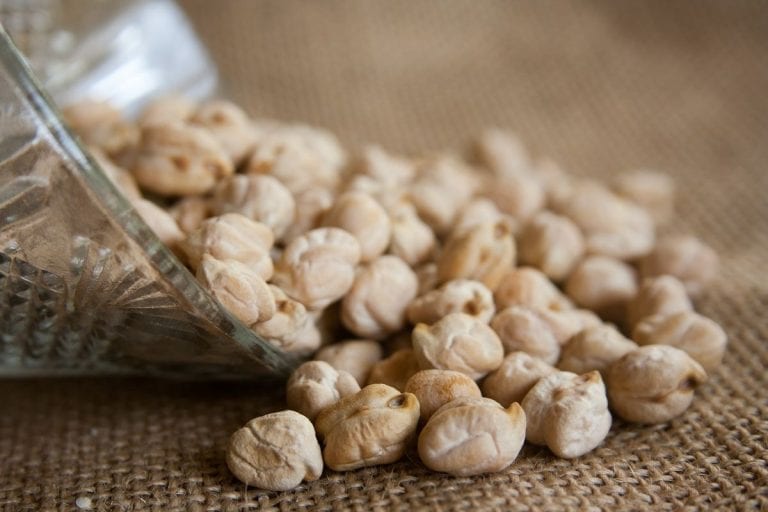 Those who follow a vegan diet probably already know: chickpea flour is a more versatile and tasty ingredient than you might imagine. That's why we decided to take it a step further with an online cookbook. From omelettes to brownies to spicy meatballs of Middle Eastern origin, here is a series of mouth-watering dishes that provide great satisfaction.

Chickpea flour in cooking. From India to Italy

For hundreds of years it has been one of the most popular ingredients in Indian cuisine, but it is also widespread in Europe, where it is used in the preparation of healthy, tasty dishes rich in vegetable proteins. We Italians use it mainly to prepare farinata and fried panelle, two timeless classics of regional street food (Ligurian, Tuscan and Sicilian). Chickpea flour, however, has all the credentials to establish itself as the protagonist of a myriad of sweet and savory recipes; it can also play the role of thickener, replacing eggs in vegan desserts or replacing wheat flour in the dough of piadina. Here we suggest many ideas of dishes to make at home and a very special recipe. Before we get into the practicalities, though, here are some fun facts about its benefits.

Among the most interesting nutritional virtues of chickpea flour, stand out a fair amount of protein (22 g per hecto; they are not few, considering that strong flours for baking rarely exceed 15 g) and an excellent ratio between fibre and complex carbohydrates: this is why this product is one of the most popular solutions to guarantee the right supply of nutrients to those who want to follows a vegan diet. After all, its virtues coincide with those of the legumes (from which it comes from): low lipids, excellent levels of calcium and vitamin B1, low glycemic index. All good reasons to use it often in the kitchen, without neglecting the versatility factor. In fact, it lends itself to the preparation of the most varied dishes.

Have you ever tasted cecìna? This is one of the names by which is known the farinata or fainà, a thin and compact salty cake that, if cooked according to the rules of art – strictly in a wood-furned oven at a temperature of 300 °C – has a fine golden rust on the surface and is kept in excellent conditions for a whole week. Thanks to the oil, which helps to keep the dough firm and hydrated; among the other ingredients, besides chickpea flour, we have water, salt and rosemary (here we reveal all the secrets to make it at home with a simple and quick recipe). Also try cuculli, small raised balls very common in the fryers of Genoa and its surroundings.

In Sicily, on the other hand, panelle are widespread, fragrant crushed fried in batter whose origin seems to date back to the late Middle Ages (or to the first periods of the Angioine domination in Sicily: French nobles consumed large quantities during banquets, thanks to the skill of the court cooks). The mixture, made from chickpea flour and parsley, is cooked in salted water, sliced and fried in a pan filled with boiling oil (you can read the full recipe here). The result is a finger food to be tasted still hot together with the giuggiulena, the bread covered with sesame seeds so loved by Palermitan people.

Recipes from the world: chickpea flour

The most delicious Indian dish with chickpea flour is the pankora: spicy pancake (not too different from the Japanese tempura). It is prepared by adding water to the flour until a medium-density batter is obtained, into which slices of vegetables or tubers are dipped before cooking in the wok (classic high-sided pan). To flavour the mixture: a mixture of chilli, turmeric, coriander and pepper. Papadum, on the other hand, is reminiscent of our farinata: a salty, crispy wafer eaten by Indian families as a snack or as an aperitif. Cumin dominates here, giving the flatbread a rather spicy flavor, which is partially mitigated by frying in coconut oil. How not to mention falafel: small Lebanese meatballs that, like other delicacies of this country, for some time depopulated in ethnic restaurants throughout Italy? In this case it is better to soak the dried chickpeas while they are still whole and blend them after 24 hours: the mixture will be more compact.

Chickpea flour:  mouth-watering recipes and uses in the kitchen

"Chickpea flour is an excellent source of vegetable protein", those who have chosen to eliminate meat from their daily diet know this well. The easiest way to use it in the kitchen? Make a vegan omelette, considering that each egg is equivalent to 30 grams of flour. After calculating the doses, just add twice as much water, oil and other foods to taste (vegetables, herbs, potatoes) to obtain a mixture similar to that of the original recipe, which lends itself well to cooking in the oven or pan. With the same procedure, without adding other ingredients, you can also make "alternative" piadina: pour the batter on a crepe pan, place it on a stove over low heat and turn the disc after a few minutes, letting it set on both sides. What about desserts? There are all kinds, including sweet panelle (enriched with sugar, butter, lard and sometimes custard), crumbly cookies like our Gribahomes, chocolate brownies (here too, chickpea flour acts as a thickener in the absence of eggs) and gluten-free shortbread tarts.

To complete our short online recipe, Pietro Leeman, chef of the Joia restaurant in Milan, revealed the process of one of his plant-based dishes. These are: Once upon a time there was a king, a potato pie, chickpea flour, late radicchio and lees in bellavista, mandarin sauce, umami of young turnips and wine. Ingredients

Shred of herbs and salt q. b.

For the wine sauce:

100 g of reduced wine (a mixture of wine, leak and aromatic herbs that must be boiled until it is reduced by half)

3 g kuzu (starch extracted from a wild root: you can find it in specialist ingredient stores or online)

Oil seeds for mounting q. b.

For the mandarin sauce:

Sunflower seed oil and a kind of pâté to taste q. b.

Some tops of chervil

Start with the crown: cut the previously peeled potatoes with a mandoline and place them in 3 cm ramekins. Place the resulting discs in a circle, forming a mandala of overlapping potatoes with the help of a 10 cm pastry cup. At this point, blanch the crown in the oven with the steam mode for 3/4 minutes, then briefly repass it in an iron skillet over high heat.

Dice the potatoes and blanch them immediately in water. Cut the leek and carrot to the same size and then pan-fry all the vegetables separately according to the different cooking times. Once ready, let them cool and add them to the chickpea batter along with the chopped herbs.

Cook the red lettuce to steam with the solution of sugar and red wine for 40 minutes, then let it cool, squeeze it and arrange it without the “heel” on a sheet of film; roll it up like a sushi and cut it into 4 cm high cylinders.

Pour into a bowl the ingredients for the mandarin sauce, add the kuzu to make it thicken and whip it together with the seed oil with the use of an electric kitchen whisk.

Place the batter of the cake in an 8 cm cupboard, after having soiled it with the pâté to make the crown adhere well; bake for 5 minutes, then add the radicchio and finish cooking for another 3 minutes. Finally, compose the dish by pouring the mandarin sauce on the bottom and lying on top of the cake; accompany with the wine sauce in a saucer to serve to the guests.