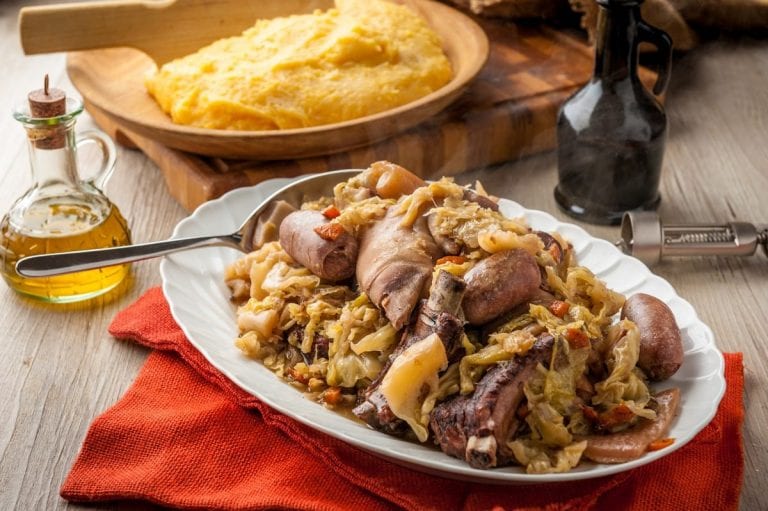 Every area makes its own version, but all share the same simplicity and use of food waste: here's how cassoeula was born, and how it's made.

No part of the pig is discarded. The citizens of Lombardy are well aware of this, and among the typical dishes of their tradition is a specialty of the peasant culture created precisely to reuse any waste from pork making process: cassoeula is a hot stew made with cabbage and meat that once celebrated the ritual of the slaughtering of the pig that each family had raised. The recipe, as often happens, changes from province to province, but in any case it's a seasonal dish born from leftovers, a perfect expression of peasant tradition.

The origins of the cassoeula

In a time when nothing was thrown away, we made do with what the countryside offered, also using the less noble parts of the animal: ribs, feet, tail, skin, offal. There are several theories about the origin of the term: some believe that it derives from 'cassoeu,' the dialect word used to indicate the ladle, while others argue that it refers to the casserole in which the meat is cooked. According to the most supported hypothesis, however, the name derives from a trowel, the tool used by masons to spread mortar between bricks and which refers to the similar looking tool used to mix the preparation during cooking.

Regardless of the name, cassoeula was born at the beginning of the 20th century during the Spanish domination of Milan: legend has it that a Spanish soldier was in love with a cook from a noble family, one day she found herself without ingredients in the pantry. The soldier then suggested that she use the leftovers from the pig and the few vegetables from the garden, thus creating a poor dish that the guests liked very much, to the point that the girl decided to accept the young man's courtship. The first official written testimony, however, appears in the recipe book of Ruperto da Nola, at the service of the Aragonese court in Naples in the 15th century, who in his "Llibre del Coch" describes the cassola de carn, a dish very similar to the current version.

Cassoeula: the dish of Sant’Antonio Abate

Historically, the preparation of cassoeula is linked to the feast of S. Antony Abbott, celebrated throughout Italy with typical recipes and sweets on January 17th, the period of cabbage and pig slaughter. It is precisely on that day, in fact, that the Church blesses the animals, especially the pig, depicted in classical iconography, always alongside the saint dressed as a shepherd, protector of animals, farmers and the countryside. And the reason for this association is easy to see: in the Middle Ages, monks obtained emollient creams from pork fat to treat the sick (in particular, fat was the most used antidote to soothe shingles, better known as "fire of Sant'Antonio"), and the Antonian order of monks were among the first to restore pig farming, in defiance of the taboo that the animal was the symbol of the devil.

Despite the Lombardy root, dishes similar to cassoeula are also made in other parts of the world, in Western Europe and the Celtic areas above all, with many variations inexistence. But even in Lombardy itself there are different variants: in Como, for example, feet and chopped vegetables are not used and everything is blended with white wine; while in Novara it also includes goose meat; in Milan they use the head; in Brianza it's served with polenta and the vegetables are cut into small pieces. Again, in the Bergamo area the dish is drier and prepared with savoy cabbage and cabbage; in Pavia only the ribs are used, and finally in Varese the verzini, small sausages are added. 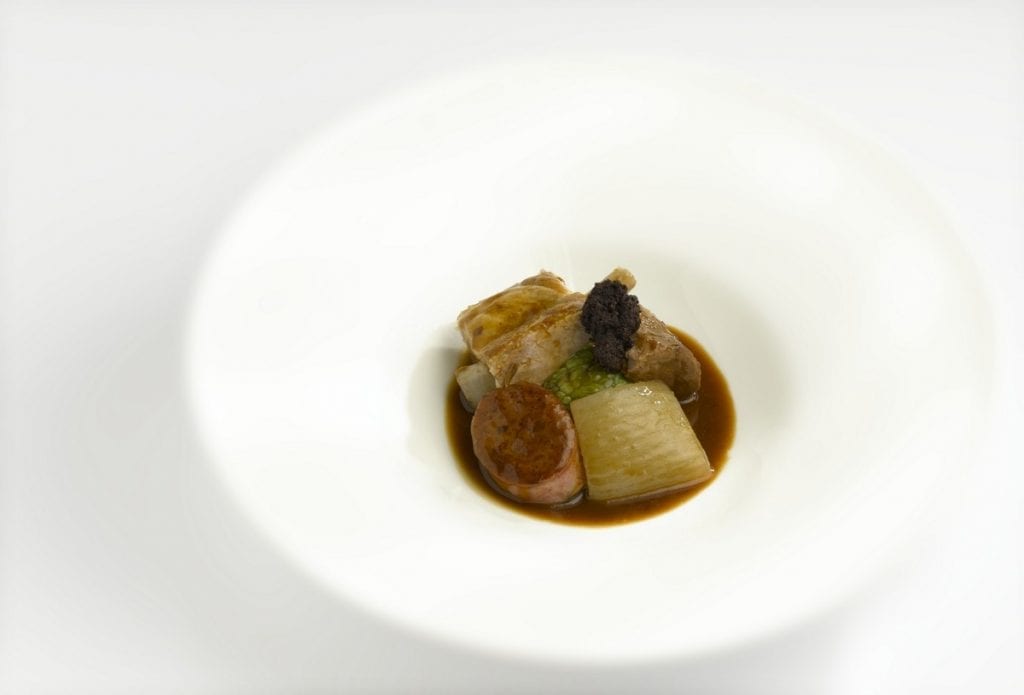 Browse, clean and remove the central rib of the cabbage. Blanch it in boiling salted water for about 5 minutes, then drain it and add it to 100 g of reduced veal stock and finish seasoning it for another 5 minutes.

Place the cabbage with the veal stock in the center of the plate, place the rind on top of the roasted meat and finish with the coagulated blood 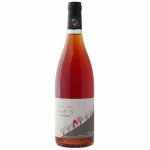 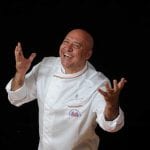