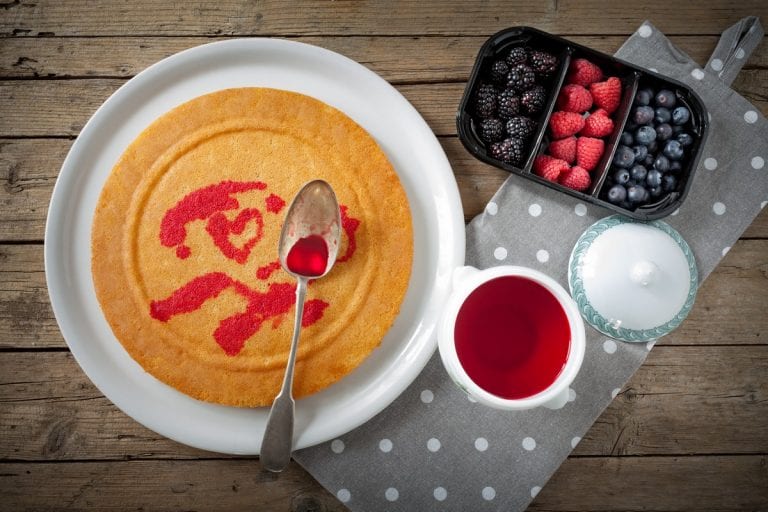 It was once given to children as sedative and considered an elixir of life: past, present and future of alkermes.

The origins of alkermes

It is the main ingredient for a good Italian version of the trifle recipe, the beverage that gives taste but above all colour to the pudding: alkermes is a liqueur that has always been used pure in pastry, mostly in central Italy, with a good chance of Arab origin. It was, however, the Spanish who introduced it to Italy, where it found fertile ground in the city of Florence: it was there, in fact, that it was prepared in the Officina of the friars of Santa Maria Novella, where it was known as an elixir of life. Among its greatest admirers, Caterina de’ Medici who, once married to Henry II of Orléans, made the product known also in France, where it was called ‘liquore de’ Medici’. The first to transcribe the recipe in 1743 was fra’ Cosimo Bucelli, director of the Officina, while the first price list dates back to 1859. 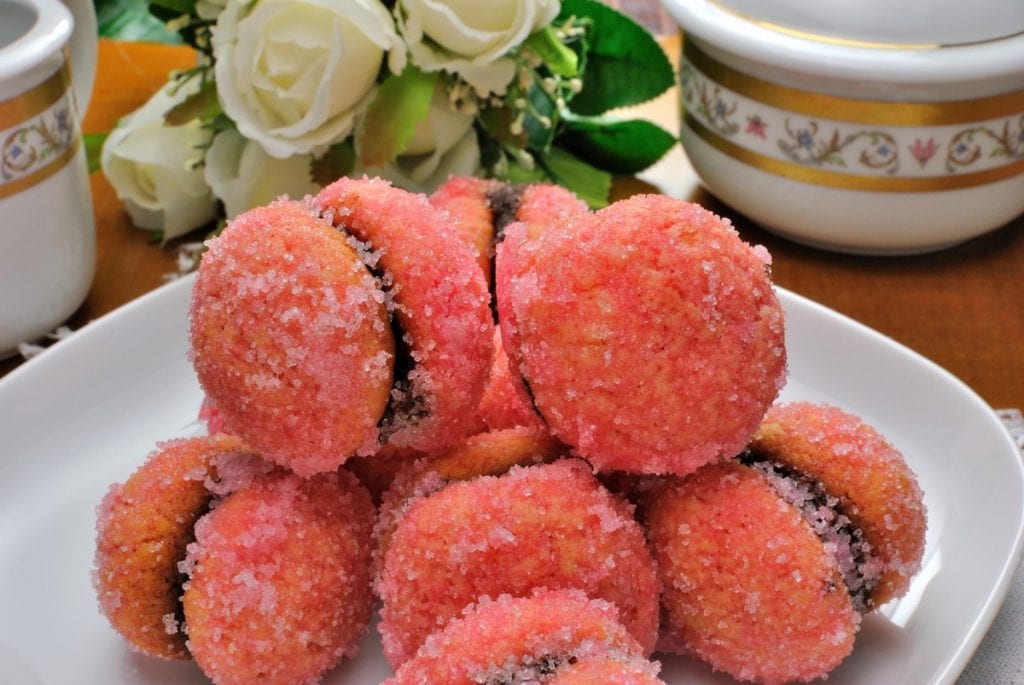 How alkermes is made

The name derives from the Arabic al-qirmiz, which means cochineal, a term used to indicate the dye obtained from insects of the same name that gives the drink its typical deep red colour. Crimson, to be precise, a dark shade that gives shocking pink reflections in pastry mixtures.The original recipe calls for alcohol, sugar, water, cochineal, orange peel, rose water and lots of spices: cinnamon, cloves, vanilla, cardamom and anise blossom. It is a fragrant and aromatic preparation with a syrupy consistency and a high sugar level, whose alcohol content is around 20/21%. Recognised as a typical Tuscan agrifood product, alkermes is still produced today in the Officina Profumo Farmaceutica of Santa Maria Novella according to the recipe of fra' Cosimo Bucelli. Widespread throughout Italy, in the past in Sicily alkermes was called archemisi and was used to calm children during a nightmare or in moments of fear. 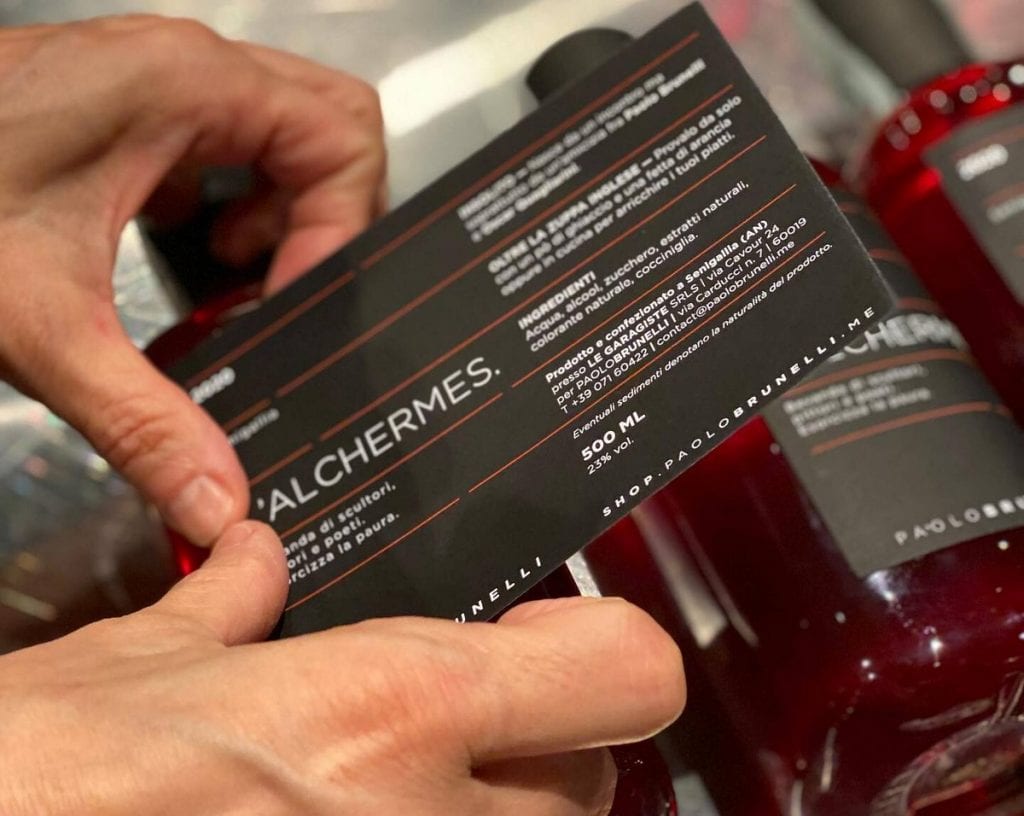 Mainly used in pastry for desserts such as peach cookies and trifle, it was from the desire to make an authentic and delicious trifle that Marche-based artisan Paolo Brunelli had the intuition to create his own alkermes brand with the complicity of bartender Oscar Quagliarini. It all began three years ago, when Brunelli chose to revisit the dessert during a workshop at the Identità Golose gastronomy congress: "I realised then that there wasn’t a wide choice of quality products readily available. At that time, Quagliarini had announced his restaurant opening in Senigallia and I seized the opportunity to ask him to make the liqueur together". Initially it was produced for the event but then, as often happens, the two friends were so enthusiastic that decided to think about a larger production for the public, "in line with our work philosophy, that is natural and of quality". 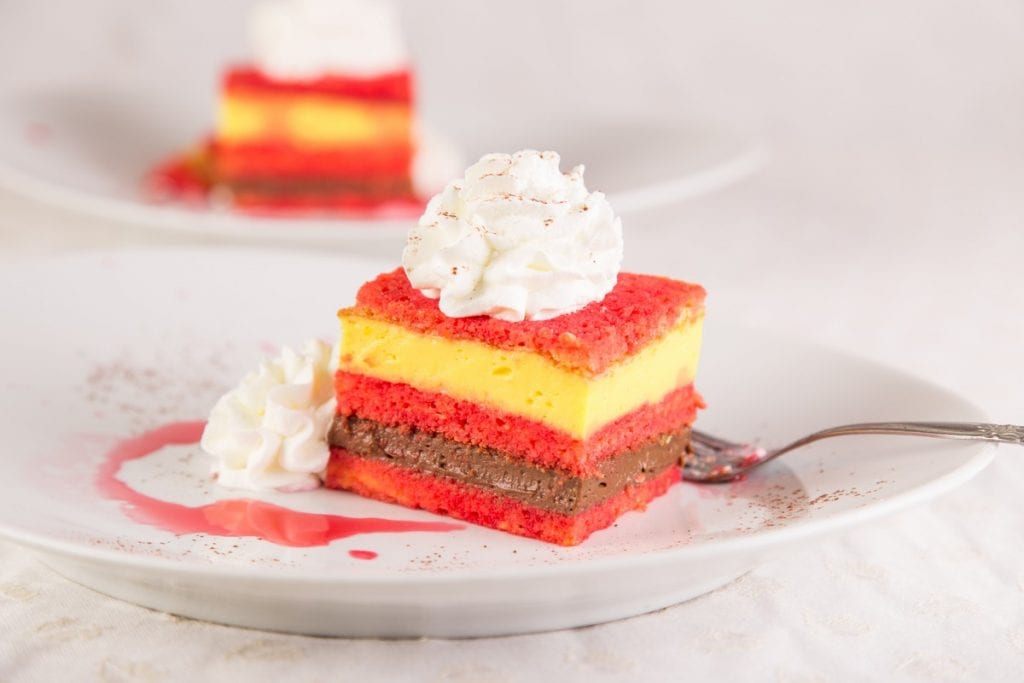 Above all, an alkermes that would not only be used in desserts, but also as an after-dinner liqueur, or to be used in mixology and – why not – also in cooking ("risotto with alkermes is delicious!"). After several experiments, the two achieved a satisfactory result: "We didn't want any colourants, so we tried with beetroot powder but the taste wasn't great and the liquid tended to separate. In the end, we decided to go with the cochineal, but diluted in water, with a less pronounced and intense flavour than usual". The liqueur is deliberately sugary, "one of the hallmarks of alkermes", with an alcohol content of 23%, infused with orange peel, cardamom and all the other spices of the original recipe. To enjoy it as an after-dinner drink, Brunelli recommends drinking it cold on the rocks, "perhaps even with an orange slice".