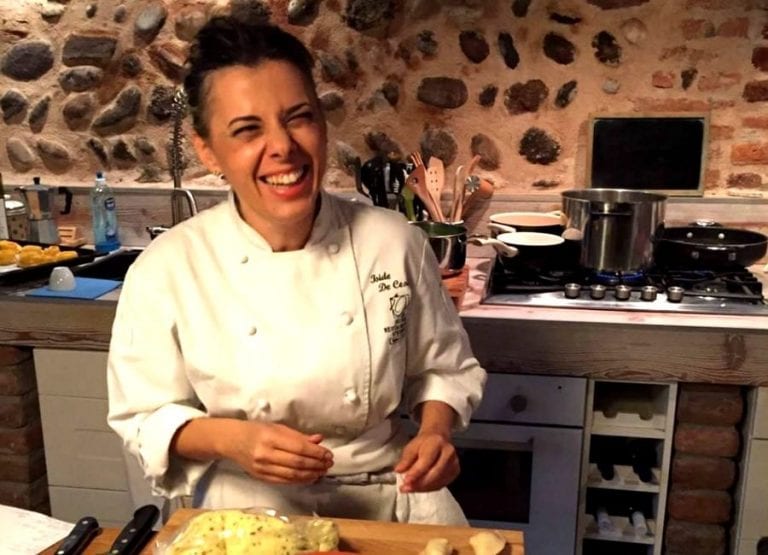 The third and last installment of the journey in correct nutrition focuses on the toddler years. After complementary feeding, vegetarian and vegan regime, today we address risk of obesity.

In the previous installments we addressed complementary feeding, underlining how gradual introduction of solid foods doesn’t necessarily exclude extended lactation. We then focused on vegetarian and vegan weaning. Today we focus on nutrition in the first years of the child’s life and fundamentals to prevent obesity with Doctor Giuseppe Morino, responsible of the Food Education department of Bambino Gesù Hospital in Rome.

Does weaning influence allergies and intolerances in adult age?

For many years it was thought more prudent to introduce allergenic foods last in a child’s diet in order to minimize the development of potential food allergies and intolerances. According to recent studies, however, it appears that introducing small amounts of foods high in allergenic potential in the so-called window period (4 to 6 months) can actually be a protective measure against development of future allergies and intolerances. That’s why it’s advisable to feed gluten to infants of celiac parents from the 6th month.

If a parent is allergic to a certain food, will the child most likely be too?

No, or rather the child will have a predisposition to an allergic reaction, but not necessarily towards that same food. In medical jargon we call this allergic diathesis pattern.

It’s crucial to prevent child obesity. What are the main causes?

One of the causes can be the weight at birth: premature infants are the most likely to develop obesity in later years. There are in fact in such cases bigger chances of excessive weight increase and metabolism imbalance. It’s therefore important not overcompensate the premature birth with feeding the infant excessive calories. Other among the many causes are also eating excessive proteins and precocious weaning. In first solid meals, which must be fed no sooner than 4 months, the quantity of meat should not exceed 20/30 grams. Obviously it’s equally important to take into consideration the child’s eating habits. Children are now increasingly selective, they dislike fruit and vegetables and prefer fats and carbs. Added to this is a sedentary attitude, which needs to be countered not so much with 2 hours of sports activities a week, rather with spontaneous movement.

At what age can a healthy and sporadic fried food dish be introduced?

There is no such thing as a healthy fried food dish. If need be, foods must be fried with olive oil (not extra virgin) which has a high smoke point and only if integrated with a varied diet. This means not so much which cooking methods are used, rather on ingredient quality and variety.

The child refuses to eat: suggestions?

In the development of eating habits there are three key phases: the first solid meal, the passage from high chair to sitting at the table with parents and the “no” phase. This happens between two and four years of age. These phases are crucial in the child’s future eating habits. It’s therefore very important to pay great attention in these key moments. So the first solid meal should be a positive moment for both child and parent, maintaining eye contact, placing the spoon so the child can actually see it. The child does not necessarily need to finish his serving. Another piece of advice I often lend is preparing broths that are made with single ingredients instead of mixing, for example a broth made only with carrots, or only with zucchini, or only with potatoes as opposed to one made with all three. This allows children to develop their own taste and preference. When finally seated at the table, tots familiarize with food through tactile stimulation, so go ahead and allow children to touch what they are interested in. During the “no” period it’s equally important to offer a varied diet, and having the child participate in the grocery shopping or setting the table, involving the child as much as possible in the preparation of what will be fed to him/her.

A recipe by Iside De Cesare

The twice parent chef of the Parolina restaurant, with experience and training at venues like La Pergola of Hotel Rome Cavalieri and Colline Ciociare, presents a simple recipe intended for toddlers. The ingredients are potatoes, chicken and fennel.

Steam the chicken breast and the fennel until soft.

Reduce the chicken and fennel in a blender.

Plate placing the cream of potatoes at the bottom of the plate, and add the homogenized meat and fennel in the middle.

Dress with a thread of olive oil and serve lukewarm.

Seven to twelve months and a recipe by Marco Martini

A. A. Valle Isarco Sylvaner Praepositus 2018