Food education, flavor and weaning. First meals and a recipe by Entiana Osmenzeza 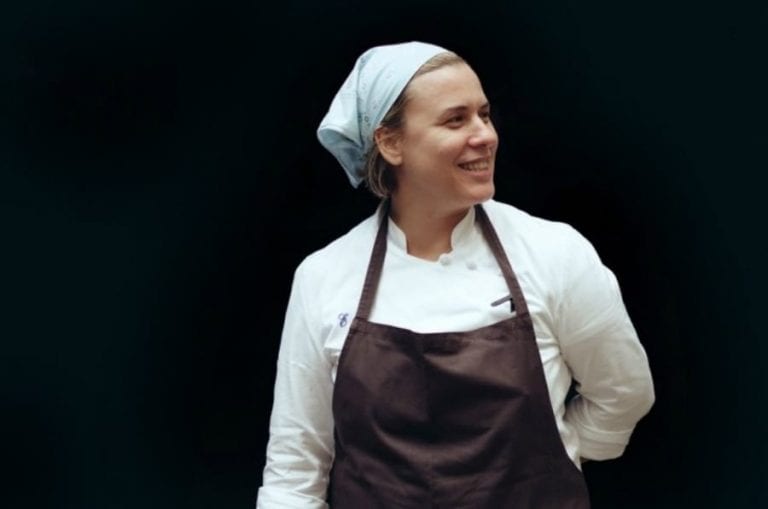 We know them in their professional kitchen element. But how do chefs eat in the privacy of their home? Moreover, how do they cook for their children? We asked for tips and got additional advice from neonatal doctors, pediatricians and nutritionists.

What exactly is weaning? “It corresponds to a period in which infants are accustomed to other solid or liquid food other than mother’s milk”. Professor Gian Vincenzo Zuccotti – Director of Pediatrics at Ospedale dei Bambini Vittore Buzzi and Professor of Pediatrics at Università degli Studi di Milano – introduces the concept: “Nowadays this phase of a child’s life is referred to as ‘complementary nutrition', sustaining the fact that introducing  foods other than breast milk does not exclude the continuation of mother’s milk, but rather is a complement to it”. According to the indications lent by World Health Organization, the United Nations public health arm, weaning can begin from the fourth month of the child’s life, and should not be delayed past the sixth month, more specifically the period ranges between the 17th and the 26th week. Does weaning implicate damages then, if begun before the 4th month? “Precocious weaning could expose the infant to risk of developing later allergy-based diseases and immune system immaturity and intestinal mucous lining issues, thus altering ‘oral tolerance’ which otherwise allows the organism to tolerate food antigens. Hence the reason why weaning before 4 months is not in the guidelines issued by World Health Organization. It is however just as important to report that in recent literature, precocious introduction of foods in the infant’s weaning diet of allergenic foods can modulate the immune system towards increased tolerance”. Now let’s go more into practical detail.

In what order should solid and semi-solid foods be introduced during weaning?

Normally the first meal is made up of vegetable broth added with meat baby food and gluten-free cereals (rice, corn, tapioca). In that same period, fruit is also slowly introduced (apple, pear, banana). The next phase can include a meal of pureed vegetables with cheese instead of meat. From the sixth or seventh month, there is a gradual and soft introduction of fish, new meats and other solids. Yogurt can substitute midday and afternoon milk snacking.

How should we behave with foods that are considered allergenic? Should we delay introduction of bread and pasta (which contain gluten) as well as fish and eggs?

Introduction of cereals containing gluten is commonly suggested starting from the child’s sixth month, although more recent literature does not show benefits of late introduction of gluten in in terms of this protecting against developing celiac disease. As far as allergenic foods, current literature is equally not unanimous in terms of need for delaying their introduction in the infant’s weaning diet. Normally however it’s evident that a slow approach to introducing allergenic foods allows for a better development of the gastrointestinal tract.

What foods should be avoided?

During weaning there are certain foods that should be avoided, like for example honey. Even if it is one of nature’s most healthy and energetic foods, it is best not fed to children under 12 months because honey can be contaminated with spores of Clostridium botulinumwhich if ingested, produce a toxin that’s absorbed intestinally and that can cause a nervous system paralysis. During weaning foods should not be added with salt or sugar. A seasoning adjustment can happen later and avoid later conditioning and exposition to possible collateral effects like arterial hypertension and obesity. Cow’s milk is furthermore to be avoided during weaning because it contains high levels of protein and minerals which can overburden the kidneys. Furthermore, high concentration of proteins can procure negative metabolic repercussions, increasing the risk of developing overweight and obesity at a later age. In addition, cow’s milk presents a low amount of iron and can cause irritable bowel syndrome and cause small blood loss in the infant.

On the base of Professor Gian Vincenzo Zuccotti’s advice we asked chef and mother of Azra (Armenian name that derives from the Arabic term for “virgin”) to create a recipe for us. “According to my mother’s stories, when I was an infant I ate loads of rice milk, now that would be a sin! Even if my little girl is only seven weeks old – and in this phase I am very careful of what I eat – I’m already thinking about her future weaning. Surely my main concern will be making her taste the typical flavors of my Balkan background, aromatic herbs and spices, which also happen to possess antiseptic properties”. Future mothers take note and seek the aid of kitchen robots like Bimby “which is useful in making homemade baby food”. Otherwise you can use a specific baby food maker or a regular blender.

40/50 g lamb, later to be progressively substituted with other meats, in the following order: rabbit, veal, beef, turkey, chicken

In the meantime cook the meat in a pressure cooker with enough bottled water to cover and add the bay leaf. From when the pressure cooker starts to whistle, cook for 60 minutes. Turn off the heat and allow to cool for 30 minutes.

Blend the shredded meat in the Bimby at max speed setting the heat to 80° C, for 2 minutes. Reduce speed, while homogenizing the meat at 80° C for 15 minutes.

Mix the meat with the tapioca and drizzle with the olive oil. Serve the baby gourmands.

The chef’s advice is making larger batches by multiplying above mentioned quantities and refrigerating in pasteurised jars for several meals. The broth, on the other hand can be “recycled” for the grown up's dinner. As months pass spices can be slowly introduced, starting with aromatic herbs and vegetables for seasoning.