Food and film. Breakfast at Tiffany’s: the croissant and the unmistakable elegance of Audrey Hepburn 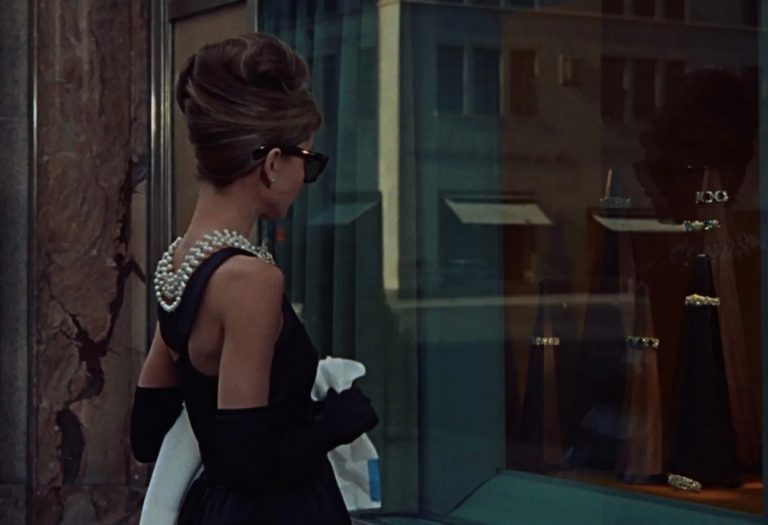 It portrayed the jewelry store on Fifth Avenue and consecrated the myth of Hepburn with her masterful interpretation of a unique Holly Golightly. The breakfast in the title, is in actual fact only seen once, in the croissant scene: here is the food of the film by Blake Edwards.

Breakfast at Tiffany's and the myth of Audrey Hepburn

Blake Edwards casually tells the story of Holly Golightly and her Cat, an unnamed cat that belongs to no one, just like her. The same dreamy and naive tone that is also found in his other works (such as the series "The Pink Panther") yet the plot of the 1961 film inspired by the Truman Capote novel has won the hearts of viewers especially thanks to the final tear jerking kiss scene in the rain, to the tune of Moon River by Henry Mancini and Johnny Mercer, original song that earned the composers an Oscar and that has entered by right among the most romantic music in the history of cinema. The same that the young and penniless Holly plays on the balcony while her neighbor Paul Varjak (George Peppard) listens to her enchanted. Smart, fashionable and worldly, elegant in an irresistible way: if the film has been so successful, the merit is above all of the sophisticated Audrey Hepburn, a timeless diva who in her Givenchy dress - the same for all the scenes of the film, auctioned for more than $570.000 - her jewelry and unmistakable attitude that she manages to keep even as she bites into a croissant looking into the jewelry window (in the only scene that represents an actual Breakfast at Tiffany’s) has become a style icon for generations. 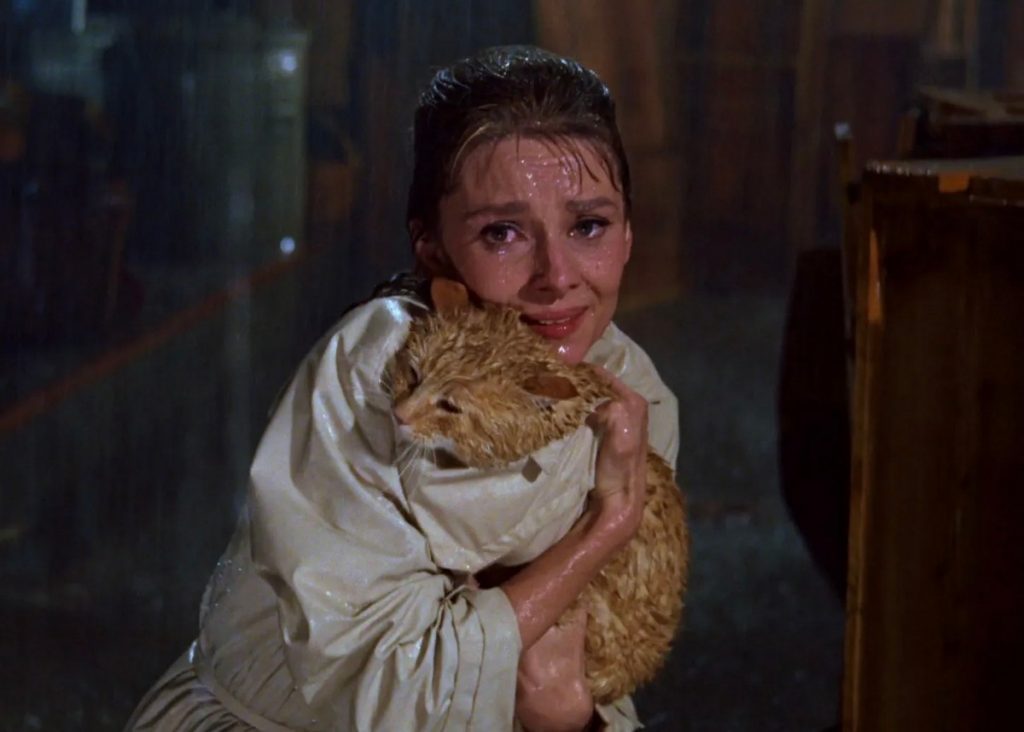 Tiffany, tantrums and the character of Holly Golightly

Tiffany, her place in the world, the only one for a long time. The ideal refuge for when she's overcome with tantrums, that sudden "fear of who knows what": a feeling of sudden and irreparable anguish, that only a place like a jewelry store can appease, a place where "nothing bad can happen" and not for jewelry "that I don’t like, except the brilliant, of course...". And to think that Capote, the author of the novel, was angry because he had imagined Marilyn Monroe in the title role. That sweet and cynical woman at the same time, unruly and stubborn, wild, seemingly free but trapped by her fears, instinctive but measured in every choice. Charming as only few can be, with the punctual interpretation of Hepburn, Holly Golightly dictates the rhythm of a captivating film that's ironic, romantic and sometimes contemptuous, between parties, glasses of wine, the inevitable cigarette in the cigarette holder and "tips for the toilet". From princess Anne in "Roman Holiday" to woman who claims her autonomy by collecting money accompanying her "worms" and "superworms", in Edwards' film the actress offers a different image: not a femme fatale and not even an eternal Lolita, neither holy nor sinful. Only a disenchanted and uninhibited girl, composed and without double ends, if not those - declared - of getting the money she needs, to the point of accepting a marriage proposal sans feelings. An avant-garde character for the 1960s, who, as American author Sam Wasson writes, "has forever changed the way women could and would be represented in the media." 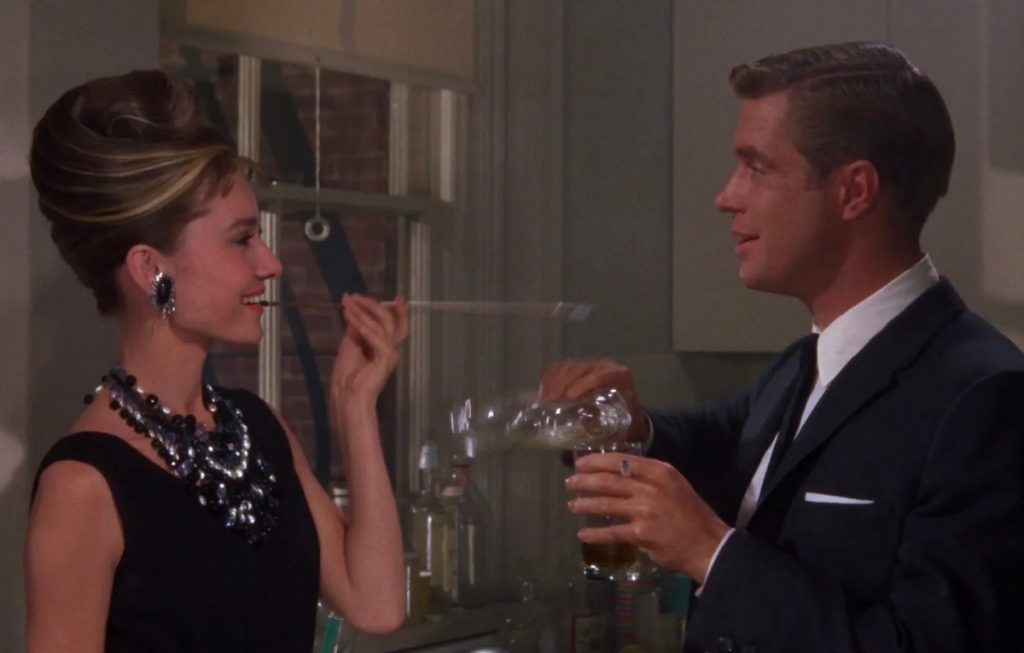 Moon River (and me) and the croissant

It opens and closes the film, Moon River, the song written especially for Hepburn, calibrated on her vocal extension, and strongly desired by the actress. A song for dreamers, lovers of love, that sentimental touch that emerges forcefully from the protagonist who is seemingly cold and insolent, in the scene in which her neighbor in love catches her singing with nostalgia in jeans and T-shirt, for once without jewelry or hats, fashionable clothes and artifices. And then the final scene in which he finally manages to embrace that part of himself remained buried for so long, after the last heartbreaking act of rebellion that makes her abandon Cat along the way, that free and autonomous animal in which she wants to recognise herself at all costs, and that in the end, after crying desperately in the rain, finds there waiting for her. Maybe, or perhaps just taking cover from the downpour. But it was there, and so was Paul, and for the first time Holly, too. A happy ending very different from that of the book, but that works in the film because it closes a circle, completing the evolution of the character. 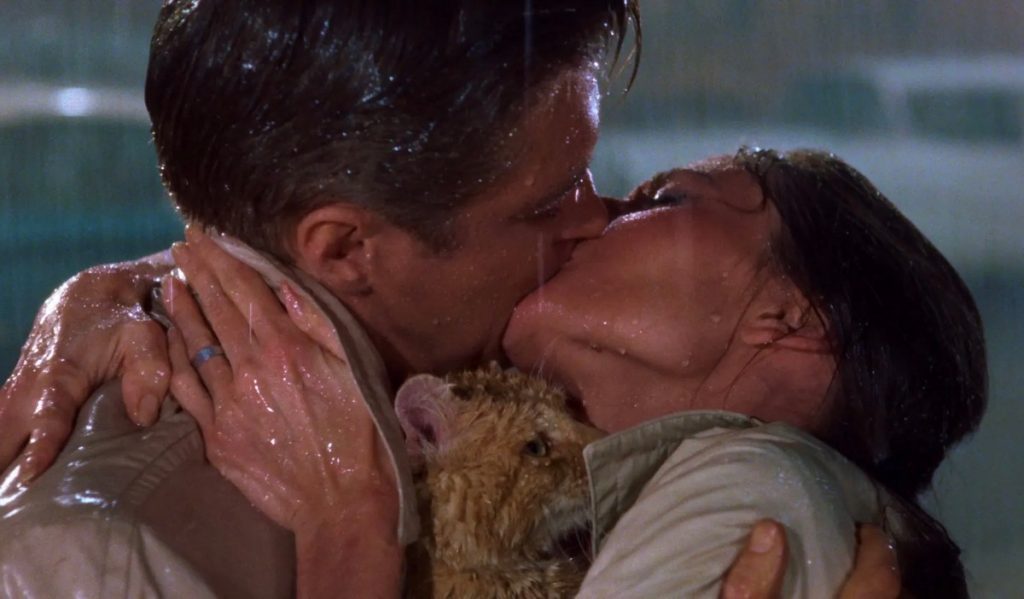 History of the croissant

Also to the rhythm of Moon River, the film begins by showing Golightly on Fifth Avenue having breakfast after a night of partying, with her croissant. The symbol of French pastry, the croissant has its origins in Austrian culture: folk tales maintain that it was created to celebrate the heroic feat of Viennese bakers who, waking up in the middle of the night to work, in 1683 gave the alarm of the siege by the Ottoman troops. Once the Turks were defeated, the Viennese decided to celebrate with a cake that had the shape of the symbol of the Turkish empire, the crescent moon (croissant in French, literally means crescent). But a true myth has been created around the pastry: other stories trace its birth back to 1839, when the Austrian artillery officer August Zang founded the Boulangerie Viennoise in Rue de Richelieu, 92 in Paris. Here, among the many specialties, the scene was dominated by kipferl, a stuffed pastry studded with walnuts considered by many historians to be the ancestor of the croissant. Regardless of the origin, the first written testimony of the pastry dates back to the mid-19th century, in the volume "Des substances alimentaires," and then again in the "Dictionnaire de la langue française" of 1863, while the first recipe arrived only in 1906, in the "Nouvelle Encyclopédie culinaire."