Food and Cinema. The charlotte russe cake in Once Upon a Time in America and the magic of Ennio Morricone 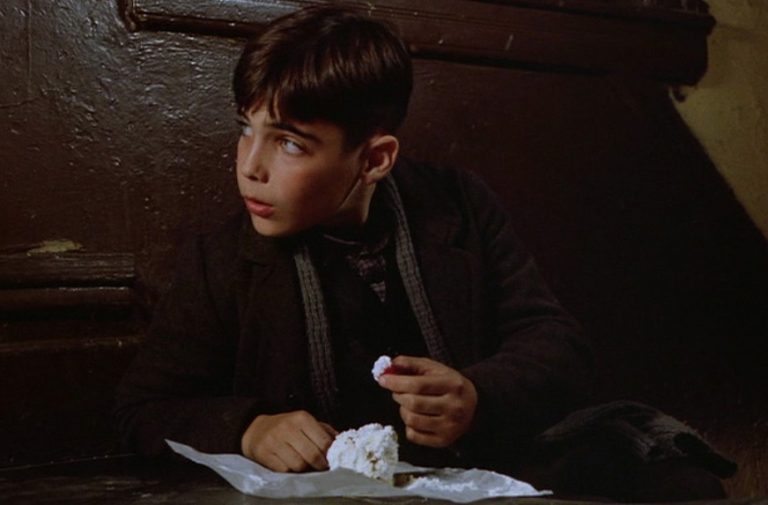 Buying a 5-cent cake was madness for a young man from the Bronx in the 1920s. However, the instinct of the Patsy character gave us one of the most famous food scenes in cinema: anecdotes and curiosities about the charlotte russe cake in Sergio Leone's film.

Once upon a time in America and the importance of time

"I'm convinced that I created "Once upon a time in my cinema", rather than "Once upon a time in America." Who better than the director himself to enclose in a handful of words the deeper meaning of one of the most talked about films in the history of cinema? "Once Upon a Time in America" ​​was initially a flop, then re-evaluated by critics, especially after the release of the final version in which 26 minutes of footage, scenes and moments set were artfully re-edited in. That which gave life and soul back to Sergio Leone's film, the third chapter of the so-called "Time Trilogy" (preceded by "Once upon a time in the West" and "Giù la testa"), that fundamental time in history, an pivotal element around which the film revolves, and which is unanimously considered a "film about gangsters", but which perhaps tells something more. An era, nostalgia for the past and the fear of an uncertain future, in a time that passes quickly and then decelerates, giving way to an at times exhausting indolence, in which every moment crystallises. It is no coincidence that the most famous quote belongs to older Noodles played by De Niro, who, when asked "What have you done all these years?", he replies: "I went to bed early". The charlotte russe cake in Once Upon a Time in America

Time passes slowly, until it stops completely, even in one of the most famous cinematographic scenes that represent food: the difficult choice of Patrick "Patsy" Goldberg, who buys an expensive charlotte russe cake with whipped cream for the prostitute Peggy, who however will never receive the cake. Accompanying every step is always what is probably - or at least for all fans of the genre - the real protagonist of the film: the music. The soundtrack was created by the genius of Ennio Morricone, who with Leone's films gave life to some of his most beautiful compositions ("The good, the bad and the ugly" or "Once upon a time in the West'', to name a few). So much so that it became, together with the director and actor Clint Eastwood, a symbol and synonym of the spaghetti western genre. The opinions of the experts continue to be different on the film, but the music makes everyone agree. It is what frames the story, traces its boundaries, marks an endless time, elevating it and making it immortal. The notes also accompany Patsy during his choice: young Peggy had promised him "anything you want" in exchange for a charlotte russe cake with whipped cream, which the boy absolutely loves. In the pastry shop he buys the most beautiful cake of all: "What?! The 5 cent one?" The boy says, "Of course, she wants it with whipped cream." 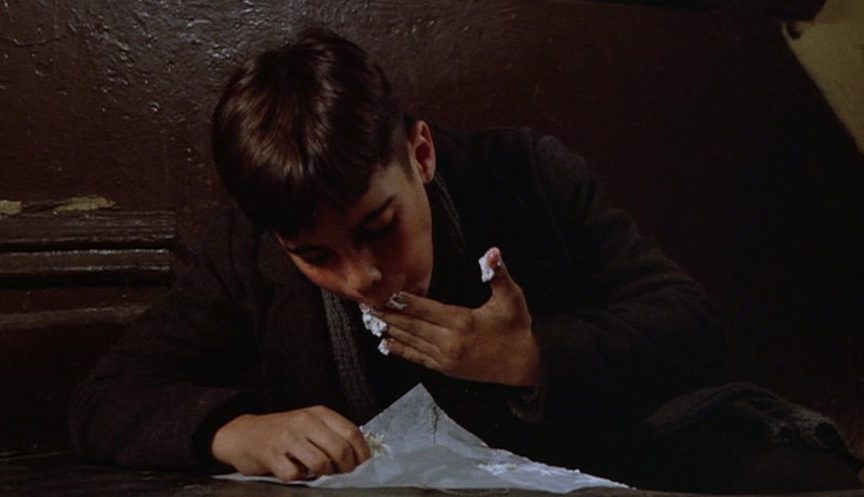 The charlotte temptation and Patsy caves

The young man is enthusiastic, but Peggy is busy taking a bath when he arrives in front of her house, so he is forced to wait. Resisting the temptation is tough, but Patsy works hard. He sits in front of the front door, starts unwrapping the package, sticks his finger in the mountain of whipped cream and tastes just tuft. The music, meanwhile, becomes more and more melancholy, it becomes almost heartbreaking, a torment that grows in tandem with the boy's dilemma. He closes the package with difficulty, then opens it again, takes off the cherry topping, puts it down again. Very slow and insecure gestures, which betray the naivety of the offender who is still a boy, and the hunger that wins over everything, even over the sexual desire of a teenager. Hunger as a primary instinct, which guides men in all their actions. After lingering for a long time, continuing to touch the edge of the cake, he also eats the cherry, and then gulps it all down impetuously, without stopping. Again the deceptive, and sarcastic enemy, time: the charlotte cake is finished and Peggy comes out. The music cuts off sharply, but softly. No sudden blows, just the natural end of a moment. How it was meant to be like this and that cake would never make it to Peggy. 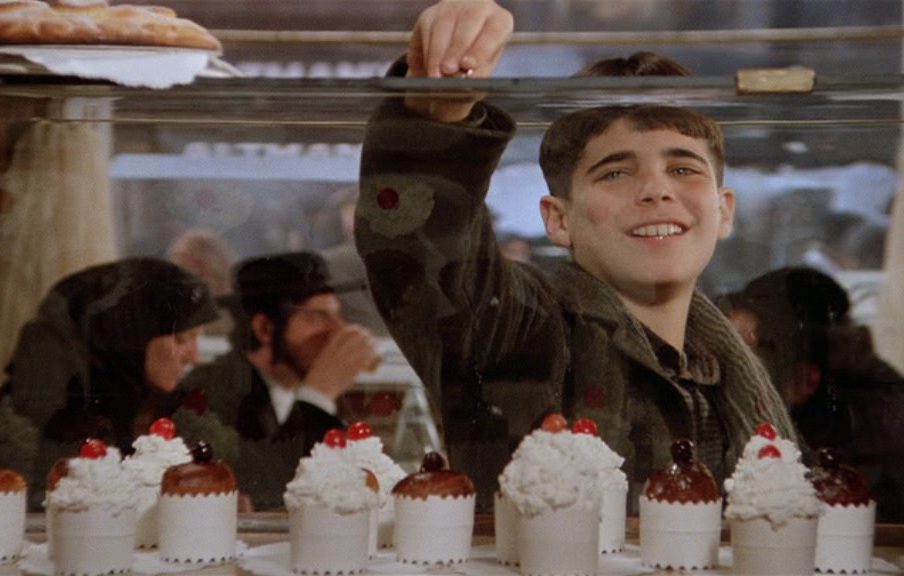 The story of the charlotte cake

The cake desired by the prostitute was a Russian charlotte with whipped cream, but there are actually many other charlotte cakes. The dessert in the film, however, would seem to be an invention of the French chef Marie Antoine Carême - famous for having worked at the court of many kings and for having contributed to the birth of haute cuisine - who named the cake in honour of Tsar Alexander I. (original name is Charlotte russe). In the early decades of the 20th century, the dessert was popular in New York bakeries, especially in its smaller version: a paper mould holding a cake covered with a lot of whipped cream and a cherry on top. A specialty consumed mostly by the bourgeoisie, considered elegant and refined, almost always surrounded by a round of ladyfingers. There are many variations available today, all born from the talent of Carême, even if a dessert with this name already existed in England, born as a tribute to Queen Charlotte, wife of King George III, but it was more like a pudding.

The recipe for charlotte russe cake with whipped cream

We don't have the original recipe, but the base for classic charlotte is the same anyway. To faithfully reproduce the one in the film, just add plenty of fresh whipped cream and a red candied cherry.

For the pastry cream

Start by making the pastry cream: boil the milk (keep half a glass aside) together with the lemon zest and a pinch of salt. Collect the egg yolks in a bowl and, with a wooden spoon, work them for a few minutes with the sugar and sifted flour. Dilute the mixture with cold milk and, stirring constantly, pour in the hot milk. Pour the cream into the milk saucepan and put it back on the heat. Adjust the heat to half, stirring constantly, cook the cream for a few minutes, until it thickens. Once cooked, pour the cream into a bowl to let it cool. Arrange the ladyfingers at the base of a springform pan and lightly wet them with milk to soften them. Add the ladyfingers also on the edge with the sweetened side facing outwards. Pour the cooled off pastry cream and cover everything with tufts of sweetened whipped cream. Add the cherry and refrigerate.