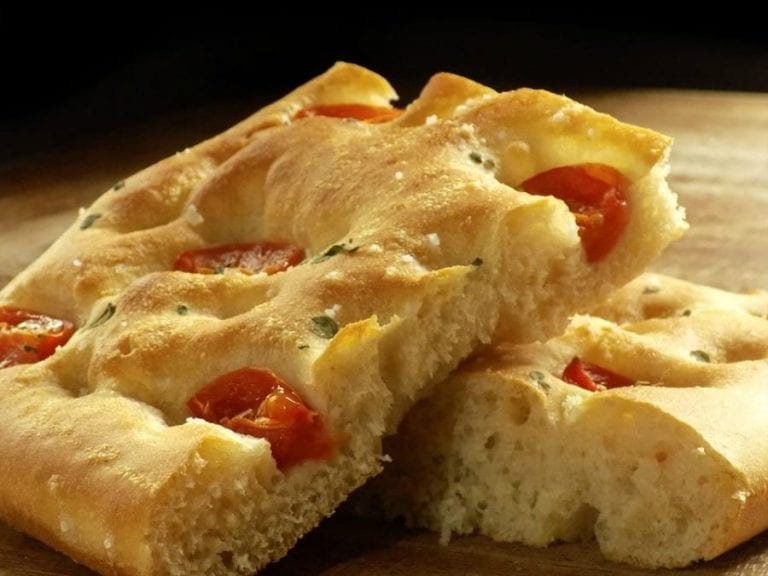 Corn pizza with soup, krese, fiadone, pizza scimia, these are only a few examples of the typical Molise focaccia tradition. Here are the best Molise baked products, tasty in their simplicity, plus a recipe shared by the Di Riscio Euro baker in Belmonte del Sannio, in the Isernia province.

Molise is a land of cheeses, cured meats and wholesome flavours. The local cuisine is robust and rich, and boasts a large variety of indigenous products. Regional tradition includes typical corn-based breads and focaccias. The heritage corn variety is Agostinello (an ancient plant that’s been recently recouperated from oblivion) and whose dough is mixed with wheat flour, potatoes and much more. Here are (almost) all the focaccias of Molise, plus a recipe shared by the Di Riscio Euro baker.

This is one of the Italian Appenine’s most ancient recipes. Fiadone is an Abruzzo and Molise traditional bread that’s prepared around the Easter festivity. The flour, egg, olive oil and wine-based thin layer of dough is filled with cheese. This is the classic version mostly forund along the coast, in the hinterland it is more commonly baked in a sweet version, studded with sultanas and candied fruit. The cheese used in the savoury version is either Pecorino or ricotta, which are usually mixed with eggs and spices filling round pockets.

Many bakers and pizzerias are committed to salvaging ancient traditions and repurposing recipes of the past. As it often happens however, the more common preparations are the less complicated, homemade ones, and made with very few ingredients. In addition to the famed mais focaccia (see below), one of the most commonly baked family pizzas is the potato focaccia. The dough is a base of flour, yeast, water and boiled potatoes. This ingredient assortment is common all over southern and central Italy, with personal interpretations throughout. In Molise, the flatbreads are often topped with two very simple yet tasty ingredients: onion and fresh tomato. This is the recipe shared by the Di Riscio Euro bakery in Belmonte del Sannio, in the Isernia province.

In the town of San Felice del Molise, in the province of Campobasso, the most common focaccia has Slav origins. At the beginning of the 13th century, the small hamlet was occupied by a Dalmatian colony. To this day the area is known for this special preparation, which is simple and delicious. Krese is a flatbread normally prepared for the feats of Sait Joseph (June 24) topped with fried onions and anchovies. The resulti s a crisp and thin delight that’s perfect for a tasty snack or antipasto.

“Assettata” means seated in dialect, and that’s because the bread does not use any yeast. Seasoned with fennel and chilli pepper, the thin flatbread is made with flour, water and extra virgin olive oil. It’s excellent paired with local cheeses, in particular with a local caciocavallo produced since ancient times in the areas of Agnone, Capracotta and Vastogirardi, near Isernia. It’s also commonly eaten with stracciata, a fresh stretched curd cheese made with cow’s milk whose delicate flavour is in perfect contrast with the spiciness of the pizza.

Made with pork fat, ciccioli (cicoli, in dialect) pork cracklings are the star ingredient of one of the region’s most appreciated focaccias. Preparing ciccioli is still a very popular ritual in the Molise countryside, one that begins with the slaughtering of the pig and ends with the fire-drying of its fatty parts. Proper of all farmer traditions, quantities and methods vary from town to town, and from family to family. The dough is soft and entirely covered in ciccioli, which is the only topping. This focaccia is normally paired to cheese and cured meats.

Corn focaccia is the most traditional of the Molise flatbreads. It is a humble bread, one that was traditionally “sotto la coppa”, that is under an iron lid covered in burning coal embers. The pizza is topped with vegetables and boiled pork meat, buti t can also be eaten as is, along side local cheese and cured meats. Another popular way of enjoying it is with soup: a a vegetable and pork offal broth added with soft bits of torn pizza and scattered ciccioli.

This is another recipe that Molise shares with its neighbouring region Abruzzo. Pizza scimia is a focaccia made with leftover bread dough, extra virgin olive oil and wild fennel seeds, baked in a wood-stoked oven. Classic local pairing is with a rich salami called Signora di Conca Casale, once reserved only for upper class made by the ederly women of Conca Casale, near Venafro and Isernia. Traditionally made with pork loin, shoulder and fatback, the modern salami recipe also includes parts of the sirloin and the leg. The flavour of the cured meat is round and perfectly complements the crisp and savoury character of pizza scimia.

Mostly popular in Alto Molise and shared with neighbouring Abruzzo, fried scrippelle are enjoyed both in sweet and savoury variations. The dough is made with a mix of flour, salt, yeast and water. Long strips of rolled out dough are golden-fried and seasoned either with sugar or salt, and eaten piping hot. The simple peasant recipe is commonly made during the Christmas period, and represents the conviviality of family and farm life in the holiday season. To properly fry the scrippelle, in fact, two people are needed, one cutting the strips and one frying immediately.

Boil the potatoes and once cooled down mash and mix with flour and water. Add a pinch of salt, the crumbled yeast and knead to obtain a satiny ball of dough. Let the dough proof for 1,5 hrous in a warm place away from drafts.

Grease an oven tray with olive oil and roll out the dough in it. Top with slivered onions and halved cherry tomatoes. Dust with oregano and season with salt and a thread more olive oil. Bake in a static oven at 260°C for approximately 25 minutes. 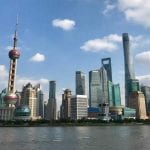