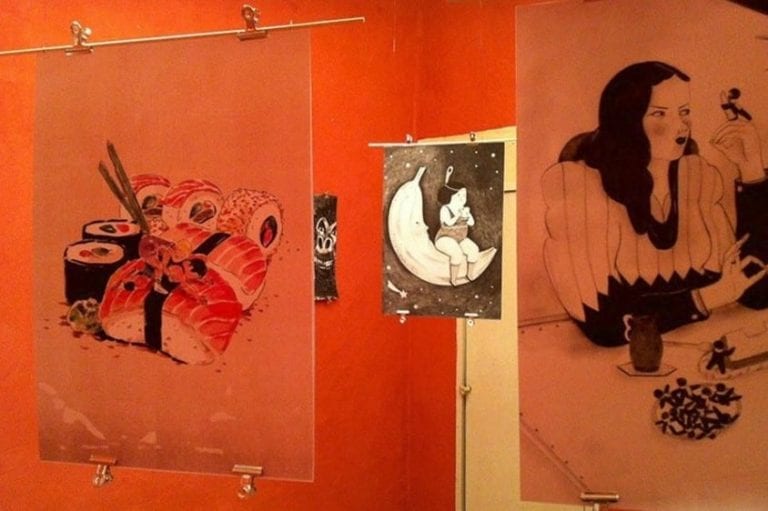 A fanzine on food and magic, travel, remorse, love, kitsch: a project by Alessandra De Cristofaro and Irene Rinaldi.

Fanzines (contraction of  “fan” and “magazine”) is a niche print periodical for fans and connoisseurs in a certain field. Fame, or “hunger” in Italian, indicates the appetite and everything related to it. Intended as Steve Jobs hunger. Fame Fanzine, is a magazine on food created by two illustrators: Alessandra De Cristofaro and Irene Rinaldi. 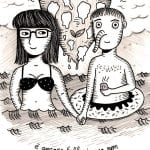 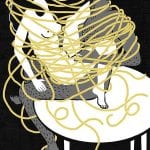 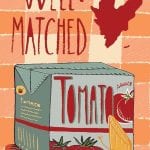 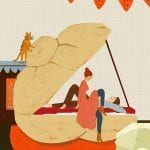 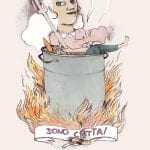 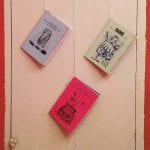 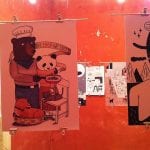 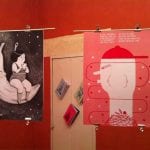 Alessandra, born in 1982 in Lecce, moves to Bologna at age 19 to enroll in the Art Academy “Accademia di Belle Arti”. Her career as an illustrator continues in Hamburg, broadening her knowledge and working in a children’s book publishing company. Irene is from Rome, born in 1985. After graduating high school she attends Europeo di Design school and becomes interested in craft printing and letterpress. Cut to 2014, when the two decide to give life to their project. “We’ve always been attentive in regards to food and flavour. We like the idea of talking about it in our own way, with no limitations, and with a different approach. Food is sometimes approached as an untouchable divinity. In that regard we wanted to instead be a little blasphemous. We wanted to bring it back in to spontaneity, back to the gut”. In addition to this, the need for an editorial expression that could be free from economic restraints and mainstream distribution: “We agreed on making the project flow into a fanzine. Then we started thinking of a possible name. No doubt there: the word “fame” for hunger was perfect because it goes well with the word fanzine, and because it leaves room for diverse interpretations”. Once the name and editorial project outlined, the two women got to work.

Forty-eight Xeroxed pages, colour centrefold, cover was initially serigraphic. All of this bound with metal staples. Fame is a deliberately “self-produced” fanzine and purposely goes against all graphic principles: “The first issues of Fame Fanzine had a serigraphy print cover – we did this intentionally. It represented the freedom to print on whatever surface we wanted, and the freedom to print it in-home and by ourselves. According to the punk philosophy of DIY and refusing the canon of distribution labels”. In the same way, the duo avoids the distribution dilemma. They print only 50 copies and increase the number on demand. This avoids them waste and allows anyone the freedom – see a pattern here? – of printing their own copy at home simply downloading it for free. “Our goal for Fame Fanzine is surely not making a profit from it. At least for now! It rather represents a happy place free from deadlines, absurd requests and difficult clients”. Self publishing and self producing also means investing in proportion to the time needed to put an issue together, and a sale price of 3 Euro, which is invested in the printing of the upcoming issue.

Each issue will have a leit motif developed by a number of contributing illustrators, journalists, writers, photographers and comic book illustrators in total freedom of technique and content submission. Topics addressed will be travel, magic, remorse, love or sense of kitsch. So amid croissants, magic potions, bananas that double as moon crescents, honeymoons and a good dose of irony, there will be space for recipes developed by Camilla Pistacchi, chef of a fantasy vegetarian restaurant, as well as guest contributors of the fanzine, “for the issue on magic a herbalist gave us a recipe for “flight” clearly a potion with hallucinogenic properties. Friends from Cilento who focus on rediscovering forgotten local foods (Fichi e Alici), gave us the recipes for their liqueurs”. That, come to think of it, are magic potions.

Food, aided by graphics and illustrations, creates for each issue new synergies with the most diverse topics. “We like to short-circuit food with other topics of discussion. In addition to this, the choice of different subject matter helps us select contributors in total freedom”. Among these are popular graphic art illustrators like Alice Socal, Marta Baroni, Misstendo, Cristina Portolano. In addition to Daniela Tieni, Soniaqq, Marco About. These artists are brought on-board with the spirit of an informal dinner invitation. “Initially we asked friends to participate, then little by little we opened the circle. The way we have collaborations set up is always the same, though. When we ask someone to submit a piece we ask him or her to feel free to contribute something out of the ordinary. They can submit anything that can express something new, without any sort of editorial guideline except the issue’s current theme”. This freedom is what pays back fro the free contribution. Obviously Alessandra and Irene do all the editing: “We’re very attentive to publishing something linear and accurate content, in the full respect of other people’s work. Editing is our act of love in regards to whomever is walking our same journey”.

We asked Alessandra and Irene for dining musts, in their hometowns: Rome and Lecce. “Pigneto Quarantuno in Rome in the Pigneto neighbourhood and vegetarian bistro Etiko Bottega in Lecce”. You’re vegetarian? “You nailed it! But we ethically respect everyone’s shopping bag, carnivores included”.