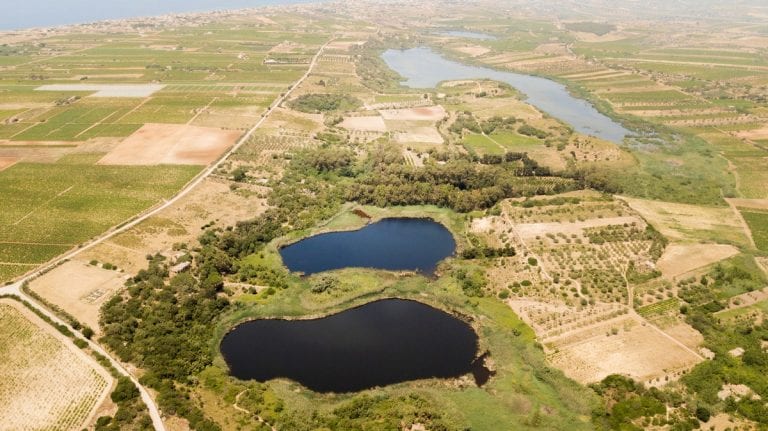 Gorghi Tondi is the name of the three circular lakes (Gorgo Alto, Medio and Basso) that have developed over time through an erosive geological phenomenon. Here's the history of the Sicilian winery.

A surprisingly fascinating landscape, in the Mazara del Vallo countryside that opens up to the Mediterranean. Gorghi Tondi is the name of the three circular lakes (Gorgo Alto, Medio and Basso) that have developed over time through an erosive geological phenomenon called karst, which has “dug” the ground, creating cone-shaped craters, which then gradually filled up with rainwater and with water present in the underground aquifers. And it is these three lakes that give the name to the company of Annamaria and Clara Sala, two sisters who have decided to continue a long family tradition. “The company was founded in the early 20th century thanks to the purchase of the current company vineyards by our great-grandparents, belonging to a historic wine producing family,” says Annamaria. “In the countryside of Mazara del Vallo they sought the optimal conditions to produce, at the time, the best grapes for the production of Marsala wine. Dora, our great-grandmother, was a powerhouse and strong-willed woman, unique for the time. She is a great inspiration for all the women who succeeded her in the company, her daughter-in-law Agata, her niece Doretta, our mother, and currently, the two of us. An all-female guided business for four generations.”

Most of the company’s vineyards are located within the WWF Nature Reserve “Lake Preola and Gorghi Tondi,” an area characterised, on the one hand, by the humidity of the lakes, a naturalistic and biodiversity oasis; on the other hand, for the proximity of the Mediterranean Sea, which is really not far away, and which guarantees constant ventilation and the presence of salt in the air. The many hours of sunlight complete the picture of a magical area: “Being within a protected area – Clara explains – we are forced to work harder and better for vineyard management, resorting to little or no invasive practices to safeguard biodiversity over time, such as conservative pruning or preventive pest monitoring. But all this repays us in a more than satisfactory way, since it gives us the advantage of bottling very recognisable wines, which reflect the authenticity of a pristine place that’s also strongly characterised by the elements.” There is no shortage of experiments, activities that the company carries out continuously: among the latter we mention the wines made from 100% frappato and nerello mascalese grapes, or the wines of the Contrade Line, produced without the addition of sulfur dioxide; in addition, the vineyard park is growing: new plants have been added to expand the presence of native grape varieties. Lastly, the winery is in the foreground concerning the certifications, in addition to the organic one obtained in 2016, the winery received certifications on food safety and environmental management. “We are also planning to promote the Mazara del Vallo area together with other local players, including other production chains, to promote their respective excellences, which are partly still unknown: the historic centre of Mazara del Vallo with the Cathedral of the Holy Saviour, the so-called “kasbah,” the ancient bronze statue dating back to the 4th century B.C. portraying the “Satiro Danzante,” the archaeological parks of Selinunte and Cave di Cusa; plus the large fish market and its products such as the iconic red shrimp, our couscous, but also our scenic wonders such as the spots of Puzziteddu and Capo Granitola, destinations for kite, surfing and windsurfing enthusiasts.” 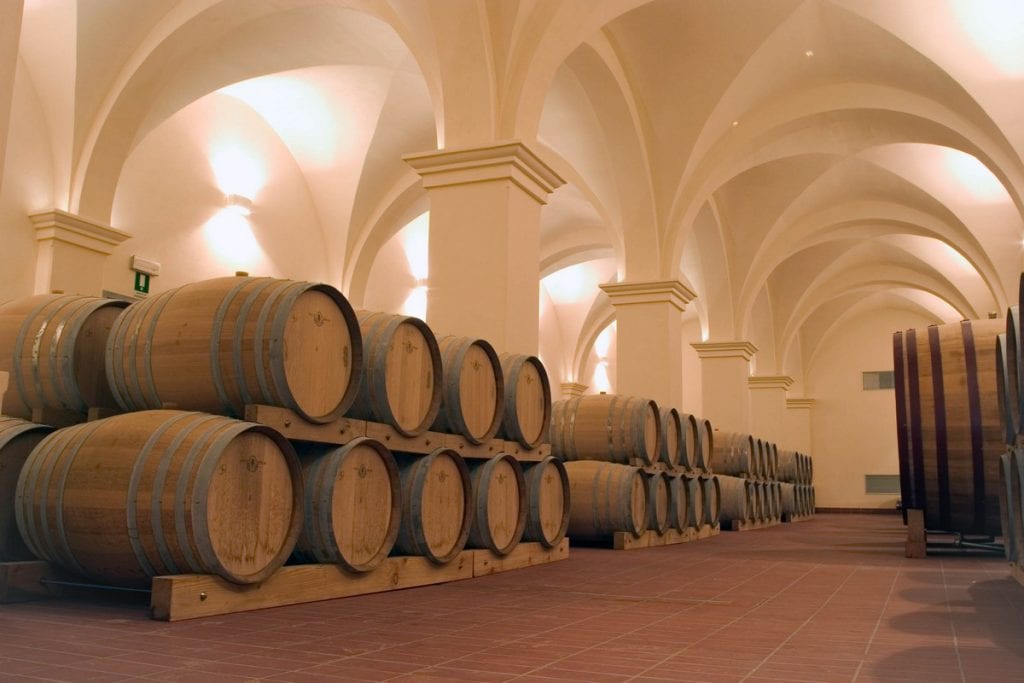 The 130 hectares of Gorghi Tondi vineyards give life to a vast and articulated range: the five Crus, three sparkling wines, the fresh and young Maioliche, the Territoriali and finally the aforementioned Contrade. During the tastings for Vini d’Italia 2021 we were pleasantly impressed by Sorante ’17, “the most mature and elegant expression of our Nero d’Avola” is aged for 12 months in second passage barriques, it has a well-defined varietal nose with notes of capers and mulberries; in the mouth it is round, juicy and persistent.

Dumè ’19 is also very interesting, a frappato that Clara defines “our personal interpretation of one of the emblematic grapes of Eastern Sicily,” for us it’s a confirmation, thanks to the fresh and fragrant sip that goes perfectly with Mediterranean dishes such as the eggplant parmigiana or the sardine meatballs. We close our short review with a white, the Kheriè ’19, grillo grape with elegant aromas of flowers and white fruits, pleasantly savoury, very pleasant: here pairing couscous, with fish or vegetables, is mandatory. 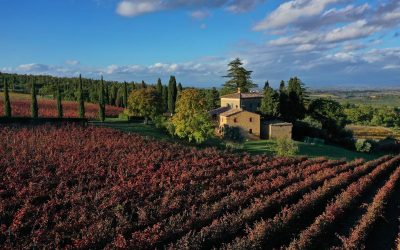