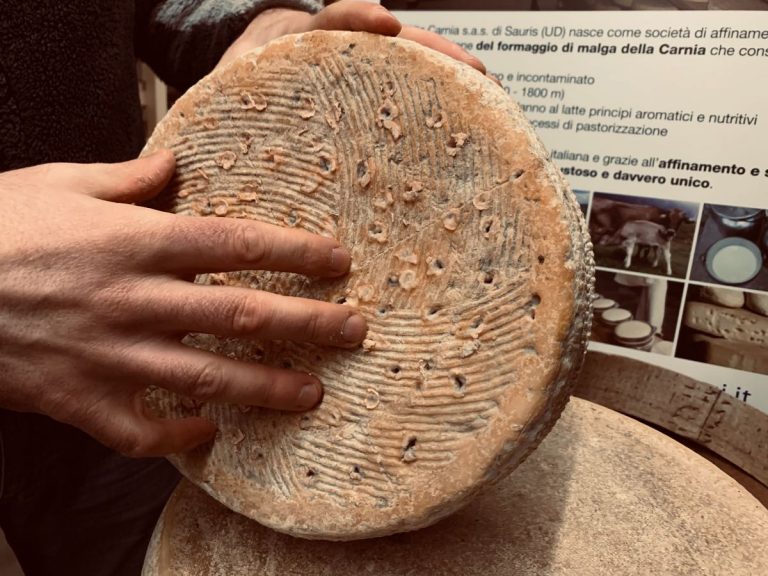 In the small village of Sauris, at an altitude of 1,200 meters, there is one of the few companies specializing in the affinage of raw milk cheese, whose echo has also reached haute cuisine. The name is Malga Alta Carnia and its creator is Sebastiano Crivellaro.

The Germanic influence can still be heard in the voices that travel the impervious and narrow streets of Sauris, a small village in Carnia which, since the year 1200, has stood out over the Lumiei Valley, wedged in the embrace between Austria and Friuli-Venezia Giulia. And the dense weave of Saurian history – of falls and rebirths – continues to withstand the passage of time, also in the architecture that defines the town, in the hamlets labelled as located “above” and “below.” For years, Sauris has comforted the fears of soldiers and people fleeing from war and plague, who lived up there in silence, isolated from the merciless vicissitudes. And despite industrialisation, which began at the end of the 19th century, leading to a generic depopulation of the mountains, the Saurian community is one of the few that has not “crumbled” au contraire, thanks to the spirit of unity it has expanded, giving life to profitable – and well-known – commercial activities such as Prosciuttificio Wolf, prosciutto manufacture, which nourish the local economy and, at the same time, guarantee the survival of what has been defined as the “Authentic Hilltop Village of Italy;” a handful of small artisan businesses that, over time, have attracted new “work minds.” 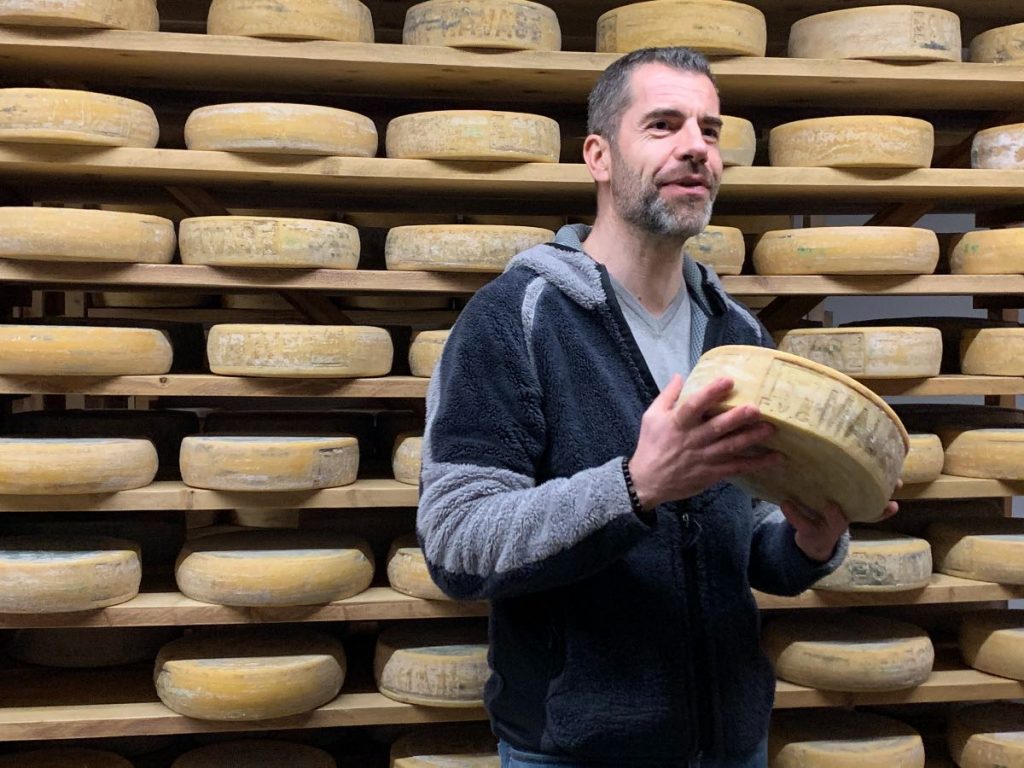 The story of Sebastiano Crivellaro

This is the case of Sebastiano Crivellaro, Friulian by adoption, who gave Sauris voice, form and substance to his greatest and early passion: the affinage of cheeses, or the process of maturing and enhancing cheese. He was a teenager when, together with his father, raced across Friuli to visit local farmers and buy their specialties. And in the trunk of the car, often were not only fruit and vegetables but also some cheels of cheese, coming from the many high elevation summer pasture dairies that still support the mountains of Carnia today. These were wheels that were then placed in the basement of the house, where they rested for several weeks. After a few tastings, Sebastiano realised how time “sculpted” the aromatic and gustatory profile of those cheeses, attenuating some notes and amplifying others.

Thus, starting from what at first may have seemed only a simple observation, he developed the idea of ​​specialising in the maturing and refining of high elevation summer pasture cheeses, giving life to Malga Alta Carnia, which launched in May 2003. But as happens with any good initiative, the pitfalls did not take long to appear. In fact, most of the mountain cheeses are made from raw milk, that is, just milked. This means that the milk is made into cheese at a temperature of only 38°C – roughly corresponding to the body temperature of milk cows – and therefore does not undergo pasteurisation. 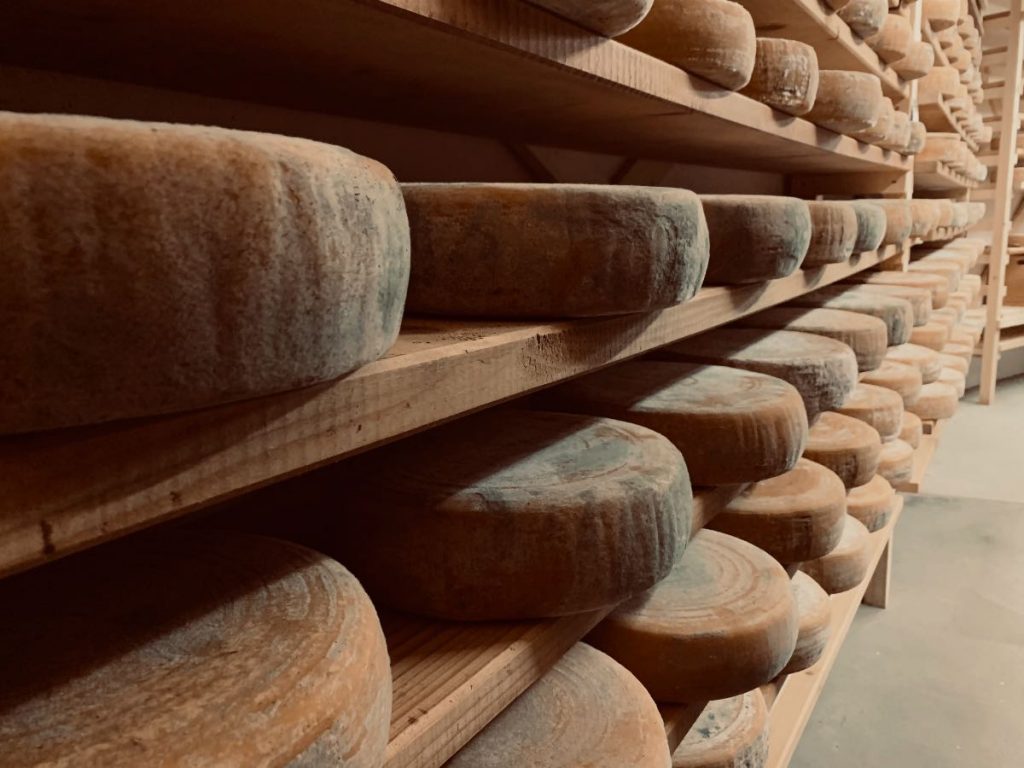 The pros and cons of raw milk cheese

If on the one hand, this extraordinary and ancient cheesemaking technique allows all the organoleptic and nutritional properties of milk be kept unaltered, on the other hand it implies the presence of “live” products, whose evolution is driven by native bacteria, which are difficult to “tame.” This is the reason why, for many years, raw milk cheeses were consumed in the short, if not very short period, on average after the first 2-5 months of maturation. Not all raw milk cheeses, in fact, are suitable for aging and manage to overcome the coveted 12 months of aging. Only a small part of them, around 30% complete the full cycle.

This is a “bet” in which Sebastiano strongly believed, despite the inevitable difficulties of every new beginning, with the ambition of honouring the work of the shepherds, custodians of rare knowledge. Thus in a small cellar dug three meters deep, starting from an old stavolo – the analogue of a Trentino farm stable – dozens of cheeses rest, each at a different stage of maturation, arranged on fir wood planks, which release pleasant balsamic notes into the air and, at the same time, allow transpiration.

Here, the maturing takes place naturally: the humidity that permeates from the ground above never drops below 80% while the temperature fluctuates between 6° and 17°C, following the cycle of the seasons. However, despite the favourable environmental conditions, supervision of the affineur is necessary to avoid unwanted microbial and enzymatic mutations that could compromise the final result. Sebastiano, for that reason, checks his wheels daily, performing a complete check-up: he evaluates the presence of any cracks on the rind, strange “spots,” etc… A meticulous activity, which requires a fine sensory ability and allows to distinguish the wheels more suitable for aging from those which, on the other hand, are not and therefore must be sold first. 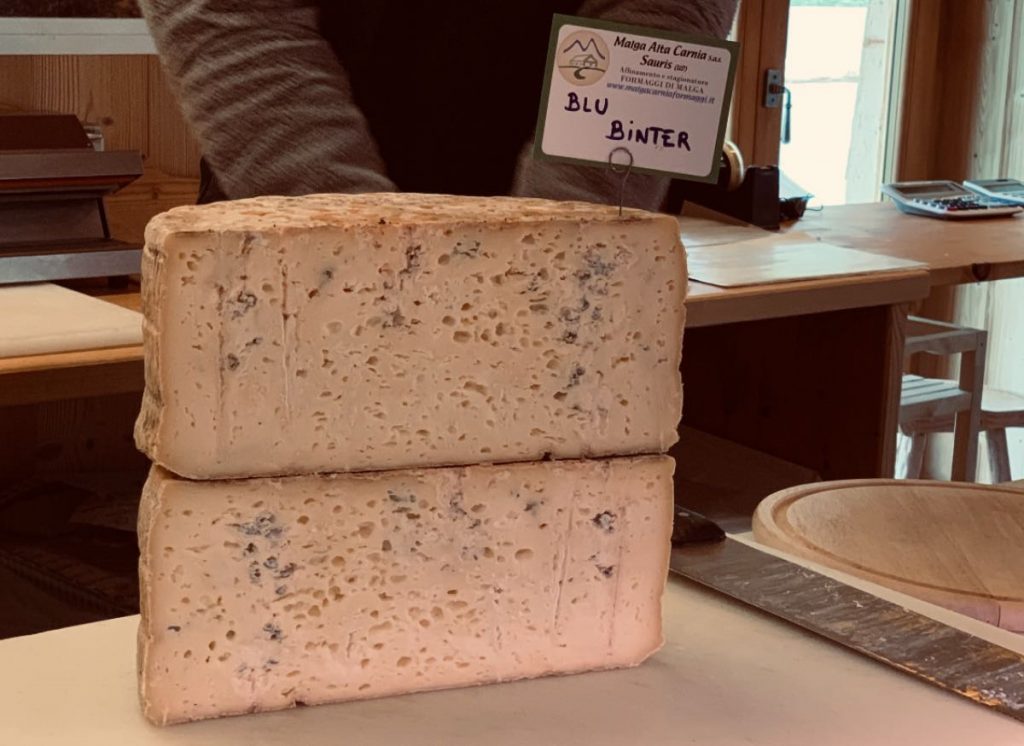 The products of Malga Alta Carnia

However, to favour the “crossing the finish line,” in a path that is anything but linear, it is not only Sebastiano’s promptness of intervention but also the excellent health level of the cellar, which allows the development of “good” spores – including Penicillium Roqueforti – from which dairy specialties such as Blu Binter are born, a natural blue cheese, characterised by a mottled and creamy paste, with white, green and blue streaks, and which on the palate reveals a taste of freshly baked bread and delicate spicy notes. Sebastiano has in fact recently also been producing blue cheeses, according to the traditional method: wheels are pierced in several points to let air in, and allowing the growth of mold, just as it once was done. In addition to blue cheeses, which are displayed on the cheese trolley, there are also the more particular ones, for example aged with beer, hemp or aromatic herbs, thus giving the cheese a more complex taste. Just as complex as the job of the affineur who, in his cellar, rediscovers the flavour of time, the authenticity of ancient gestures brought back to mind together with the bucolic taste of living in harmony with nature and the seasons. 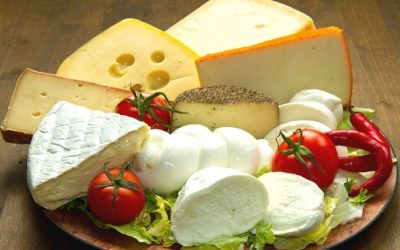 The French love mozzarella, Americans love Pecorino, the Chinese a...