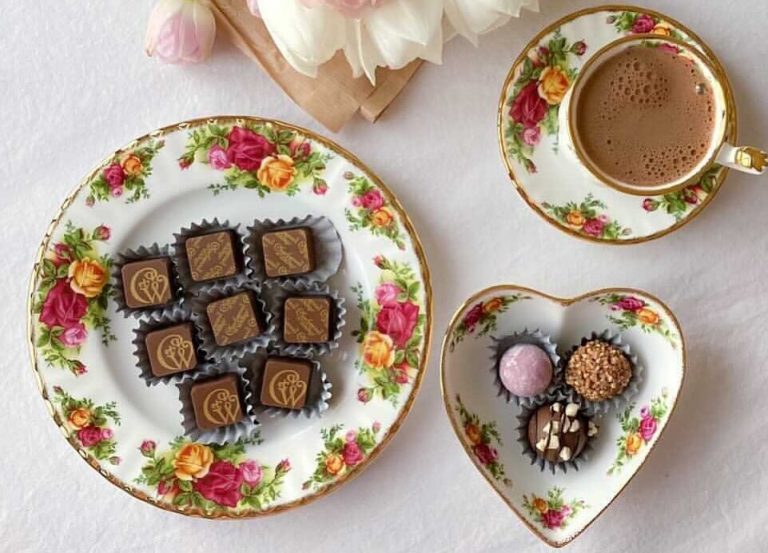 Everyone loves chocolate, including royals. In London, the Royal Family has always procured theirs at Charbonnel et Walker, Princess Diana's (and others') favourite chocolate shop.

The British hold a true passion for chocolate. Two brands above all - Cadbury and Galaxy - represent Britain's national confectionery industry, but the most famous name in London for true chocolate lovers is Charbonnel et Walker, which has recently reappeared in the British news because it was also chosen by singer and songwriter Taylor Swift, who appears to share the same tastes with Princess Diana, one of the brand's earliest fans, and the Queen herself. Let's retrace the history of this chocolate shop: founded in 1875, it is one of the oldest shops in the whole country. It was founded by Mr Walker and Mrs Charbonnel, encouraged by Edward VII, then Prince of Wales, who prompted them to open the shop at 173, New Bond Street, in the heart of Mayfair.

The London chocolate so loved by the Royal Family

To this day the chocolate shop is still located there, in the elegant Royal Arcade, where several members of the Royal Family have shopped (in Italy, however, Pelino sugared almonds conquered the palate of nobility). Princess Diana, but also Princess Margaret and Prince Francis of Teck, and including the Queen. According to the British press, Her Majesty purportedly chose similar chocolates to those bought by Taylor Swift, recently spotted in the shop. Master chocolatier Adam Lee said they both prefer "very floral flavours." But the choice in the shop is wide, and able to satisfy every palate. All the specialties are made by hand according to the original recipes of Madame Charbonnel, who before opening the business had worked in France for the prestigious Maison Boissier chocolate shop in Paris.

The pinnacle of production has always been dark chocolate, which gives life to pralines and truffles sold in elegant artisan packaging fastened with satin ribbons, another pride of the laboratory. In addition, there are excellent 'after dinners,' truffles and special lines designed to amaze even the most demanding consumers. Like the 007, which celebrates one of the cult icons of British cinema, a series of "shaken, not stirred" chocolates, as the famous joke goes, designed to pay homage to James Bond films with themed packaging or particular fillings, such as truffles with Dry Martini. There are also products designed for special occasions, such as weddings or celebrations, and recently also a selection of vegan pralines. In addition to the historic Bond Street headquarters, Charbonnel et Walker chocolate has 5 other luxury stores in London.