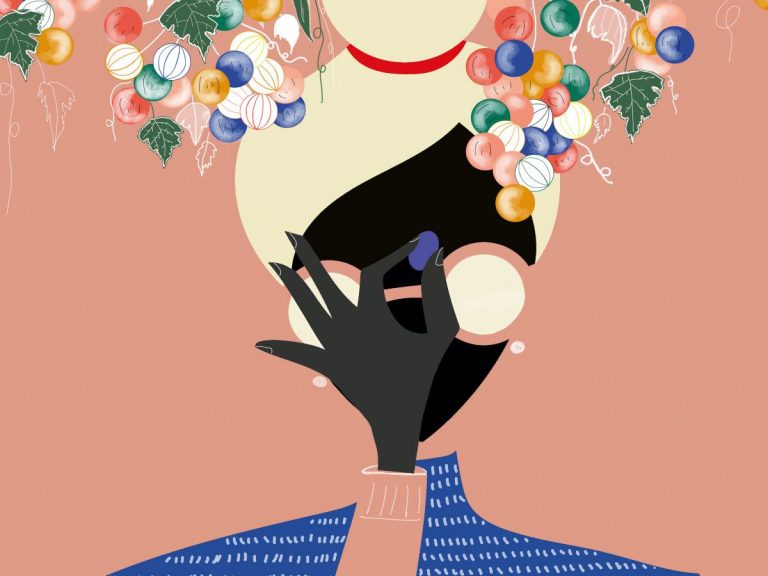 THE GAMBERO ROSSO FOUNDATION IS STARTING A NEW COLUMN DEDICATED TO WOMEN. NOT ONLY BECAUSE WE BELIEVE IN PINK QUOTAS, BUT BECAUSE GENDER AWARENESS-RAISING IS ESSENTIAL. AND IT IS JUST AS IMPORTANT TO BE THE VOICE OF WOMEN WHO HAVE ACHIEVED BRILLIANT GOALS IN THEIR FIELD. HERE THE INTERVIEW WITH THE BUSINESSWOMAN FROM THE MARCHES ANGELA VELENOSI.

It is undisputed that the pandemic has hit women the hardest: in Italy, for example, in December 2020 alone, 98% of the 101,000 jobs lost in Italy were held by women. Gender inequality also affects the gender pay gap (imbalances in earnings between men and women, one of the highest in the European Union) and many other spheres of our society. This is a snapshot of our country that we hope will soon change – on 13 October, the Chamber of Deputies unanimously approved a bill to reduce the pay gap and encourage women’s participation in the labour market – that has prompted us to promote the topic of "Gender Equality" promoted by Gambero Rosso Foundation, created with the aim of giving attention and prominence to social and research issues that our business group constantly follows.

The meeting on 17 November with the Italian Minister for Family and Equal Opportunities, Elena Bonetti, and the Department for Equal Opportunities, had the aim of confronting and promoting stimuli and ideas regarding the first National Plan for gender equality and the initiatives put in place by the Ministry in the PNRR (Recovery and Resilience Plan). In the meantime, we are also starting a column that collects testimonies of women who have achieved significant goals in their field. Interview with Angela Velenosi, businesswoman and owner of Cantina Velenosi

As a woman, what obstacles have you had to overcome in your career?

It depends on the moment in my working life. I started my business in 1984 and at that time in Italy the businesswoman model was almost completely missing. I was 20 years old and I was starting it in a male-dominated sector, where the only women played the marginal roles of wives, sisters and mothers. In order to make my way, I had to fight against preconceptions, I had to study a lot and set myself strict rules. The preconceptions came mainly from my family: I left two small children at home to attend international fairs and promote my wines. The effort was enormous, both because Rosso Piceno and Falerio were unknown appellations and because my family members criticised me.

What strict rules do you refer to?

For example, don't stay too long at dinner or don't get in someone else’s car to avoid odd conversations. Working with wine, alcohol sometimes becomes an excuse for undesirable behaviour. Despite this, I have had to fight for a long time against slander, which suggested that I was awarded the prizes because of me and not because of my wines. I have never tolerated such humiliation.

How did you manage to overcome obstacles and slander, and achieve your current role?

Perseverance, confidence and passion. I succeeded because I was determined, because I put love and passion into it, because I studied. I really made heavy sacrifices for my work, putting it before everything else. Thanks to these sacrifices and trust in my wines, I understood the market and how to position my wines.

In your current role – you are the owner of Cantina Velenosi – what management levers are you using to facilitate the female world?

I don't believe in pink quotas, but in the value of my employees. At Velenosi we have 44 permanent employees and more than half are women. What’s important is that women are present in all departments. I hired them because they are competent, tenacious and above all they contribute actively to the company life.

Which proposals or changes would you submit to the government authorities to speed up the achievement of equality?

Today, the biggest challenge of working women is childcare facilities and support, an ongoing concern for mothers. Without it, no woman will ever have the same possibilities as a man. Very often gender equality is considered as an abstract concept, when in fact the necessary measures are very practical. The public sector plays a major role to meet these needs.

What methods and formulas do you suggest to make the male world aware of this gap? A gap that also has negative consequences on the GDP.

My experience has taught me that raising awareness among men is not easy. This is not the women battle, this is our battle as citizens and workers eager to contribute to the growth of all. Some still believe that women's emancipation means imitating men in their worst vices. Emancipation means having the opportunity to study, to make one's own choices, to become aware of one's own power and abilities. Bridging this gap would build a fairer society and increase its welfare. The economic and social repercussion are obvious, and I trust the men of tomorrow: they must become allies in this change.

What message or advice would you give to women who have the ability and desire to stand out, particularly those who are still struggling, and to the younger generations?

I would advise the businesswomen of tomorrow to believe in themselves, to cultivate their passions, to study and not to stop betting on themselves. Find a mentor, a professional that you admire and get advice. I think it's crucial to give the younger generation an ego boost, because we can't just think negatively. I have climbed the mountains of my profession and I am convinced that others can follow suit. The sacrifice should not be underestimated, but it is worth it.

Tell us an anecdote (positive or negative) from one of your experiences on the subject.

My father wouldn't talk to me any more. I separated from my husband, I was always away from home, I didn't accompany my children to school, I didn't attend class meetings. In his eyes, I was not a good mother. Our relationship was over. He was old-fashioned and for him I had gone beyond all limits. One day Gianni Riotta, at the time newscast director on the first channel, asked me if I wanted to tell my story as a businesswoman during the economic news. The interview was recorded in Rome, from where I then left for New York. A few days later my interview was broadcast and my father watched it. He was very impressed and called me, but the message went to my answering machine. When I turned on the phone, I listened to it. He apologised while crying for not having understood how many sacrifices and how much effort I had had to put into my job. I was thrilled that my father could finally see me not only as a mother, but also as a businesswoman.