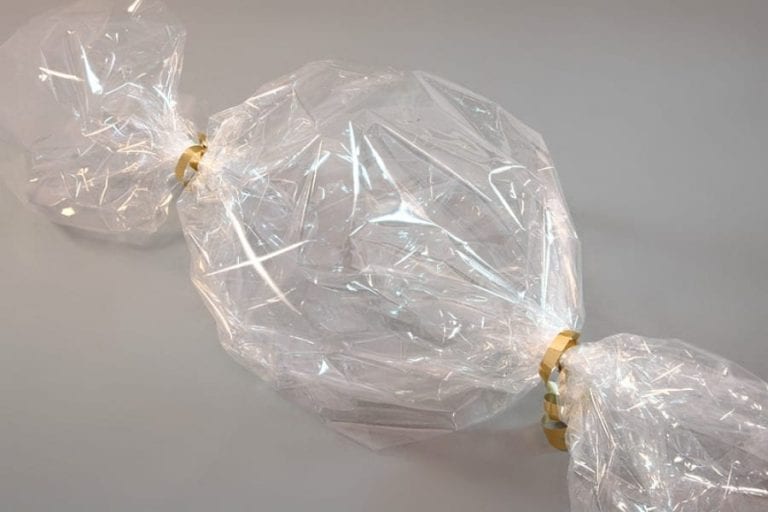 This could be the beginning of the food packaging revolution: 100% edible plastic film developed by American research teams and recently presented at American Chemical Society’s National Meeting press conference.

Edible food packaging made from milk proteins was developed by a team of researchers at U.S. Department of Agriculture. Presented at the annual National Meeting & Exposition of American Chemical Society, the plastic film is made from casein and completely edible. This could mean a veritable revolution in the field of packaging.

Disposing and recycling of packaging used by the food industry is a delicate issue. According to the latest report by World Economic Forumreleased in January 2016, 32%of all plastic products ends up in oceans. At this rate by the year 2050 our oceans will have a larger density of plastic than of fish. A large part of these plastic products are packaging waste of different industrial sectors, including the food one.

Chemistry however could come to the planet’s aid. The idea developed by American researchers for a small Texan company is now under close examination of the entire scientific community. The new food packaging protein-based film presented at the Philadelphia meeting, as explained by research leader Peggy Tomasula and co-leader Laetitia Bonnaillie, is a powerful oxygen blocker that helps prevent food spoilage just like any plastic film. When used in packaging, it could prevent food waste during distribution along the food chain. Currently tasteless, it can be eaten safely since it contains mainly proteins and no hazardous substances. In the future flavorings could be added as well as nutritious additives such as vitamins, probiotics and supplements.

What's it made of and when will it hit the market

Currently the only commercially available edible packaging varieties are made of potato starch, which is more porous and allows oxygen to seep through its microholes. These casein-based films are up to 500 times better than plastics at keeping oxygen away from food. Initially the researchers’ first attempts using pure casein resulted in a strong and effective oxygen blocker, would dissolve in water too quickly. They made some improvements by incorporating citrus pectin into the blend to make the packaging even stronger, as well as more resistant to humidity and high temperatures. The two American scientists predict this casein packaging will be on store shelves within 3 years. First applications? Single-serve, edible food wrappers. One mouthful, wrapper and all.